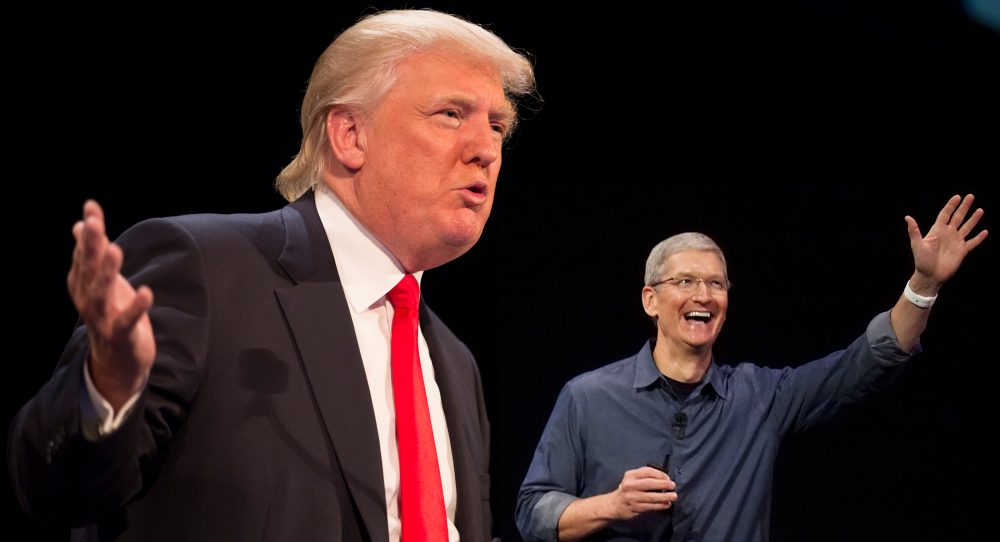 According to President Trump, Tim Cook has “eyes open” to United States-assembled iPhones and a new report from Nikkei reiterates that. According to the report, Apple is “mulling” a joint investment with Foxconn for a $7 billion automated display facility in the United States…

Today’s report, however, details that Apple and Foxconn are considering a $7 billion joint investment in the United States. Specifically, the two parties are mulling a highly automated display facility that would eventually create some 30,000 to 50,000 jobs in the Untied States.

Foxconn Chairman Terry Gou told reporters that Apple is interested in the partnership because it needs the panels:

“Apple is willing to invest in the facility together because they need the [panels] as well,” Gou told reporters after the company’s annual year-end party in the Nankang district of Taipei. The U.S. production site eventually would create 30,000 to 50,000 jobs, the Taiwanese tycoon said.

Gou, however, expressed doubt as to whether or not Americans would be willing to pay more for a U.S.-made product. To help combat the more expensive production in the United States, Gou pleaded with U.S. officials to offer concessions on the price of land and electricity:

“In the future they may be paying some $500 more for [U.S.] products, but those do not necessarily work better than a $300 phone,” he said, after urging U.S. authorities to provide concessions on land and electricity to facilitate Foxconn’s manufacturing operations.

Last week, we ran a poll asking two questions: “Should Apple manufacture the iPhone in America?” and “Would you pay more for an America-made iPhone?” The majority of readers respond that Apple shouldn’t have to make iPhones in America and that they wouldn’t pay more for an iPhone made in America.