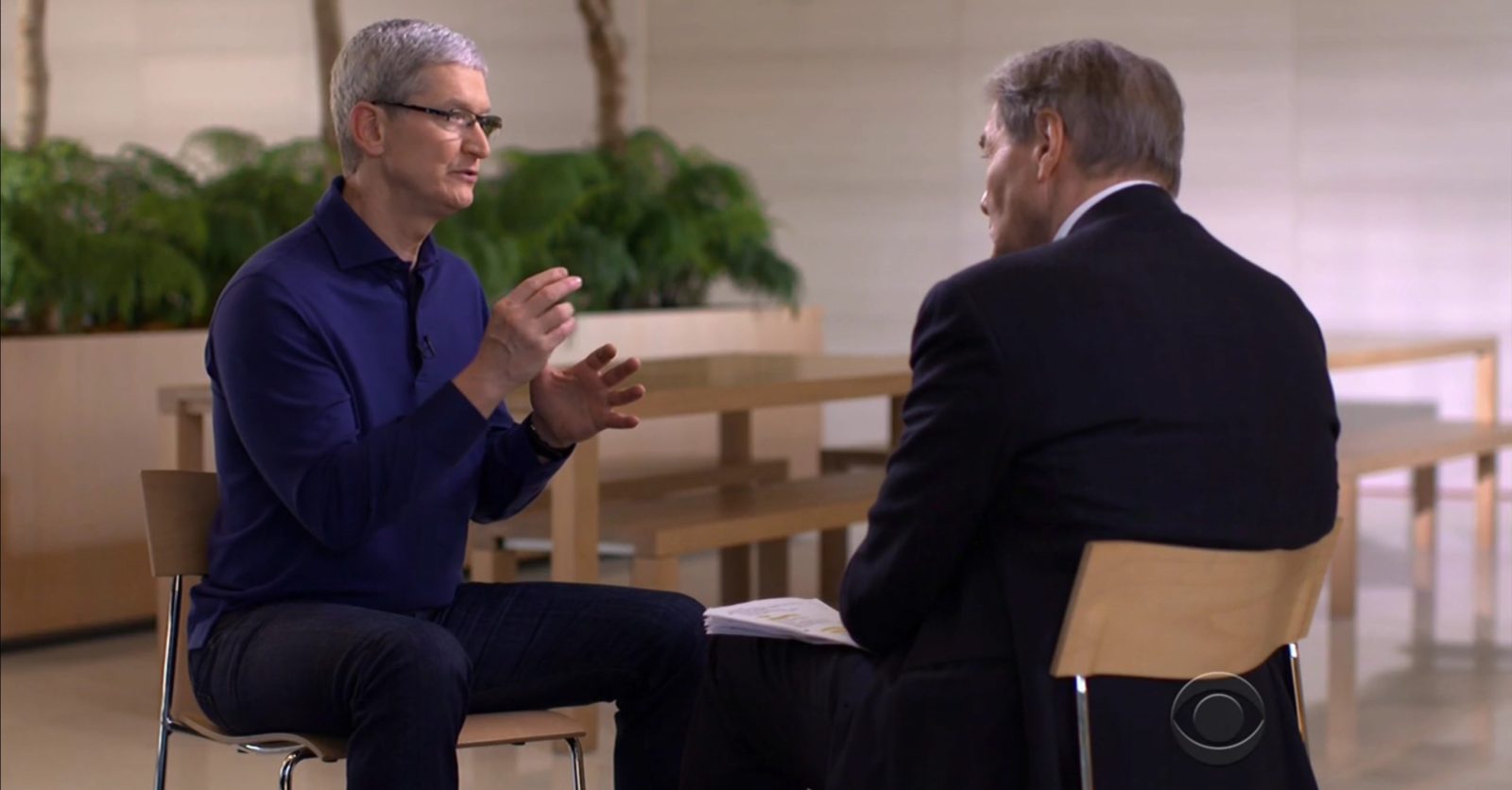 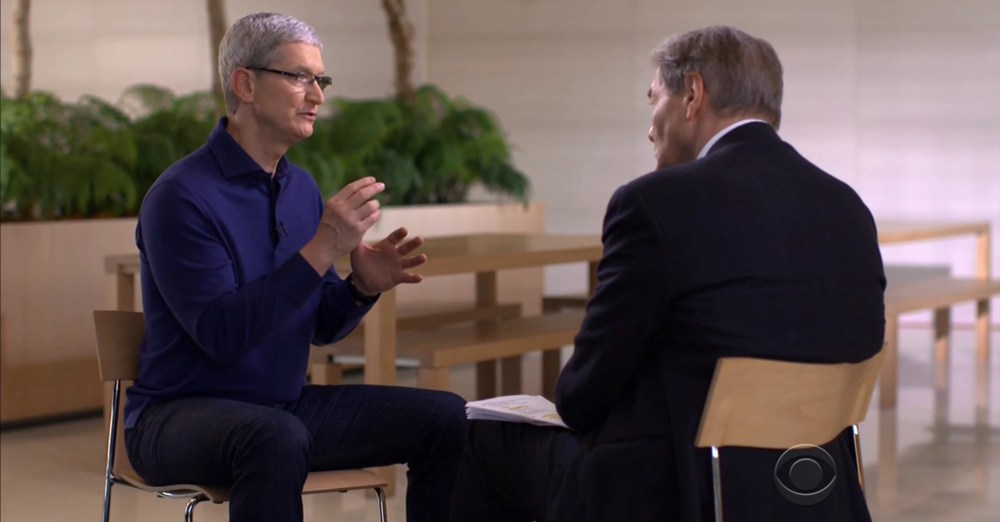 Update: We’ve updated the 60 Minutes Apple episode via Vimeo at the bottom

As expected, this weekend’s episode of 60 Minutes on CBS was chockfull of Apple news and anecdotes. Retail chief Angela Ahrendts, design head Jony Ive, CEO Tim Cook, and many more all joined host Charlie Rose to discuss a wide range of topics, including encryption, terrorism, design, retail, and much more…

First off, Cook again talked about how users shouldn’t have to choose between privacy and national security. “I think that’s an overly simplistic view,” Cook explained. “We’re America. We should have both.” Building on that, Cook reiterated the fact that there shouldn’t be a backdoor for anybody into consumer devices. This is a stance Cook has taken many times in the past, despite the recent issues of terror around the world.

Cook explained that iOS devices nowadays hold so much personal information, including health data, financial data, intimate conversations, and much more. It takes a special key to access that data, Cook said. And that’s a key to which even Apple doesn’t have access.

“If there’s a way to get in, somebody will find the way in. There have been people who suggest that we should have a back door. But the reality is if you put a back door in, that back door’s for everybody, for good guys and bad guys.”

Moving on, Cook and Rose discussed Apple’s use of Chinese labor and some of the issues that go along with it. Cook said that Apple’s use of foreign labor has nothing to do with wages, but rather with the skills that those workers possess and many American workers lack. This, Cook explained, is due to China putting an enormous focus on manufacturing, while the U.S. moved away from a focus on vocational skills:

Rose then asked Cook about recent allegations that Apple has moved away from the drive to perfect products that it had under late-CEO Steve Jobs. Cook said, however, that Apple is still very much Steve’s company. “This is still Steve’s company,” Cook said. “It was born that way, it’s still that way. I’ve never met anyone on the face of the earth [like Jobs],” Cook remarked. “He had this incredible and uncanny ability to see around the corner. Who had this relentless driving force for perfection.”

Cook and Rose also talked about what exactly it takes to get a job at Apple. Cook explained to Rose that it takes a lot more than just a skill to work in Cupertino. Rather, people at Apple have to have an uncanny drive at wanting to change the world and have to be idealists who dream big and can know what kind of technology is the future.

When asked how Apple looks for people like that, Cook was quick to note that the company doesn’t test, but rather looks people, again, with a drive and a passion:

We don’t test. We don’t put someone through one interview. We have like 10 or 12 people who interview. We look at candidates through different points of views and we have a very diverse population. We’re looking for wicked smart and people that have a point of view and can debate that point of view.

Also this week, Charlie rose got a demonstration of iPhone camera technology from Apple’s senior director of camera hardware Graham Townsend. Townsend showed how Apple simulates every possible lighting situation in its labs to ensure that the iPhone is capable of handling anything a user throws at it.

Rose also got a look at the weekly, mandatory executive meeting held at Apple’s headquarters every Monday. Attendance, Rose explained, is mandatory.

Next, Rose got a tour of Jony Ive’s uber secret design studio. Rose first noticed that nearly all of the tables in the studio were covered up with blankets, which Ive said is due to the fact that if Rose could have seen what was there, he would have seen a “glimpse of the future.”

Ive then showed Rose the 10 different variants that Apple considered for the iPhone 6s and iPhone 6s Plus. Ive explained that the reason Apple chose the design it did was because of an “emotional” connection Ive and his team felt to the design.

Rose was then taken to an unmarked building off of its main campus. The building, unknown to Rose, turned out to be a mockup Apple Retail Store. Rose then talked to retail chief Angela Ahrendts, who said that she holds meetings in that mockup store every week to discuss potential changes to retail design and more. 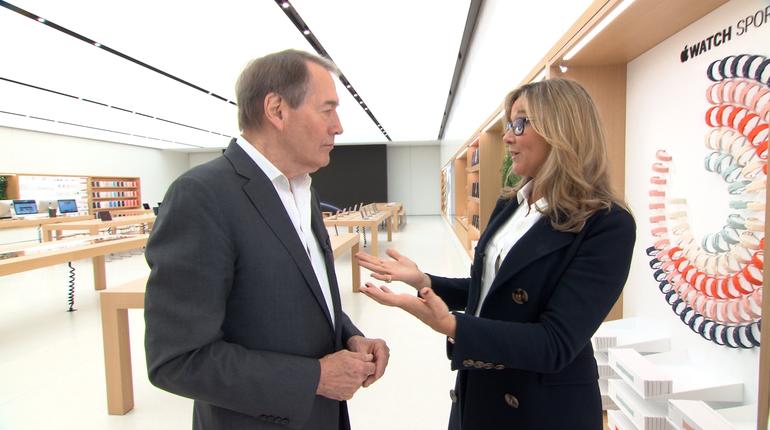 Rose and Cook then discussed Apple Watch and some of the allegations that it’s not as refined as it should be. “Every product can be improved,” Cook explained. “And the Watch is no exception to that. I’m not disappointed in it. When we launch a product, we’re already working on the next one. And sometimes even the next next one. We always see things we can do to improve,” Cook said.

Finally, Cook was asked about the potential of Apple developing a car and as he has done in the past, he avoided the question. “One of the great things about Apple is that we probably have more secrecy here than the CIA,” the Apple executive joked.

Ive, when asked about the idea of Apple becoming “too rich” said that it’s certainly a possibility.

“That possibility absolutely exists. I think one of the things that also has the possibility to exist is that our heads are down on these tables worrying about these designs and our heads don’t tend to be up looking around us. We’re more aware of us and the perfection we’re chasing.”

Cook and Rose also dove into the personal details of Cook’s life, including his decision to come out as gay. Cook explained that while he is a very private person, he did it to help those who struggle with that aspect of their lives.

“I value my privacy. I’m a very private person. But it became increasingly clear to me that if I said something, that it could help other people. And I’m glad because I think that some kid somewhere, some kid in Alabama, I think if they just for a moment stop and say, “If it didn’t limit him, it may not limit me.” Or this kid that’s getting bullied or worse, I’ve gotten notes from people contemplating suicide. And so if I could touch just one of those, it’s worth it. And I couldn’t look myself in the mirror without doing it.” 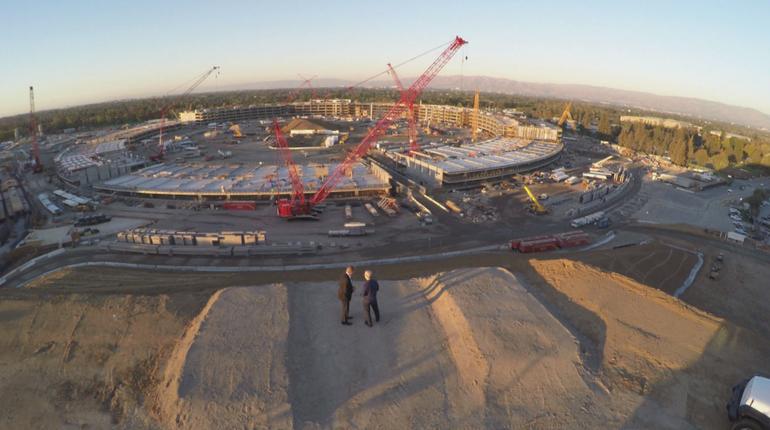