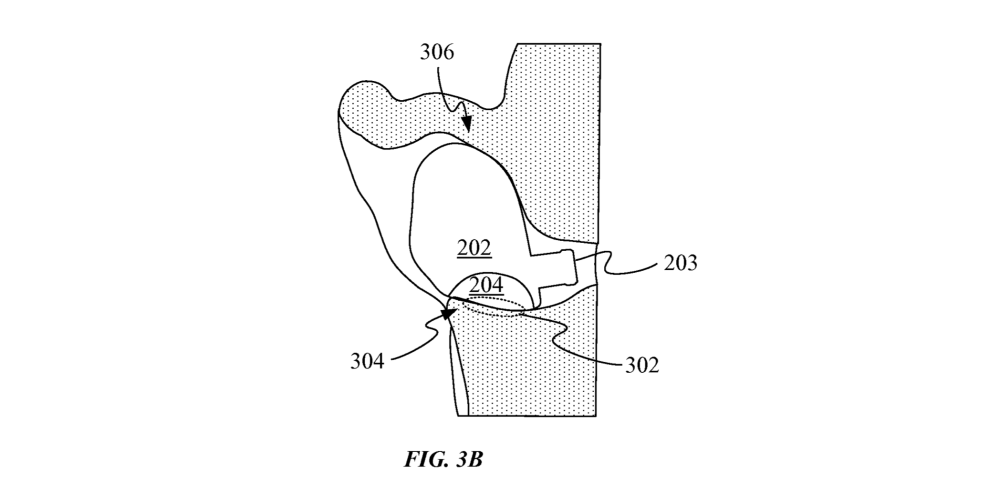 Earlier this year, we outlined a few possibilities as to what could come to Apple’s AirPods with future iterations, noting specifically of more advanced fitness features. Paving the way for such improvements, the U.S. Patent & Trademark Office today published three patents that it has granted Apple related to new fitness and biometric features for earbuds…

As noted by PatentlyApple, Apple’s series of new patents is simply called  “Earbuds with Biometric Sensing.” These aren’t the first patents that Apple has been granted for biometric features, either.

The patent filing shows how a photoplethysmogram, or PPG, sensor could be added to an earbud so that it sits in the tragus part of the ear. This would allow for the earbud to monitor biometric data that the PPG sensor collected. Currently, Apple uses the same technique with the Apple Watch.

The problem with bringing the technology to AirPods, or other earbuds,  is that in most cases, the exterior surface of an earbud doesn’t make sufficient enough contact with the ear to provide accurate biometric information. Apple’s latest series of patents, however, detail how to get around the limitation.

One possibility detailed in the patent filings is to place the PPG near the speaker opening of an earbud. This would allow the sensor to make contact with the tragus, which is located in the front of the ear canal. In order to ensure that there is a solid seal between the tragus and the PPG sensor, Apple’s patents detail a retaining wall be positioned on the opposite end of the PPG sensor, thus engaging the concha of the ear.

In the figure above, #204 would represent the biometric sensor. The below figure shows a broader look the design of the earbud. 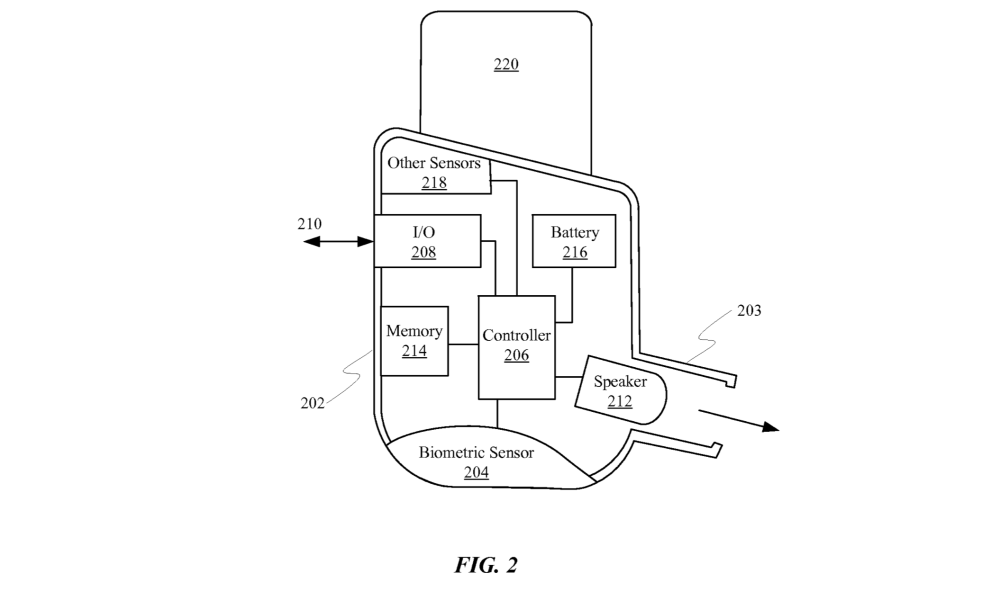 As for what type of measurements such earbuds would be able to make, Apple points to sensors like ones for heart rate, VO2, galvanic skin, EKG, impedance cardiography, and temperature.

Apple’s patents also detail how Apple could arrange three microphones in a triangular configuration to improve noise cancellation with future earbud designs. Noise cancellation is an area where Apple’s AirPods have been criticized in the past.

As always with patent filings, you should take them as they come. Patent filings don’t usually mean that we’ll see a feature in the next update to a product, but rather they serve as more of a broader look at what a certain product could have the potential for.