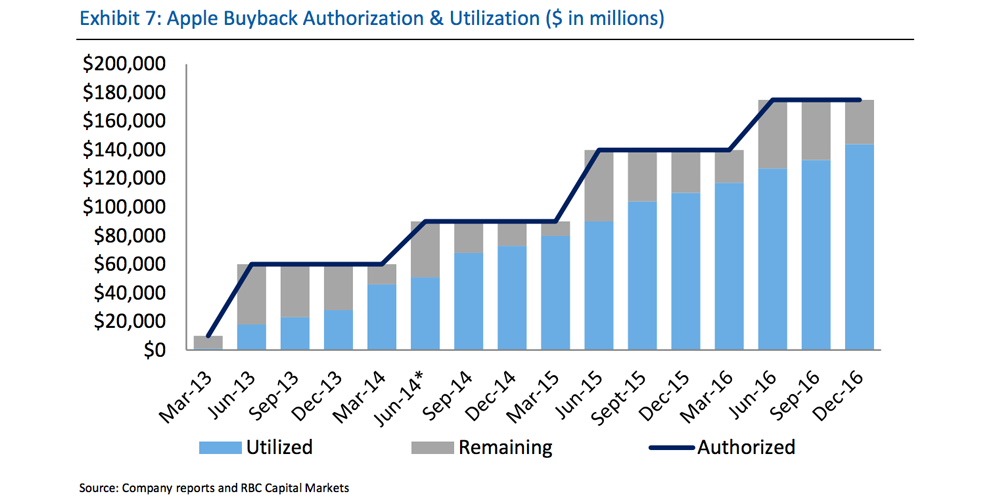 The note included the above chart, showing the amount of money Apple has so far allocated to – and spent on – stock buybacks between March 2013 and the end of last year.

The note also calculates that Apple has spent an average of $2.9B per quarter on dividend payouts since 2012, with Daryanani suggesting that Apple may announce an increase to its capital allocation program in its next earnings call.

One big unknown is whether or not Apple would be able to repatriate any of its overseas cash without losing much of it to tax. Most of the company’s $246B cash reserves are currently held outside the US. President Trump has promised to enable companies like Apple to bring home cash from overseas subsidiaries while paying just 10% tax on it rather than 35%, but he has yet to put forward any concrete proposals.

Apple is currently in the ironic position of sitting on large piles of cash while simultaneously borrowing money on the bond markets to fund its stock buybacks and dividend payments. The low rates of interest it is able to offer make this arrangement worthwhile, with the additional benefit of saving dividend payments on all the stock it purchases.