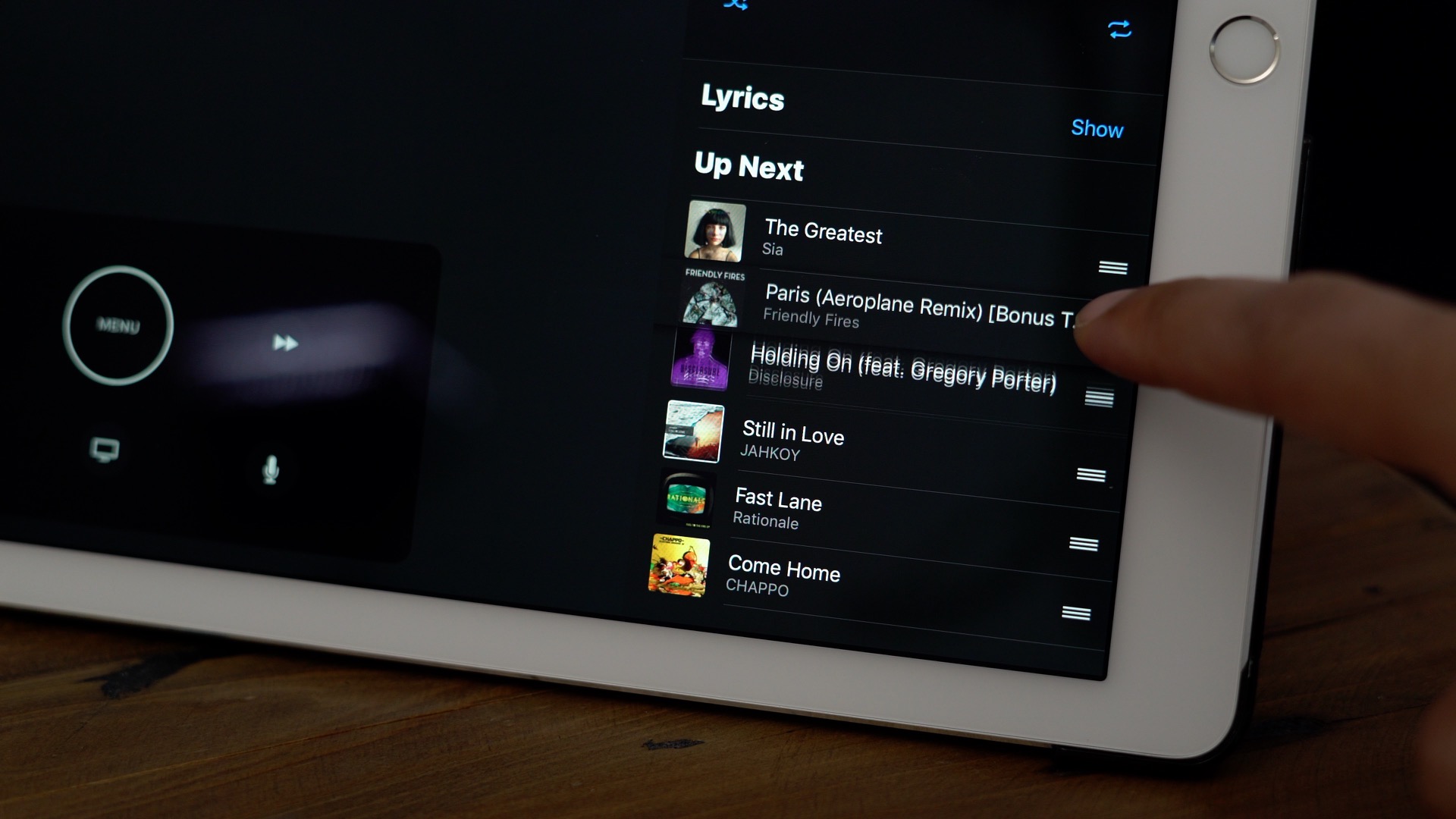 As we noted in a prior post, Apple has updated its Apple TV Remote app to version 1.1. This latest version, which comes on the same day as tvOS 10.2 and iOS 10.3, brings long-awaited iPad support to the table.

Here is the official change log for Apple TV Remote 1.1:

Unfortunately one of my main complaints about the initial Apple TV Remote app release — the lack of software volume controls — has yet to be addressed. I understand that the hardware version of the remote utilizes its built in IR blaster to communicate with a television, but it would be nice if there was a software provision for adjusting volume via the app.

Be sure to watch our previous hands-on video (embedded below) for more overall details on what the app has to offer. Do you plan on utilizing the iPad version of the Apple TV Remote app now that it’s available?