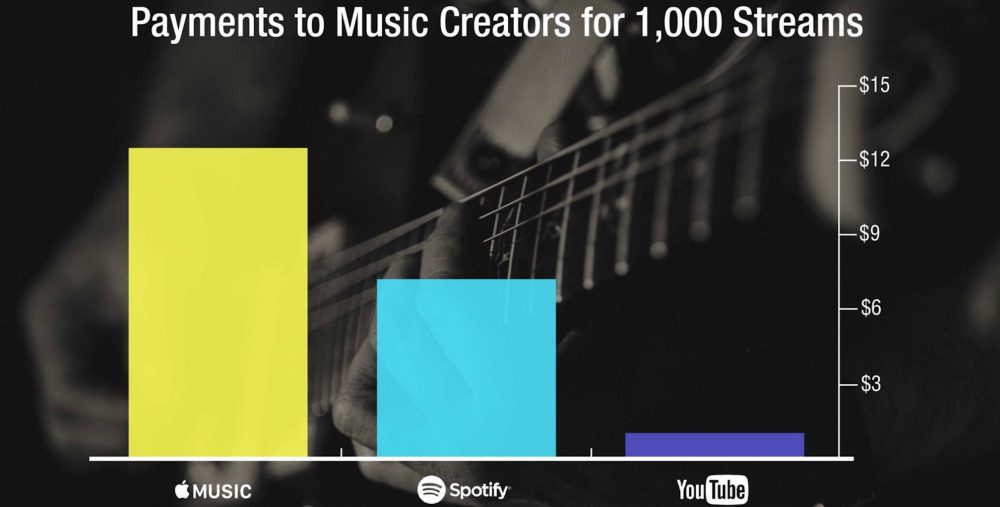 Perhaps most notably, the report states that streaming music revenue from Apple Music, Spotify, Pandora, and YouTube made up the majority of that revenue for the first time ever.

2016 overall represented a strong year for the music industry. Showing 11.4 percent growth year-over-year, the music industry saw the biggest increase in revenue since 1998 when CDs were the primary source of revenue. At that time, six times more CDs were sold than today.

In the grand scheme of things, however, the music industry is still significantly smaller than it once was. The RIAA notes that revenues are half of what they were in 1999, during the CD-driven era.

Although our 2016 revenue report catalogues substantial overall improvement for the industry, revenues are still only about half what they were in 1999, and revenues from more traditional unit-based sales (physical products and digital downloads) continued to decline significantly. 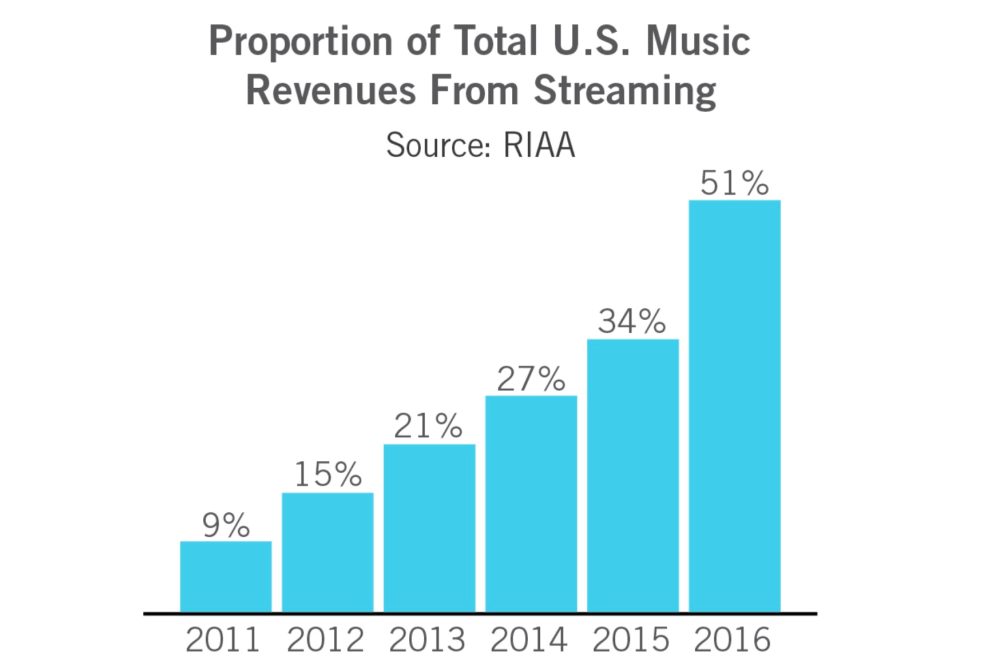 The unfortunate reality is that we have achieved this modest success in spiteof our current music licensing and copyright laws, not because of them. That’s not the way it should be. For example, it makes no sense that it takes a thousand on-demand streams of a song for creators to earn $1 on YouTube, while services like Apple and Spotify pay creators $7 or more for those same streams.

Why does this happen? Because a platform like YouTube wrongly exploits legal loopholes to pay creators at rates well below the true value of music while other digital services — including many new and small innovators — cannot.

The latest RIAA report comes after a separate analytics firm claimed that Apple Music has by far the largest user base thanks to the three-month free trial. Coupled with the RIAA report, Apple Music increasingly looks like the best option for artists when it comes to streaming music services.