This is the place to catch up on all the biggest product announcements, hardware, apps, synths, Logic/GarageBand instruments and so much more in the world of iOS/Mac music production. This week, we say goodbye to an old friend, Cubasis for iOS gets some major new enhancements, we have an epic new AU instrument from Spitifire and the fantastic Magellan synth is 50% off on mobile. But most exciting of all, we get a brand new walkthrough video of what has to be the absolute best iPhone companion device ever: the OP-Z from Teenage Engineering!

All this and more in this week’s top iOS & Mac music production news:

Cubasis for iOS gets a major new update, still 50% off

Cubasis for iOS gets a major update this week, and it’s completely free to all existing users. By far one of the best DAW options on mobile, we are getting a complete refresh of the MIDI editor, Audiobus 3 support (releasing very soon) and “over 40” more additional enhancements.

The MIDI editor is getting some aesthetic upgrades as well as a number of new visual aids and enhanced zooming. The RoomWorks SE reverb, which has been available on the desktop Cubase app for some time now, is another great addition to Steinberg’s mobile recording suite.

Well we know it’s coming in the Fall, but outside of the information TE has left us on its website we haven’t seen much of the illusive OP-Z. Until Now. Well known internet music gear personality, Cuckoo, has gotten a chance to go hands on with an early model and has been kind enough to give us a fairly lengthy walkthrough. Now this is only a basic look at the synthesis side of things, no video or external screen stuff yet.

This time around TE has opted to leave out the on-board display. Instead users will be using a connected iPhone or iPad as a visual aid. However, the sequencer based system can be used entirely without the screen, as you can see in the video, and those trig Components look interesting to say the least! Components are effects or behaviors that can be used to alter your parts on a step-by-step basis (Retrigs, randomize, reverse exits and so much more).

We loved the OP-1 and couldn’t be any more excited for the release of OP-Z this September. We will definitely be getting our hands on one for a full Logic Pros review.

Spitfire Audio has teamed up with established film composer BT for its first standalone instrument outside of the Kontakt environment. Phobos has a massive 20GB library to support its “molecular loops, patterns and textures”. It is billed as a poly convolution synthesizer. In the developer’s own words “a powerful new device to add a unique timbral expansion to your compositions by unlocking the liquid, morphing and transforming capabilities of convolution.” You can get a full walkthrough in the video above.

BT Phobos will come available on April 6th for an introductory price of $229, before it jumps to the full $299 MSRP.

We say farewell to the Minimoog Voyager XL

Well, I guess this is a bit of sad news, unfortunately. Moog has now announced the discontinuation of the Minimoog Voyager XL, the last synthesizer Bob Moog designed from start to finish. While not exactly something that was ever in my particular budget at around $5,000, it is always sad to say goodbye to a (modern) classic. There are a few left, so you should definitely get on it if you’re interested, but soon enough eBay will be the only place to grab one of these.

We previously had a chance to review the fantastic Sub37 and Sub Phatty analog synths. I was certainly impressed with the quality of those instruments and am more than excited to see what’s next from Moog. 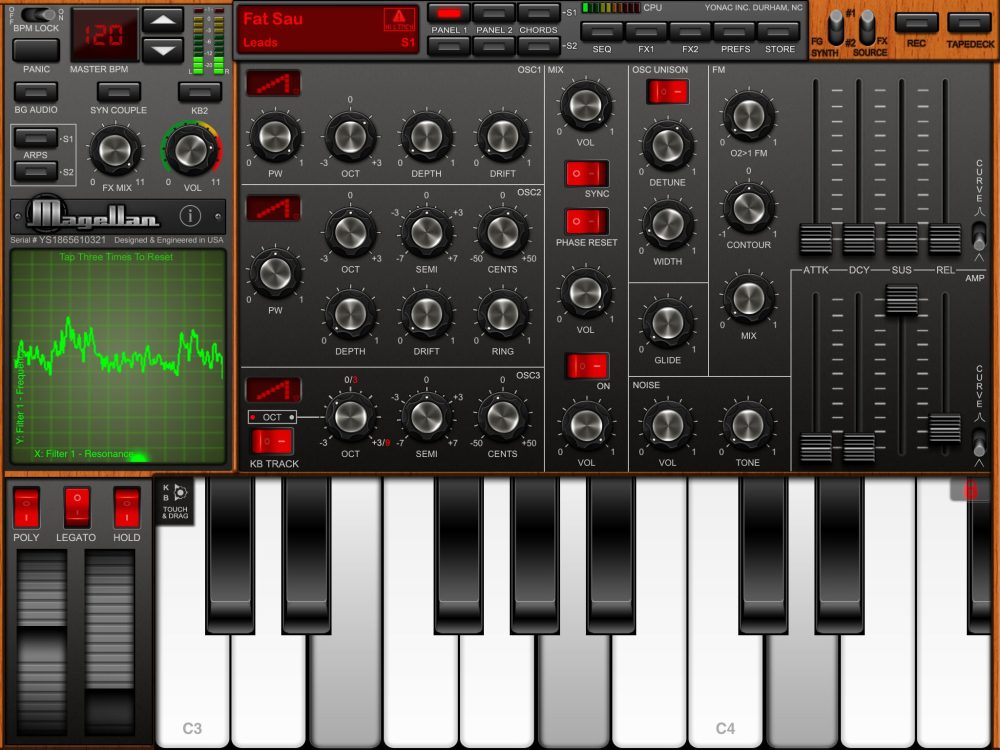 Yonac, makers of the popular Megallan iOS synth, has kicked of its Spring Sale with up to 50% off its most popular mobile sound makers. And in case you missed it last week, KORG still has a number of its iOS synths/bundles on sale still as well: