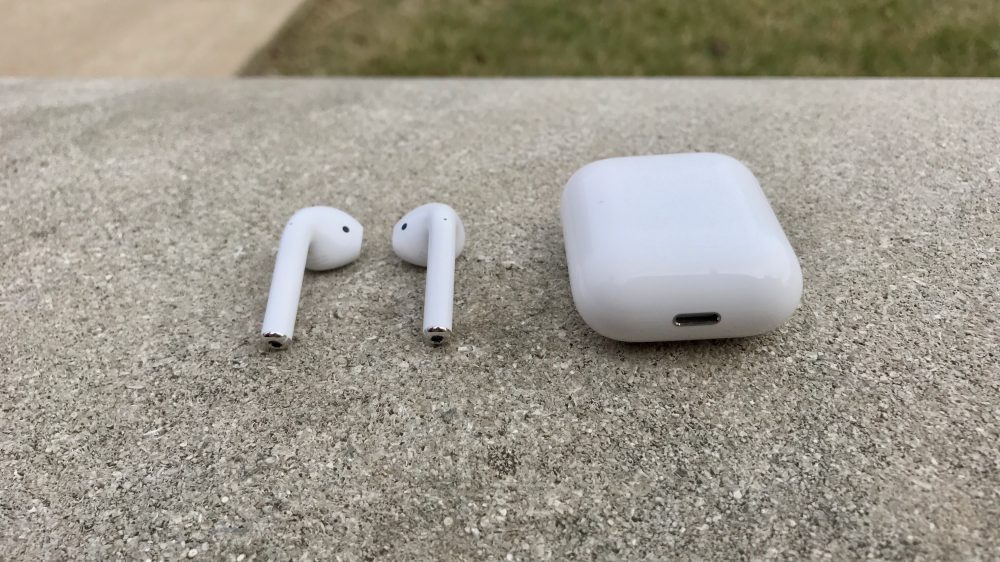 A patent application from Apple details the possibility of a future AirPods case design doubling as a wireless charging dock for the iPhone and Apple Watch. The patent was part of a dump of 250 Apple patent applications from the US Patent Office late last month and discovered by Patently Apple…

The patent application depicts the AirPods charging case doubling as a charger for a variety of products, including the Apple Watch, MacBook, iPhone, and iPad. For instance, you can see a slightly redesigned AirPods case in the graphic above below as an Apple Watch charger with an inductive pad on the back of the case.

The patent application also details the possibility of a waterproof case design. This could hint at future AirPods themselves that are waterproof:

Another aspect of this next-gen AirPods case worth noting was found in patent FIGS. 28 and 29 which illustrate a liquid-tight electrical connector.

Turning the AirPods case into a charging station would increase the usability for users, giving it more functionality than charging just AirPods. With the rumored inclusion of inductive wireless charging with the iPhone 8, it makes sense too.

The question, however, is just how much power the AirPods case could hold. The design of the case shown in Apple’s patent application is more square-like than the AirPods case currently available, which features rounded corners. The different design accommodates for a device laying flat and also the inclusion of more power. 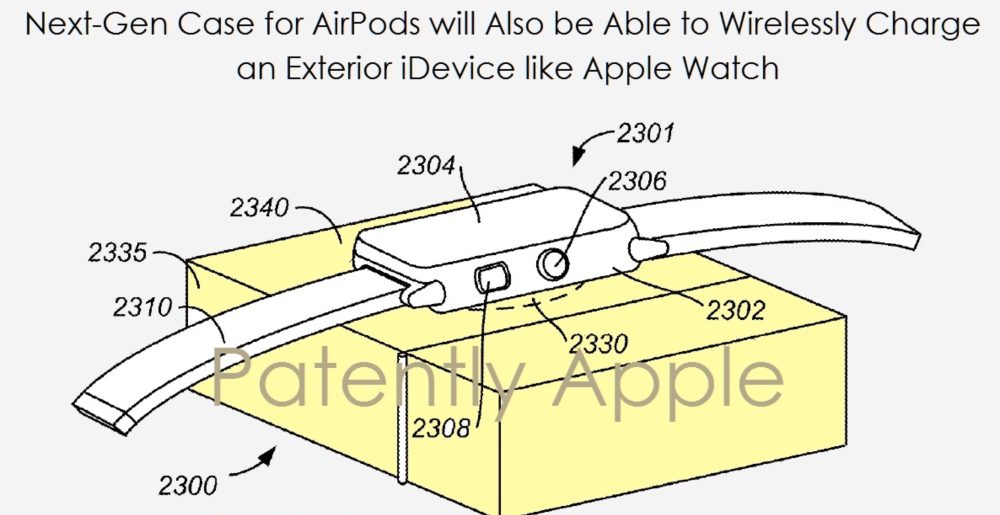