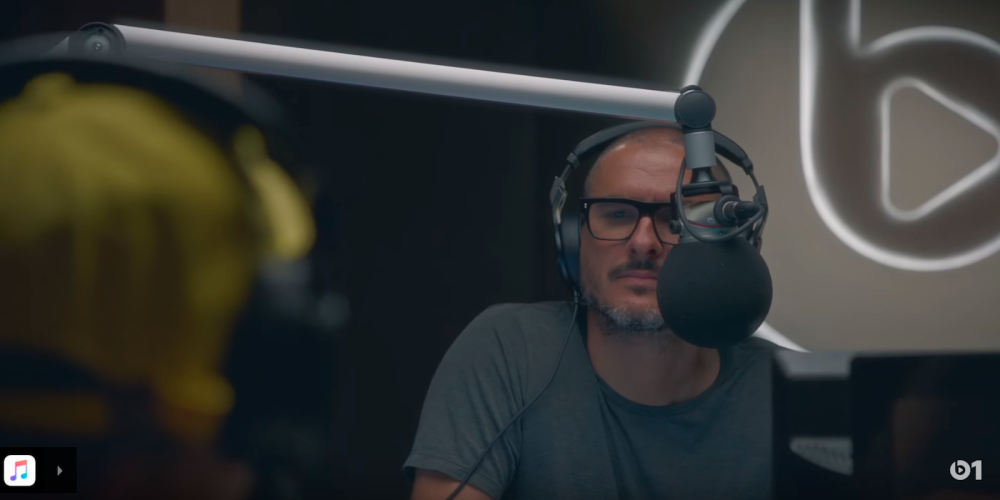 As Apple renovates its Fifth Avenue retail store, it is said to be planning a new area for the store: a Beats 1 broadcasting booth. The move comes following Apple’s recent claim that Beats 1 is the “biggest” radio station in the world…

MacRumors claims that the renovated Fifth Avenue Apple Store will include a “very unique area” dedicated to broadcasting Beats 1. The report cites a “person familiar with the matter” and while specific details are unclear at this point, it makes sense.

Currently, Apple music broadcasts out of three main cities: Los Angeles, New York City, and London. As of now, it appears that Beats 1 NYC anchor Ebro Darden broadcasts out of a studio in the Chelsea neighborhood of Manhattan. With a broadcasting setup in Apple’s Fifth Avenue retail store, however, Darden could theoretically broadcast at least some of his shows from there, perhaps in front of a live audience.

Furthermore, a broadcasting booth would mean that Apple could hold a variety of live interviews and performances in its Fifth Avenue store. For instance, Eddy Cue interviewed Bruce Springsteen at the SoHo Apple Store last September, but instead of streaming on Apple Music, the interview was streamed on Facebook. Holding high-profile interviews and performances in the store would drive traffic to the retail store and also increase the prominence and awareness of Beats 1.

This rumor should be taken with somewhat of a grain of salt as plans could change, but the source has reportedly been accurate in the past.

Apple is currently in the process of renovating its Fifth Avenue retail store to be more than double its original size. Earlier this year, Apple officially relocated its Fifth Avenue retail location to commence renovations. The move came following Apple’s renovations of its San Francisco Union Square retail store with a revamped design and “Genius Grove,” and we’d expect of the same ideas to be applied to the Fifth Avenue store, but perhaps with a Beats 1 broadcasting booth as well.

Apple’s Fifth Avenue store can currently be found at the vacated space of FAO Schwarz, which is just next door to the cube.