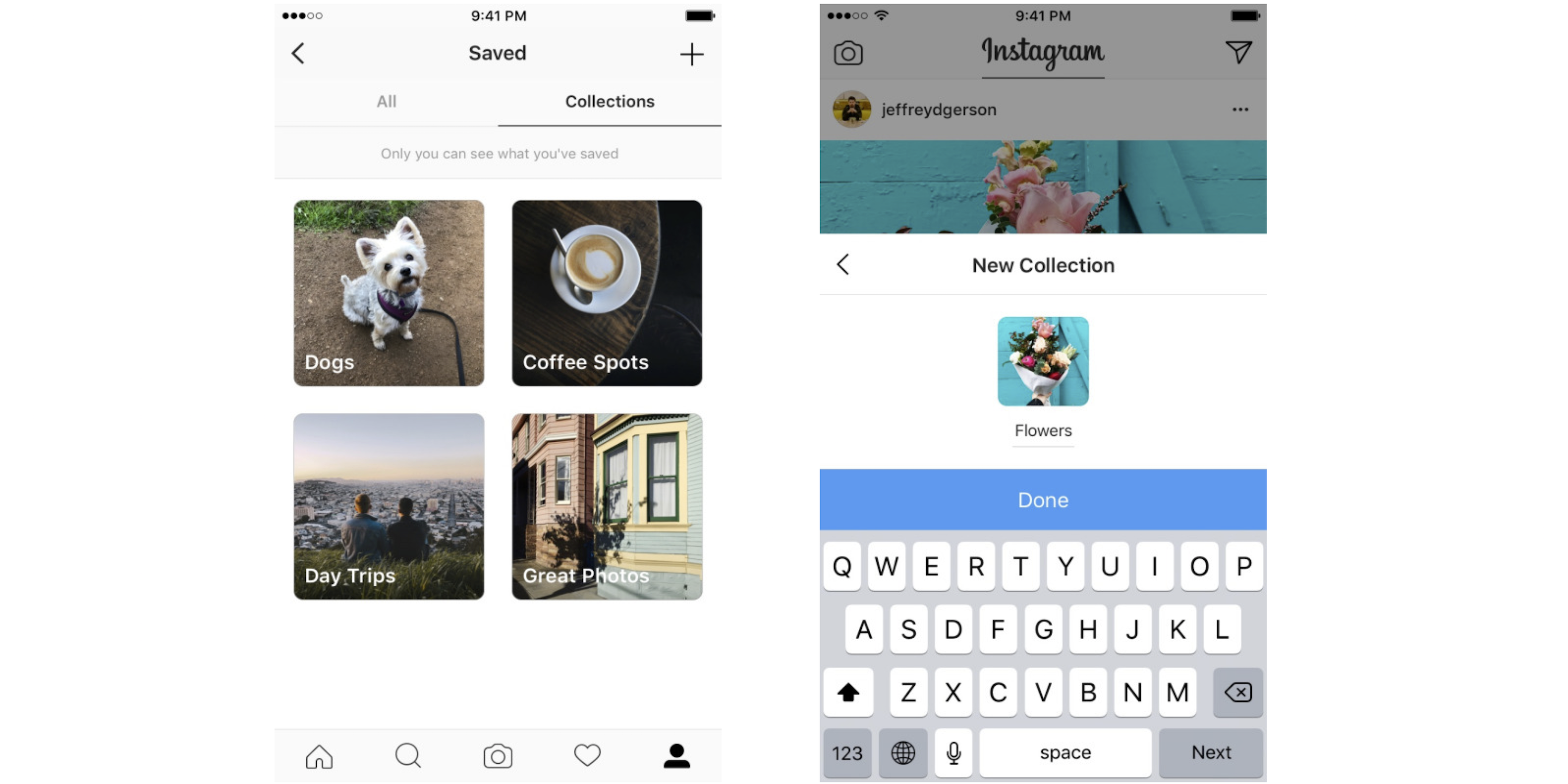 Instagram today announced a new feature for saving posts, allowing you to store them into folders called private collections. You can create multiple collections, meaning you can use the feature to organize posts you might want to reference at a later date. You’ll be prompted to create a new collection when saving a post:

You can create and name a new collection when you save a post, or you can add it to one you’ve already created. You can also create a collection out of your existing saved posts. Tap the plus icon in the top right corner, give your collection a name and select the saved posts you’d like to add.

Once you’ve saved some posts and created a private collection or two, you’ll be able to access them from your profile the same way as you did saved posts previously.

Alongside announcing the new feature, Instagram notes in a blog post that around “46 percent of Instagrammers have saved at least one post” since the company first introduced that feature back in December of last year.

Today’s feature update is one of several in recent weeks for Instagram. The company this month announced new features for stickers, enhanced Direct messaging features to include disappearing photos and video, and also rolled out two-factor authentication and support for downloading live videos to iPhone’s Camera Roll.

The new private collections feature for saved posts is rolling out to the latest version of Instagram, version 10.17, on the App Store now.