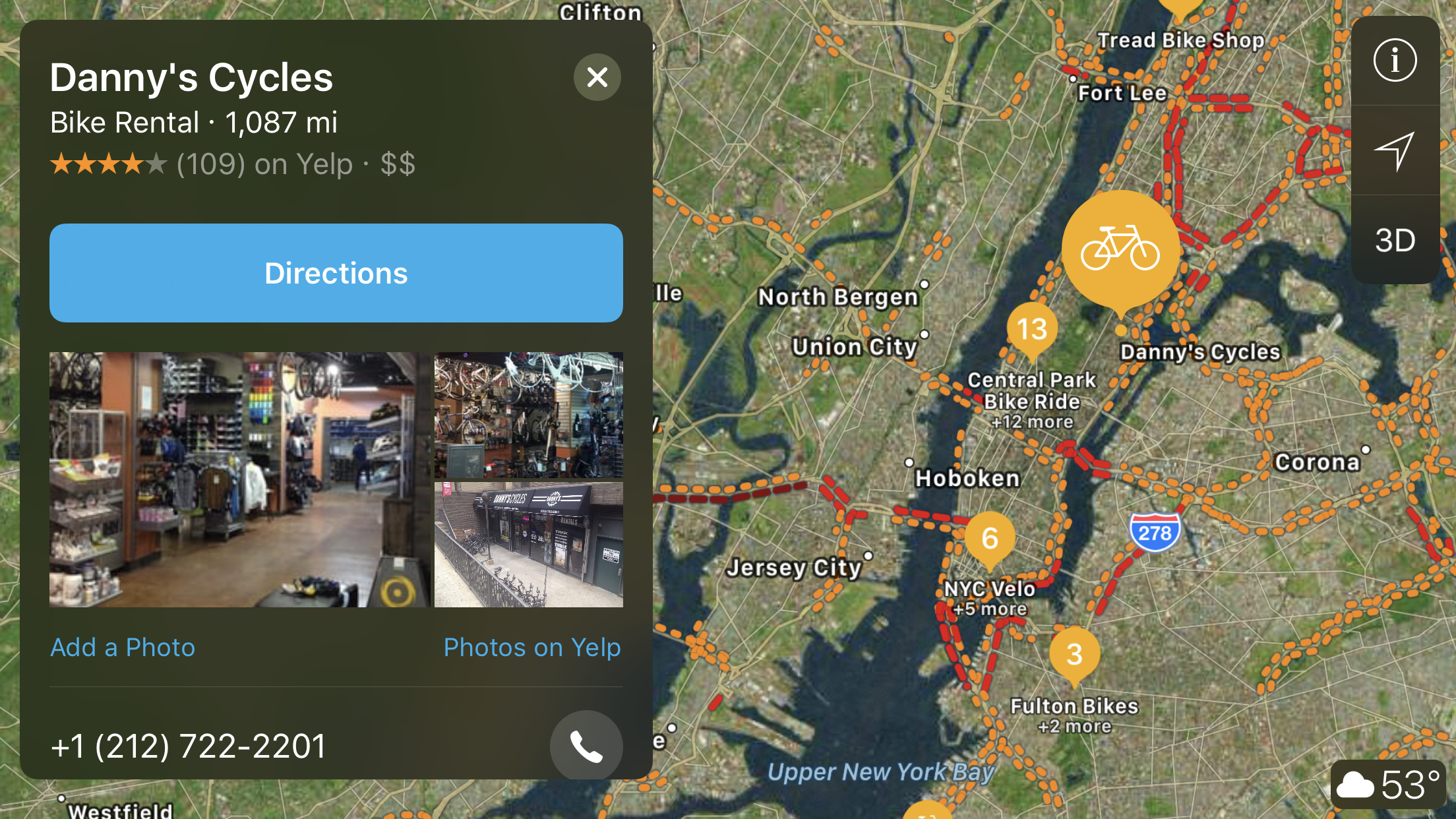 Apple Maps started listing electric vehicle charge points as points-of-interest late last year, and now Apple is expanding that functionality to Europe. The new feature rollout will include listings for bike rental hubs in three cities around the world as well.

Apple tells Bloomberg that the new features for Apple Maps in Europe come as part of a partnership with Munich-based Cirrantic’s Moovility service. Bike rental hubs will appear in Apple Maps for users in London, New York, and Paris as well:

It has also added public bicycle rental and drop-off points to maps of London, New York and Paris in a catch-up to long-time mobile navigation leader Google, which has listed such stations in multiple countries for some time. Apple laid out its updates to Maps in a briefing in London Wednesday.

In the short term, the new feature rollout to Apple Maps keep the service competitive with Google Maps and benefits Tesla owners and other EV drivers.

If Apple’s so-called Project Titan effort to create an electric vehicle of its own materializes, however, the move could be considered groundwork for an essential part of the overall experience. Apple’s effort is said to be focused on developing self driving software for now, however, with the company being permitted to begin testing publicly in California last week.