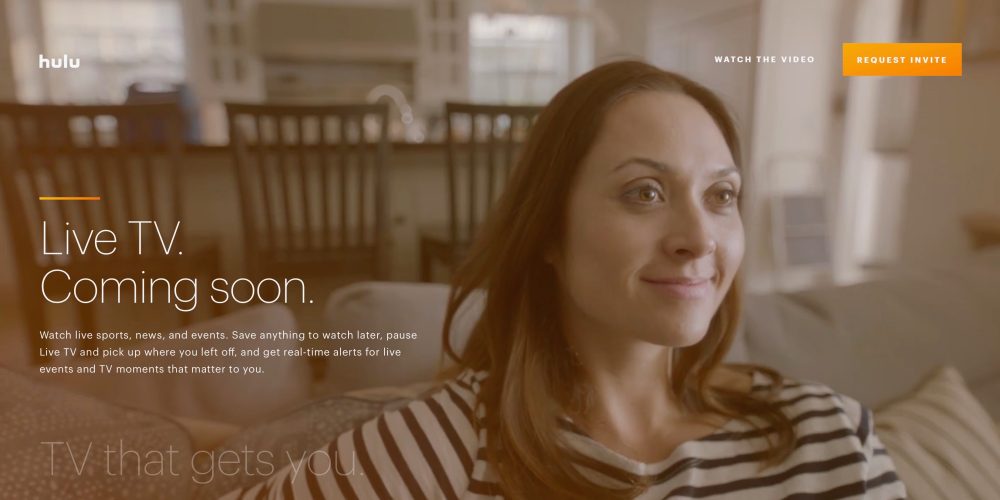 Hulu has teased out a lot of details about its new live TV service so far, but it hasn’t said exactly when the service will launch. Now a new report claims Hulu is preparing to launch the new streaming service in just a few weeks.

TechCrunch says employees are internally preparing for a launch as soon as the start of May, although a debut in mid-May could happen.

Hulu has publicly said that its new live TV streaming service will launch sometime this spring, but the company is now telling staff internally that the launch date being targeted is the first week of May, sources tell TechCrunch. The launch will additionally coincide with the arrival of Hulu’s new user experience, shown off earlier this year at CES.

However, we understand that the “first week of May” is definitely considered a rolling target. Hulu doesn’t have to launch then, and may choose to push it back further in the month.

The report adds that while the exact date in May is not nailed down yet, the target to launch sometime next month is planned.

Earlier this month it was reported that Hulu plans to charge $39.99/month for its paid live TV streaming service which will include the existing on-demand video service. An upgraded cloud DVR feature and the ability to limit ads for on-demand videos is also expected.

Hulu updated its preview website last month with a new teaser for the service as well which shows off the new user interface coming with the service.

Hulu has also been continuing to sign new network partners to its service ahead of launch including A&E Networks and CBS which is a standout addition for similar services.