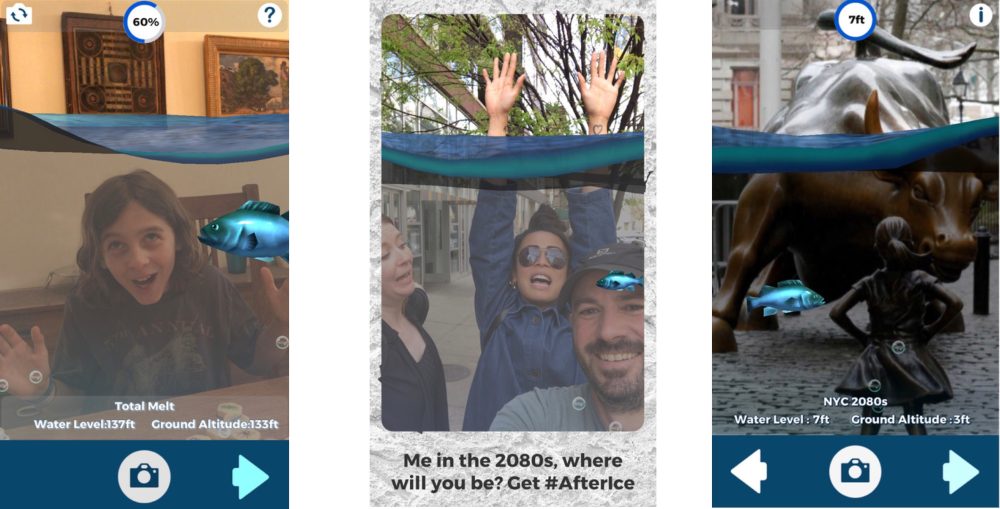 Just like Apple itself is doing, many app developers are celebrating Earth Day with new apps and promotions. After Ice is a new app that uses augmented reality to simulate the effects of climate change around the world…

The app officially launched in the App Store today in honor of Earth Day this weekend. The app works by simulating your location in various future scenarios of global ice melt and sea level rise. The data comes from NASA projections. For instance, it lets you see the NASA-projected effect of sea level rise in New York City in the 2080s, which is within the lifetime of children alive today.

One of the app’s creators, Justin Brice Guariglia, explains that he sees the app as a way to show people what is happening to the planet, especially things that are too slow for us to see. Guariglia actually flew numerous missions over Greenland ice sheets with NASA’s Operation Ice Bridge mission and meeting with a variety of respected climate scientists.

“I thought of this app as a way to help visualize what is happening to the planet, but is too slow for us to see. We have a serious disconnect from important existential issues like giant melting glaciers.

They live a world away, and in temporal and spatial scales that evolution has not prepare us to understand. As an artist interested in the existential, and feeling a great sense of urgency, I felt compelled to make this accessible.

We warm the earth, the glaciers melt, and we go under water… Global warming is happening, however it needs to be emotionally felt before people will want to take action. I hope this app will at the very least get a conversation going and get some of the sci- ence out of the lab, and into people hands.”

Download After Ice for free on the App Store right now.