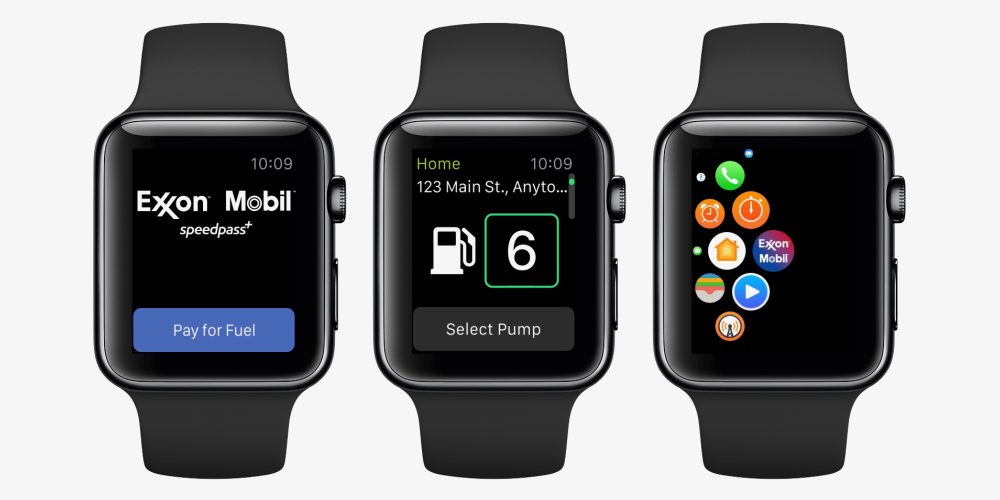 Exxon Mobile Speedpass+ launched Apple Pay payments for gas from the iPhone last year, and today the latest app update will let you pay for fuel from the Apple Watch. Speedpass+ relies on in-app Apple Pay for transactions but works at Exxon Mobile gas stations without contactless payment terminals.

Using an app to make a payment isn’t as convenient as just waving an iPhone or Apple Watch over a payment terminal with Apple Pay, but the Speedpass+ app does enable you to refuel securely without using a credit card at the gas pump.

You just need the Speedpass+ app, an Exxon Mobile gas station, and an account to purchase gas. You don’t even need to keep a credit card on file with the app since Apple Pay is a supported payment method.

The newly added Apple Watch compatibility comes thanks in part to watchOS 3 which enabled in-app Apple Pay payments for the first time. This feature also works in the Apple Store app for purchasing favorited items under a certain dollar amount.

Apple Watch Pay for gas using your Apple Watch with the Speedpass+ app. Filling up just became even easier.

Ford SYNC®3 Pay for fuel using the Speedpass+ app in compatible Ford SYNC®3 models. You can select and authorize the pump using voice commands or use the in-dash screen to complete your transaction.

Faster access Use Touch ID to login to the app faster.

Exxon Mobile Speedpass+ is available for free on the App Store.