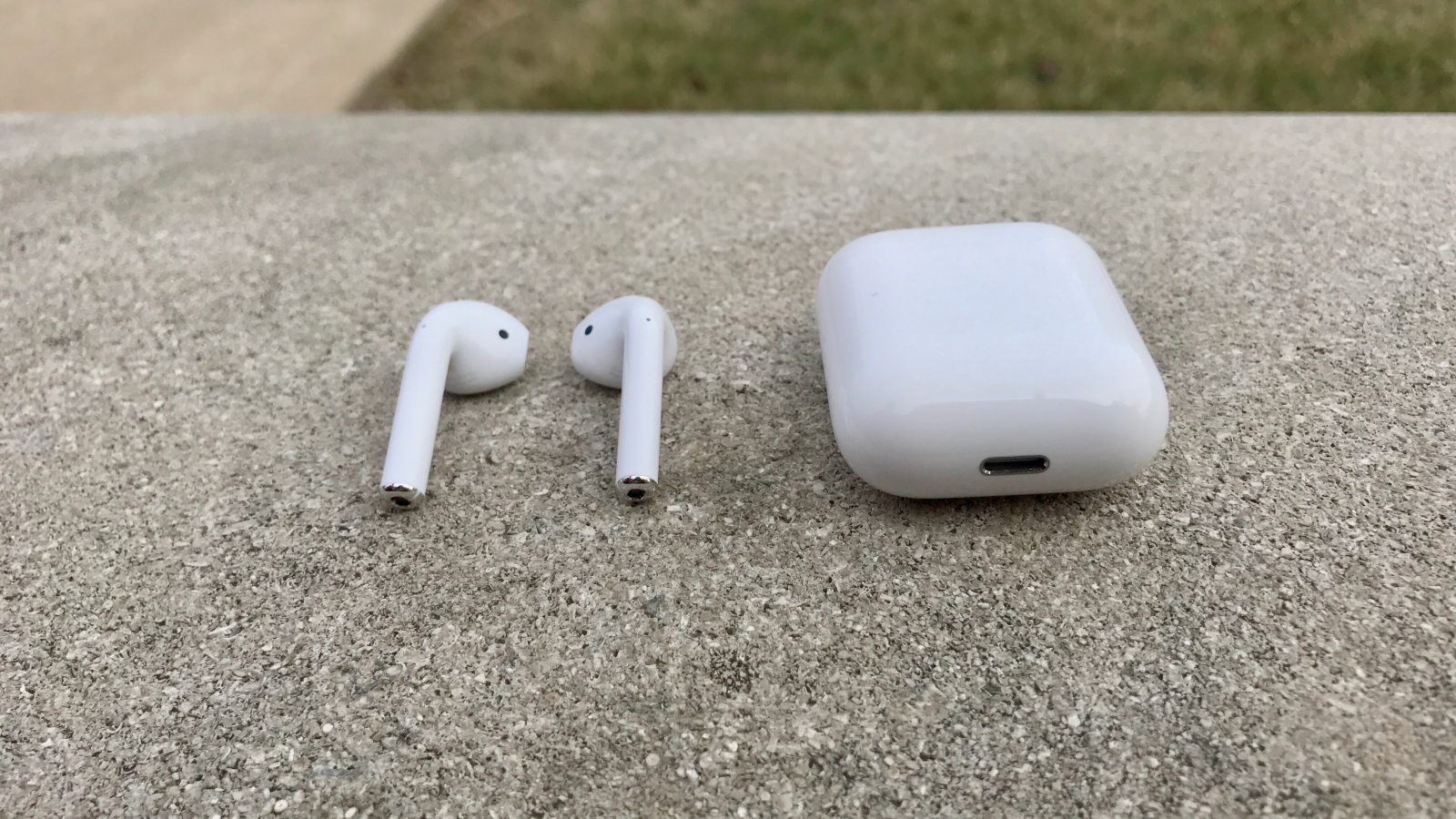 Apple’s AirPods may be hard to come by, but those who have gotten their hands on them seem to love them. While Tim Cook has called the earbuds a “runaway success,” new data from research firm Creative Strategies and Experian show that the AirPods have an incredibly high customer satisfaction rate…

For comparison’s sake, the iPhone and a 92 percent satisfaction rate while the Apple Watch had a 97 percent rate in 2015. That means that the AirPods are the most well-received Apple product in recent years.

Building on the success of AirPods, the survey asked respondents how likely they would be to recommend the product to other users on a scale of 0 to 10, with 0 being “not likely at all” and 10 being “extremely likely.” In total, the score for AirPods was 75, meaning that the overwhelming majority would recommend AirPods to someone else. Again, the iPhone scored 72 in this survey, while the benchmark is that anything above 50 is “excellent” and anything about 70 is “world class.”

When asked to explain their ratings, the words that respondents most often used were:

Apple’s Tim Cook has called AirPods a “runaway success,” though the headphones still face supply shortages. Our own poll found that four months after the release of AirPods, 42 percent of respondents said they “love” them, while 22 percent said they were too expensive.

How satisfied with AirPods are you? Or have you faced difficulties buying them? Let us know your thoughts down in the comments. 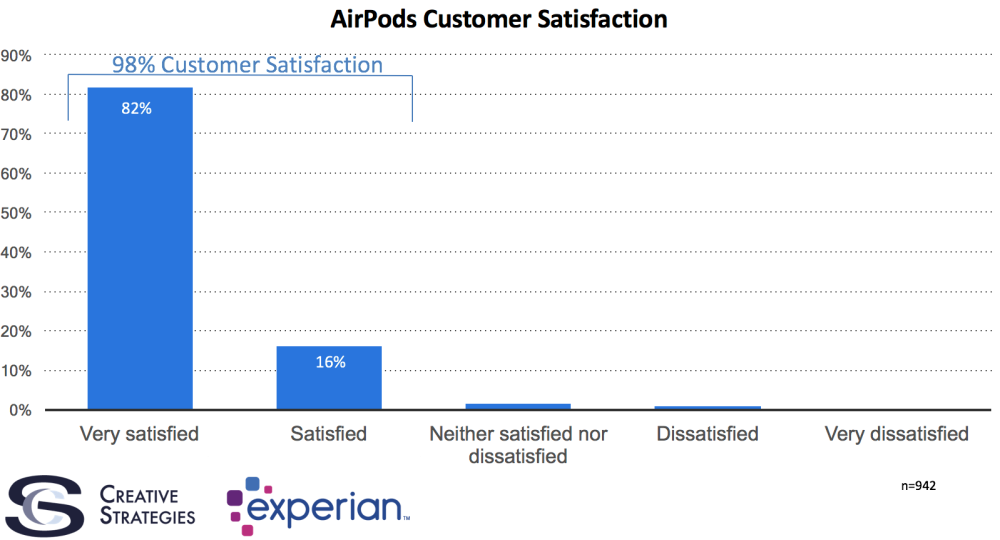 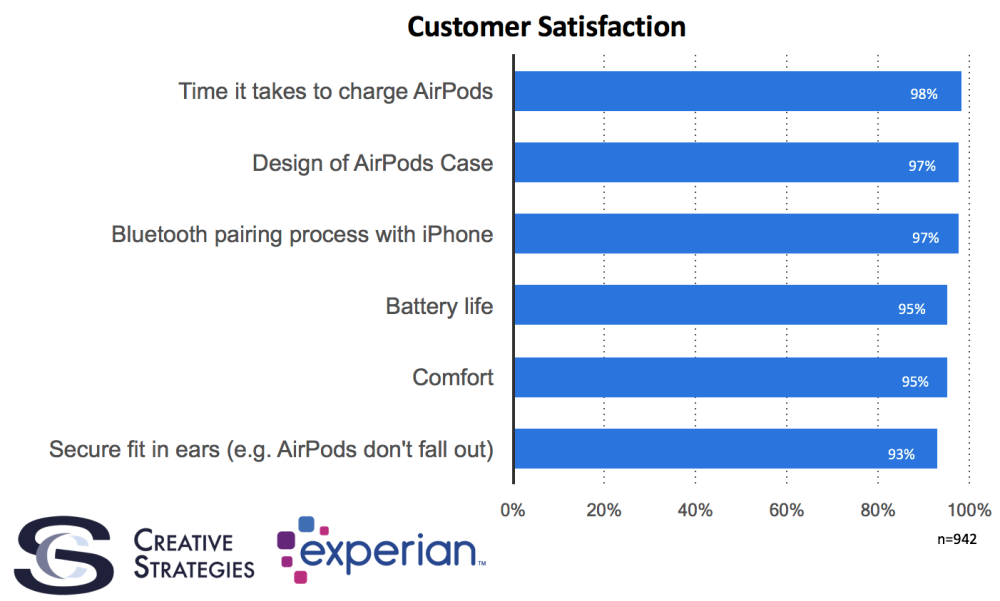