Windows backdoor malware disguises itself as Adobe Flash on macOS 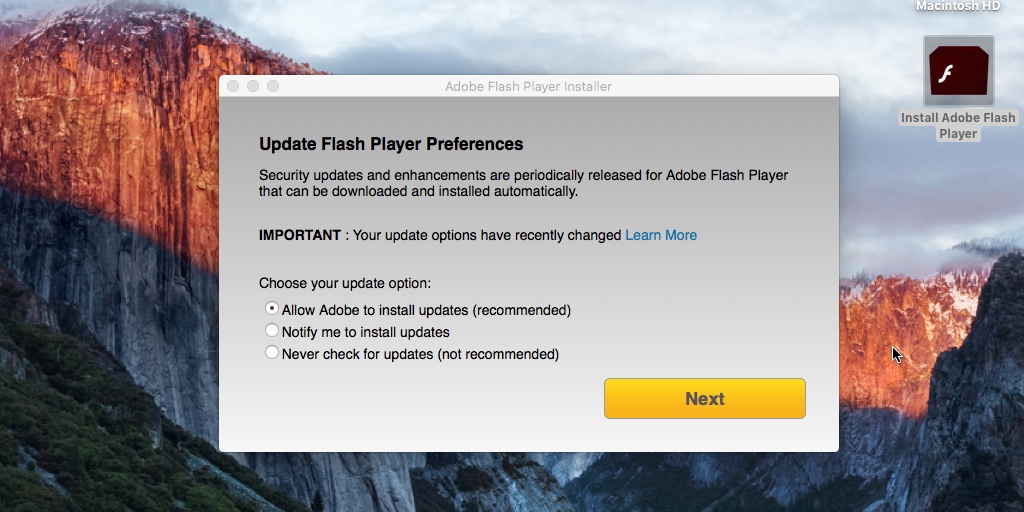 A new piece of backdoor malware originally discovered on Windows has found a new home in macOS. Disguising itself as a legitimate Adobe Flash Player installer, the malware burrows into pre-existing macOS folders making it harder to spot. Having used a valid developer’s certificate, the malware was set to run free on macOS even with Gatekeeper enabled.

These certificates were created to help validate applications with Gatekeeper, but lately have been used to spread malicious software. This is the second reported malware incident in the past week using a valid certificate.

The Snake malware, and the variants it derives from, has been around for nearly a decade now. Malwarebytes reports Snake has been infecting Windows systems as far back as 2008 and even having a Linux variant discovered back in 2014. Fox-IT describes it as a “relatively complex malware framework” citing a research paper from the Swiss government’s Computer Emergency Response Team.

Researchers who have previously analyzed compromises where Snake was used have attributed the attacks to Russia. Compared to other prolific attackers with alleged ties to Russia…Snake’s code is significantly more sophisticated, it’s infrastructure more complex and targets more carefully selected.

Today’s macOS variant isn’t one you’ll randomly receive, but the manner in which it hides itself is important.

On macOS, Snake is distributed through a .zip file titled Adobe Flash Player.app.zip. This file contains a legitimate, but backdoored, version of the Adobe’s Flash Player. The application contained within the .zip file initially appears legitimate because of its valid signed certificate issued through Apple. Upon closer inspection, the signature comes from a developer named Addy Symonds, and not the expected Adobe. Even the application’s bundle structures looks odd when compared to a normal one. 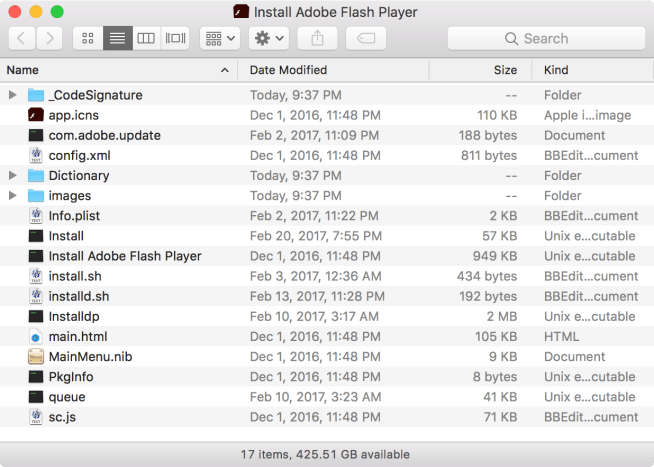 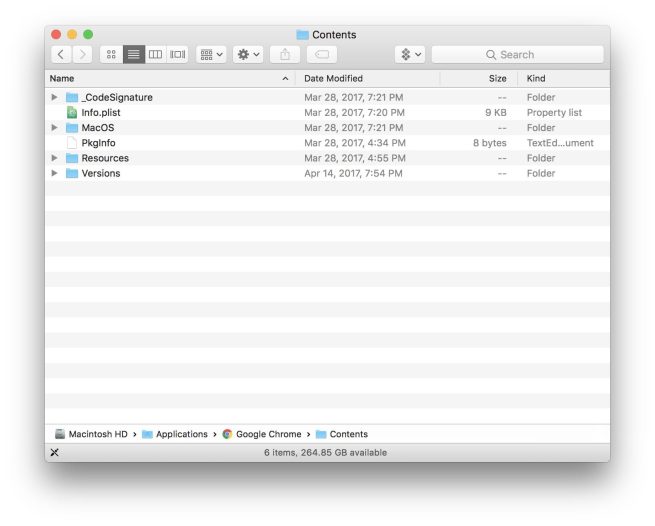 Most users wouldn’t think to check an application’s bundle before installing the app.

If a user had proceeded with the installation regardless, handily enough the malware would install a legitimate copy of Adobe Flash Player on the system. During this install, it would also add the backdoor malicious files to the macOS system folders and keep them persistent. By using Apple’s LaunchDaemon service, it could ensure that the backdoor would quickly relaunch if ever closed.

The Snake malware version currently out in the wild contains debug code and its certificate was signed in February of this year. This leads Fox-IT to believe it may not have even been operational yet, but would soon be used on targets.

Luckily, if anyone does have the Adobe Flash Player.app.zip file on their system, macOS’ Gatekeeper will no longer show the developer certificate as valid. Apple has revoked that developer’s certificate to help subdue further damage.

To easily check if a system has been infected by the Snake backdoor malware, run a scan with Malwarebytes for Mac. The free software will detect Snake as OSX.Snake and remove it.

If you’d like to manually check for infection, the backdoor malware installs the following various components:

Malwarebytes recommends changing passwords and contacting your business IT department if you were infected. The former is to secure yourself and online accounts, and the latter to mitigate any potential company damage.

Attacks like these are easily spread through spear phishing emails, so be vigilant in your online behaviors.