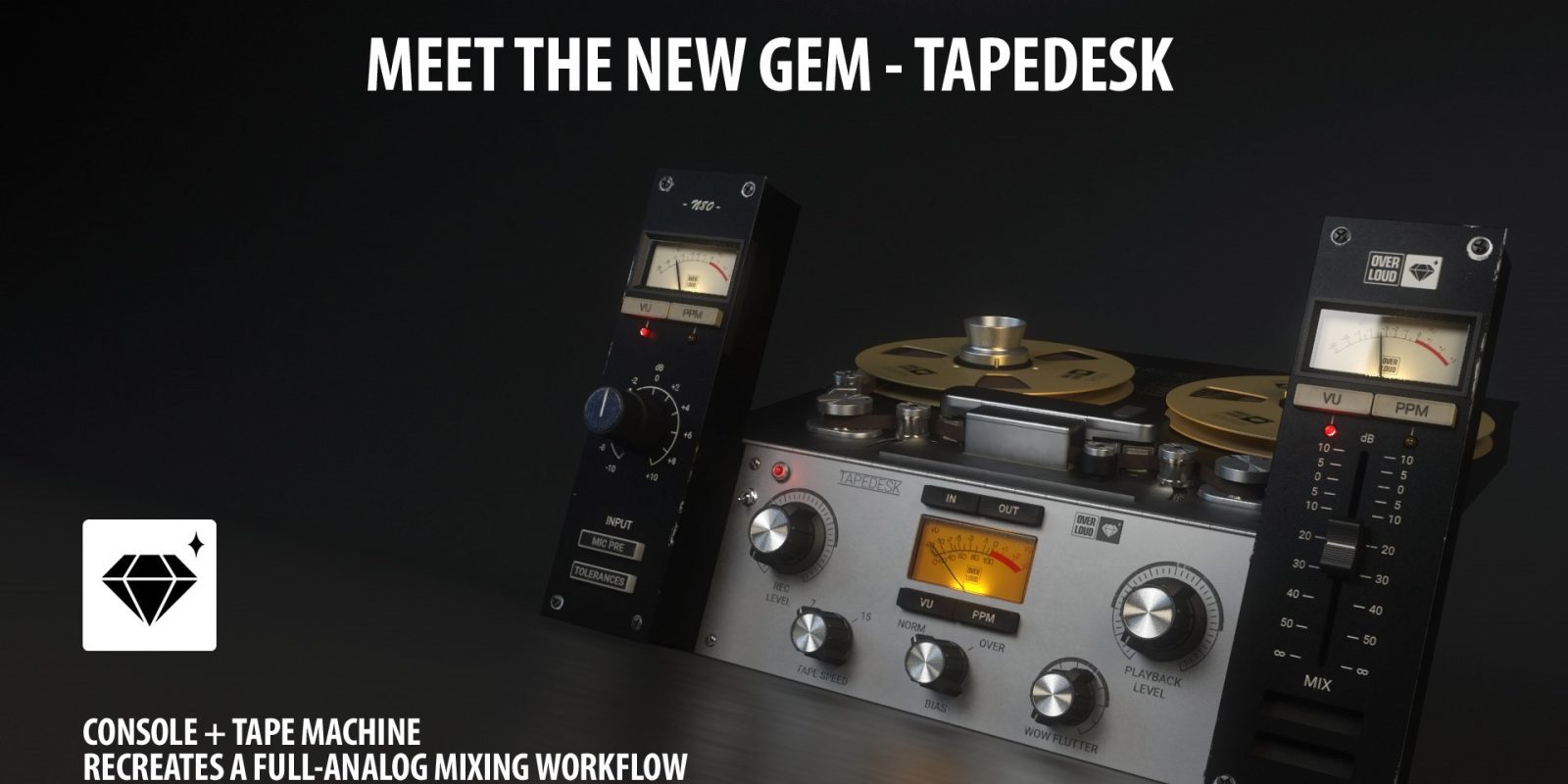 This is the place to catch up on all the biggest product announcements, hardware, apps, synths, Logic/GarageBand instruments and so much more in the world of iOS/Mac music production. This week we have some really interesting new virtual gear for Mac including a stylophone-based sampler instrument, the GEM TapeDesk analog console emulator, a completely free Casio VL-1 for your Logic setup and more…

GEM TapeDesk is a new analog console and tape machine emulation plug-in for all major DAWs on Mac. It features a number of virtual console pre-amps and output modules to emulate the process of sending audio through a vintage console, to the tape machine and back through the console again.

The headline doesn’t really do it justice, give that video above a play while you’re reading this. The sampler instrument is based on  the old Stylophone instruments that are played using a stylus. It runs on NI’s Kontakt 5 platform and features over 128 instrument presets, 2 LFOs, 2 step sequencers, 18-effects and you can even have full control over the sound of the stylus tap and releases noises. Users can save the state of all the parameters to seven different keyswitches.

This instrument was accurately sampled to behave just like the original unit, capturing each note in all three registers, including noises for the stylus tap and release, with the ability to mix and choose between MIC input and LINE input sources giving further tonal versatility.

Synthophone for Kontakt 5 is available now for introductory price of $24.99 before it will jump up to the regular $39.99.

Nothing like a good freebie. Autodafe has just dropped a free Casio VL-1 plug-in for Mac. The creators say it features sampled and looped versions of the instrument’s original presets. As you can see in the video above, it looks like we get some basic envelope controls, preset selection menu and additional vibrato depth/speed controls, alongside a built-in reverb unit.

You can download the Casio VL-1 Plugin for Logic and other major DAWs (Mac, AU, VST) for free right here. But you should consider dropping a donation down if you end up liking what you hear.

These epic TR-808 inspired adidas feature the drum machine’s classic colorways and even feature built-in beat making technology. Unfortunately they are just in the prototype phase at this point:

Inspired by the famous Roland TR-808 Rhythm Composer, break dance culture, and “808” (police code for “disturbing the peace.”)…Not only do these kicks look fierce, but brace yourself: They actually. make. beats. The shoes are equipped with volume control and six different pre-programmed settings so you can recreate your favorite scenes from Breakin’ 2: Electric Boogaloo in your mom and dad’s kitchen on a broke down cardboard box from Costco.