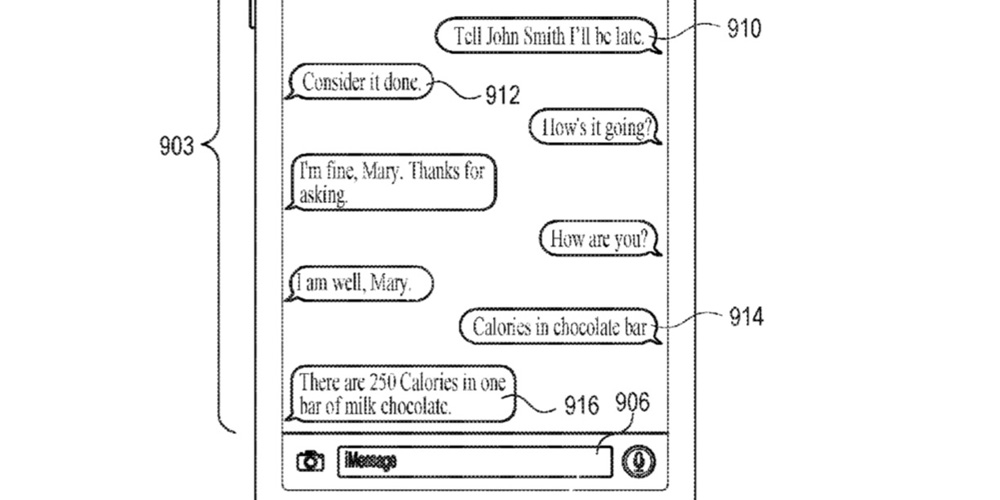 An Apple patent published today describes using iMessages instead of voice to interact with Siri in environments when speaking wouldn’t be practical.

This could span both ends of the spectrum, from very noisy environments like construction sites, where your voice cannot be heard, to very quiet ones like libraries, where you would disturb people by speaking. It would also be useful for people who don’t feel comfortable talking to their phone in public …

The main illustration, however, makes it clear how this would work – showing typical Siri interactions as typed queries and written responses. The patent was spotted by Patently Apple.

It’s not the first time we’ve encountered the idea of using Siri in iMessage. An earlier patent described Siri proactively interjecting in iMessage chats, and there’s been a sketchy report that this type of feature will appear in iOS 11.