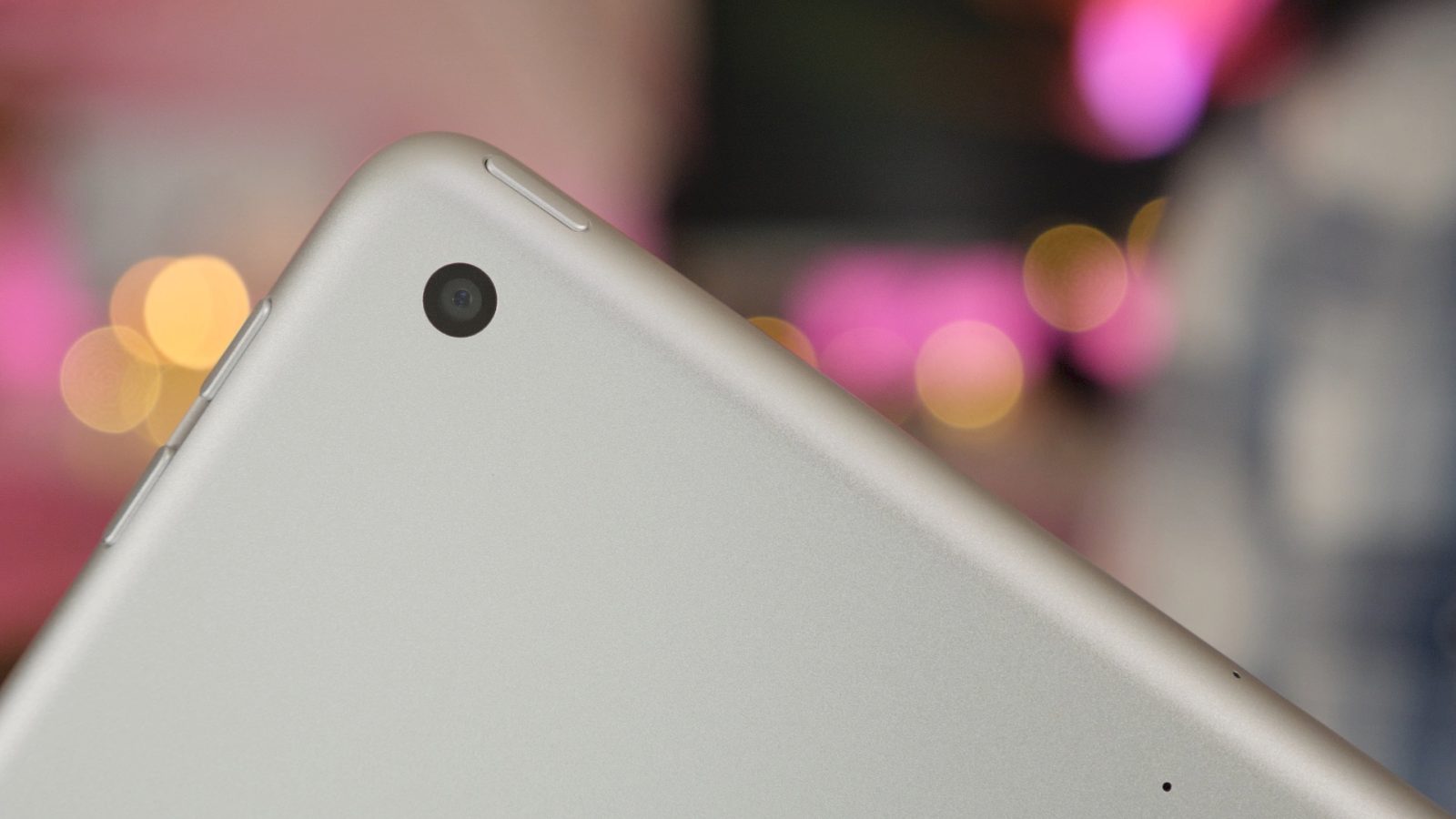 I’ve been using the 2017 9.7-inch iPad on a regular basis for the last month and a half, and I wanted to take the opportunity to follow-up on my original hands-on.

Almost all of my initial impressions have held up well over the last month or so. The iPad, at only $329 is still a fantastic deal for anyone looking to buy their first iPad, or upgrade from aging hardware without breaking the bank.

As I noted in our initial hands-on video walkthrough, the 9.7-inch iPad does many things very well. It features a modern system on a chip — the A9 from the iPhone 6s — so it will easily handle nearly every app that you throw its way. It also features an adequate amount of system RAM — 2GB — which makes switching between apps and opening multiple Safari tabs a relatively smooth experience.

Modern conveniences like Touch ID are a major reason to upgrade to the new iPad if you’re running hardware that predates the iPad Air 2. Touch ID is a must-have feature in my opinion, and it alone makes it worth considering an upgrade.

Another huge win for the 2017 iPad is the fact that it comes standard with 32GB of base storage space. 32GB is the perfect sweet spot for most casual iPad users, and it makes the 2017 iPad a very attractive option at only $329.

The biggest gripe that I had during my initial impressions is still my biggest gripe a month and a half later. The screen lacks anti-reflective properties due to the omission of anti reflective coating and a fully laminated display. These are both features that have been around since the iPad Air 2, and they’ll be sorely missed if you’re used to using modern iPad hardware. 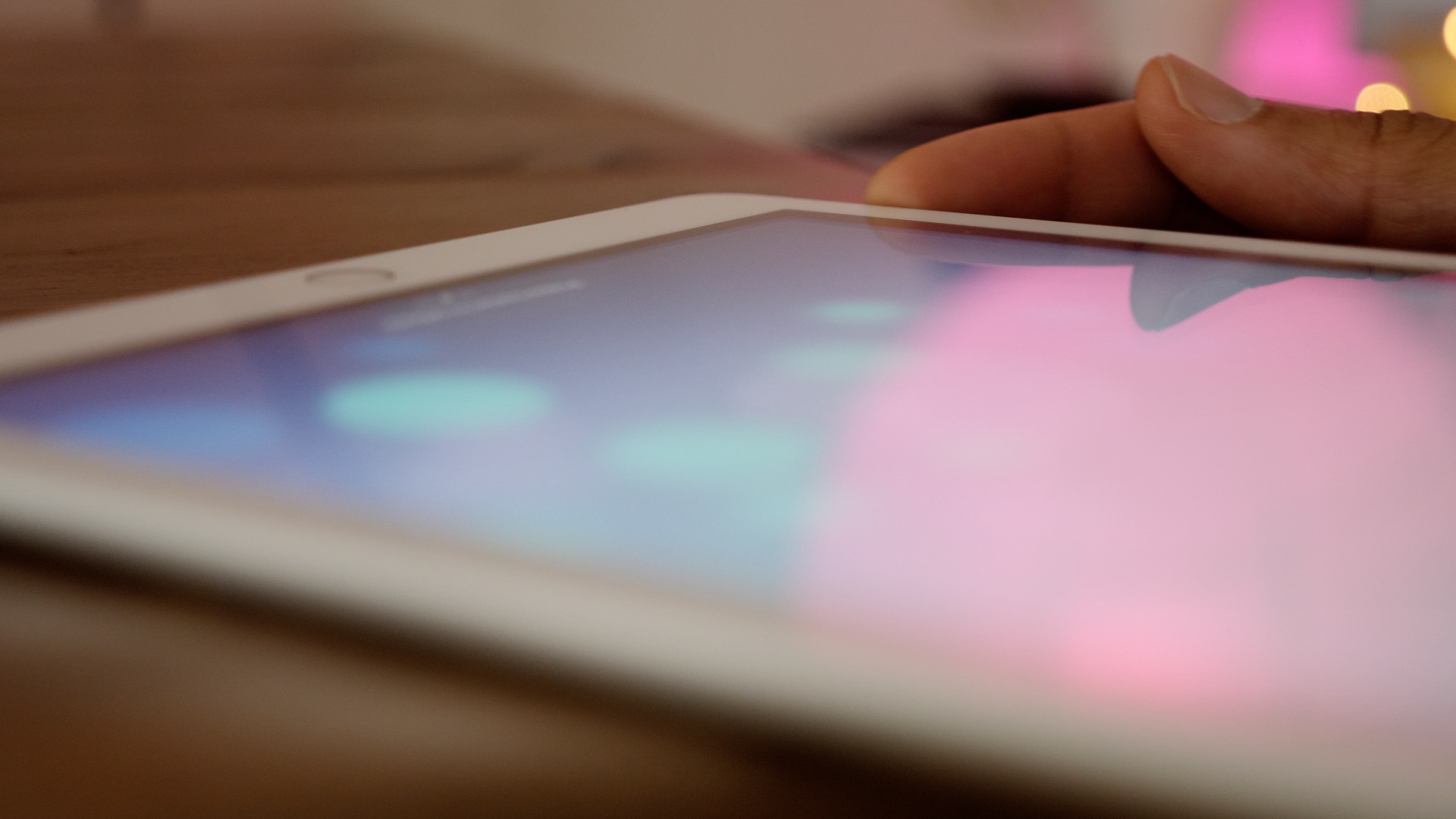 Because of the inferior screen, using the iPad outside in direct sunlight, or even indoors under bright lights is difficult. Although I’m able to live with the inferior screen, it’s not something that I ever forgot about during my usage. Granted, people who never experienced the anti-reflective laminated screen will be none the wiser, so you have to keep that in mind when making hardware recommendations.

Another issue that I raised in my hands-on impressions had to do with the thickness of the iPad. The new iPad is noticeably thicker and heavier than the 9.7-inch iPad Pro or the iPad Air 2. Unlike the screen, though, this is something that I was able to dismiss and basically forgot about during my usage. 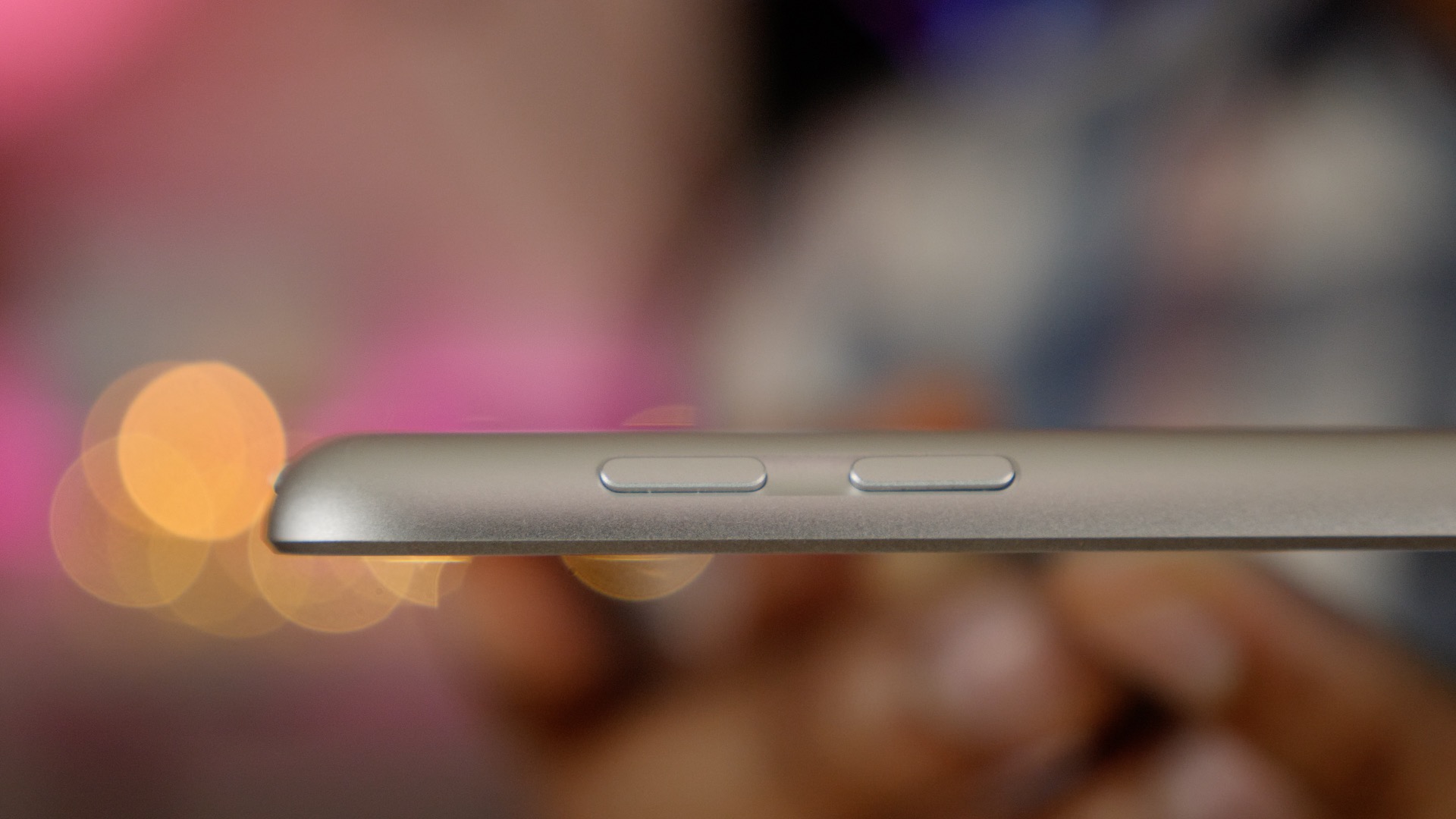 The added thickness, while definitely noticeable at first if you’re used to the latest hardware, is something that fades into the background with repeated usage. It certainly wouldn’t make me think twice about buying this iPad if I was in the market for one.

Battery life is something that I didn’t get to test thoroughly during my initial hands-on. Over the last month or so I consistently got somewhere around 9 hours of battery life on average during mixed usage.

I tend to keep the display brightness cranked up to a higher level than I do on other iPads. I do this to combat the reflective qualities of the display, and that seems to have taken a slight toll on battery life. Still, 9 hours on battery is nothing to scoff at, and depending on how you use your iPad, you may get better results than I did.

In my first hands-on, I mentioned that the two speaker setup of the 2017 iPad was obviously inferior to the iPad Pro’s four-speaker setup, but didn’t really touch on it beyond that. This has proved to be much more of a negative quality than I expected. 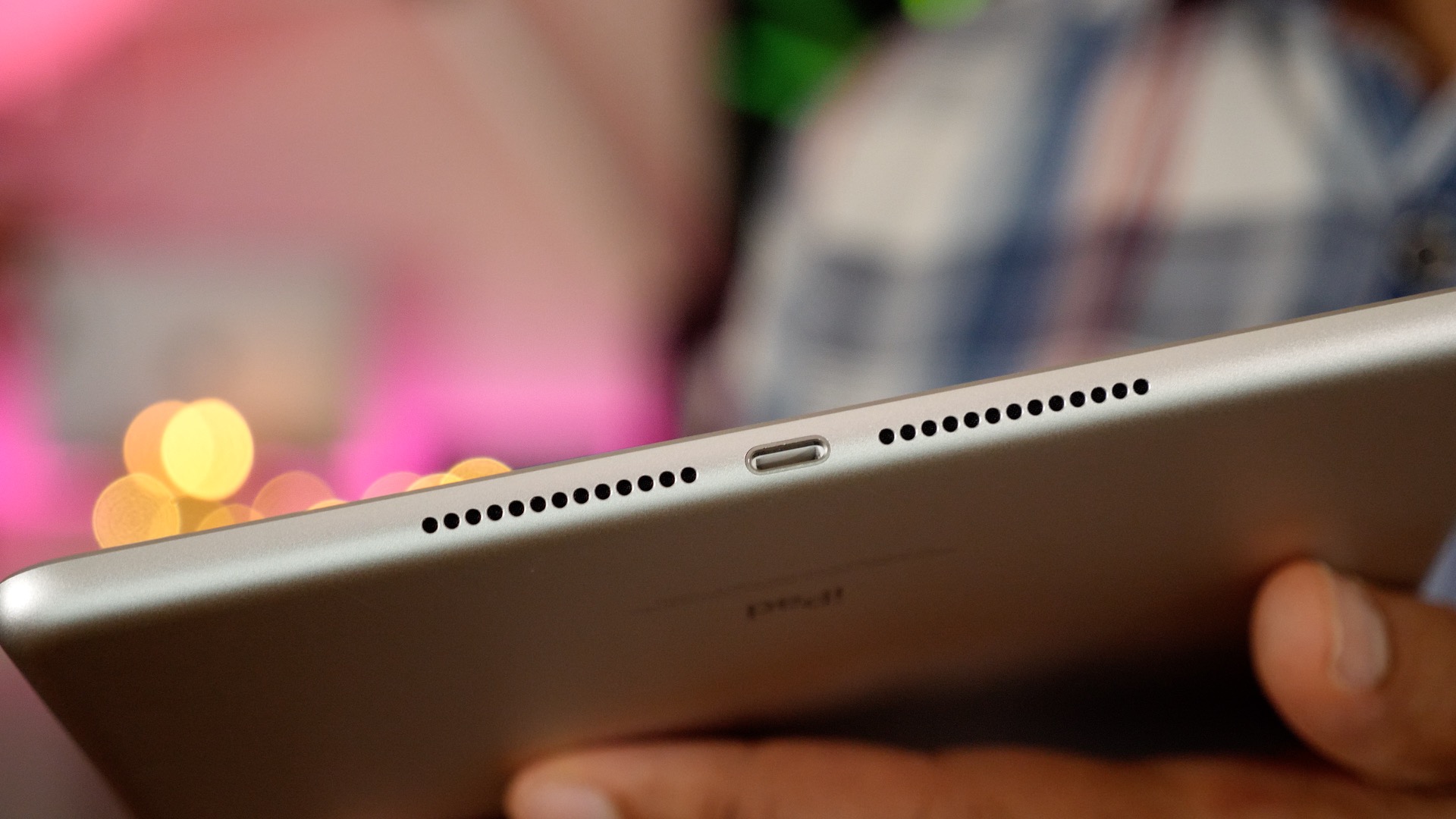 The iPad Pro’s speakers are so much better than the 2017 iPad in all facets. The clarity, loudness, and frequency response is inferior across the board on the new iPad. I find that even the iPhone 7 has better sound quality than the iPad, which is absurd given the size differences. It’s easy to dismiss such a thing, but it wound up sticking out like a sore thumb during my repeated movie-watching and game play sessions.

The 2017 iPad is a flawed device, but for the $329 entry-level price, its good qualities far outweigh its negative qualities. Just a few years ago, such an iPad would have cost $599, which is almost double the asking price of the brand new 2017 iPad. And for that much cheaper price, you’re getting a significantly more powerful device with modern conveniences like Touch ID. 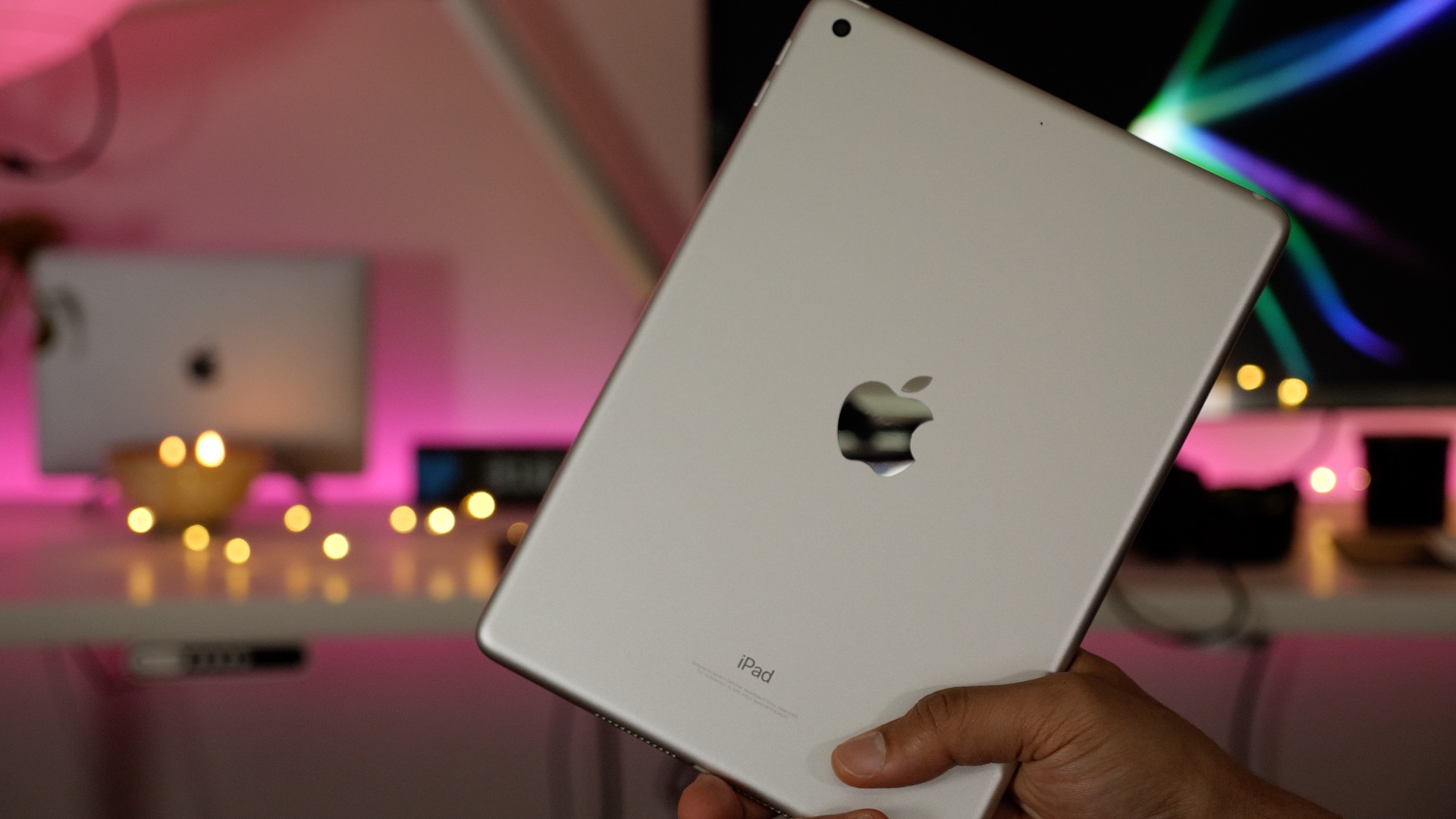 The screen and speakers are definite downers, but the weight and thickness gains rarely, if ever, crossed my mind after the first week or so. I wouldn’t hesitate to recommend the new iPad to new users or for those upgrading from older hardware, especially those coming from the iPad 2, 3, or 4. Even original iPad Air owners will highly appreciate the beefed up CPU, additional RAM, and Touch ID.

As I stated in my initial hands-on, the new iPad isn’t for those who like to remain on the latest hardware, but it’s a largely usable device and a huge upgrade over older iPad hardware. You can purchase the 2017 iPad from B&H for $329.

What are your thoughts on the 2017 iPad? Sound off in the comments below.