Apple will likely unveil watchOS 4 at WWDC next month which should bring new features and improvements to the Apple Watch. I recently got my hands on an Apple Watch with the original Watch OS software which includes a few things I hope return with watchOS 4…

The first thing is something I mentioned last month in my watchOS 4 wishlist: easier access to Now Playing controls through a reorganized Control Center.

watchOS 3 dropped Glances and introduced the Dock while encouraging apps to be more glanceable at launch. In place of the cards that you got when you swiped up, watchOS 3 introduced Control Center which combined the Settings and Battery glance and added new features like Theater Mode over time.

The Now Playing controls are currently located in the Dock which you access by clicking the side button under the Digital Crown. Now Playing only appears when audio is actively playing, and it’s located at the far right end of your Dock apps (unless you save it and relocate it) so you have to scroll over to it.

The interaction requires way too many steps compared to the original method, which could be a swipe and a tap away.

The obvious thing to do here is copy the model that iOS 10 introduced with a multi-panel Control Center. Swipe up and over then tap versus click, swipe or scroll, scroll, scroll, tap, tap. If you always use Now Playing, simply swipe up and tap without even swiping over.

Separately, the current Control Center on watchOS 3 requires scrolling to access the commonly used AirPlay button which could be moved to the new Now Playing section. The solution here is so obvious that I would be surprised if we don’t see this with watchOS 4 next month.

Next up is Siri. I use Siri on the Apple Watch multiple times everyday for tasks like controlling HomeKit accessories, adding Reminders to my to-do list and shopping list, and starting workouts.

Siri has improved in a lot of ways with watchOS 2 and watchOS 3. After using Siri on the original Watch OS, I was reminded by just how wordy Siri could be when it first launched on the Apple Watch. There’s no voice feedback without using VoiceOver, so Siri is all voice input and text output on Apple Watch.

I wouldn’t mind an eyes-free version of Siri on the Apple Watch sometime in the future, but the minor but useful thing about Siri on the original Watch OS is how it animated.

The Siri wave looked different and was probably my favorite so far, but the flat bar along the bottom highlighted the display edge in a way that isn’t favorable. Apple later unified the look of Siri with the current animating wave form across all platforms, but on watchOS 3 the animation just plays randomly and doesn’t react to your voice.

That’s a weird step backwards that makes Siri feel less responsive whether or not that’s just perception or actual performance. My only guess is Apple did this to save processing resources, but the wave for dictation for general voice input still animates.

Back to Watch OS 1 for a moment, that version used the colorful Siri animation even for dictation, while the current watchOS uses a more bland black and white sound wave. Both are odd differences that I hope are reverted in watchOS 4. 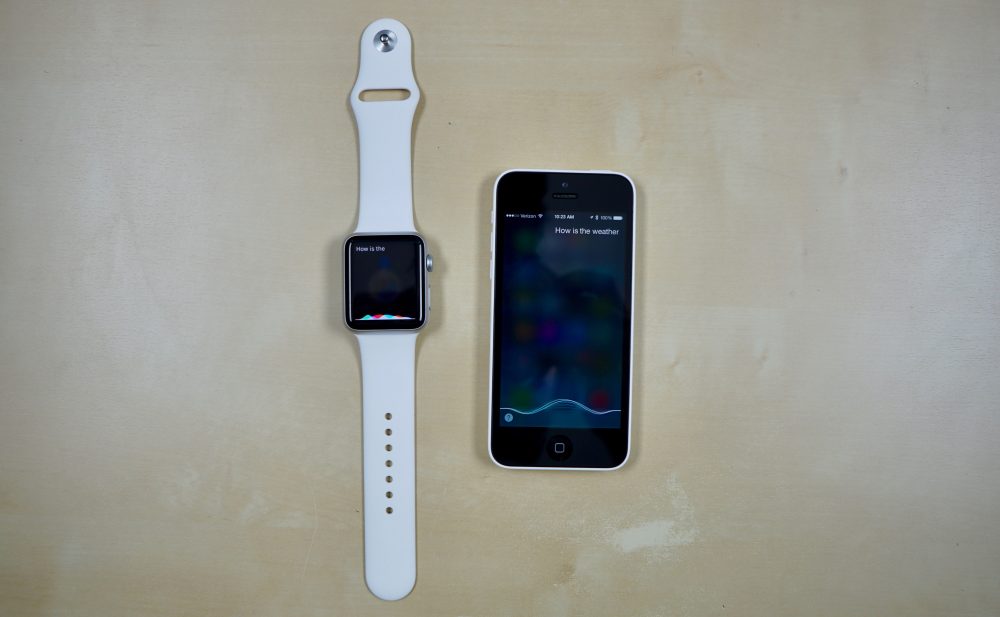 As a side note, actually getting your hands on the original Watch OS these days isn’t the easiest thing to do. I found someone selling an unopened Apple Watch purchased at launch in 2015 which guaranteed it ran Watch OS 1.0, but activating it with an iPhone with iOS 10 wasn’t possible without updating the Apple Watch to watchOS 3.

The next step was finding an iPhone running a specific version of iOS 8. Presumably iOS 9 would force the Apple Watch to update to watchOS 2, and iOS 8.0 and iOS 8.1 lacked the Apple Watch app for pairing the Apple Watch. Luckily, I found a seller on eBay listing a reasonably priced iPhone 5c running iOS 8.2 specifically and voila! 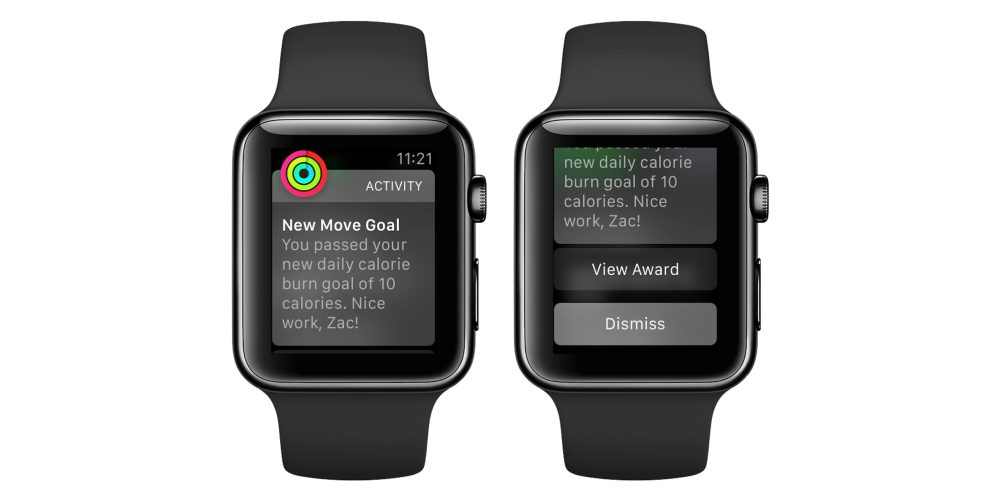 Of course not everything was smoother on the original Watch OS. The side button below the Digital Crown was mapped to the Friends circle for using Digital Touch. Now that’s mapped to the Dock for picking favorited apps which can include Messages where Digital Touch works (although I think what magic Digital Touch had was sort of lost when it was no longer exclusive to Apple Watch).

One example of a basic interaction made more complicated on the original Watch OS is viewing award achievements. You needed to tap a View Award button compared to now when the alert includes the award.

These awards were different too. Now they’re personalized with your name and achievement date, but the originals versions were essentially impersonal videos (although some had a higher level of detail than now). 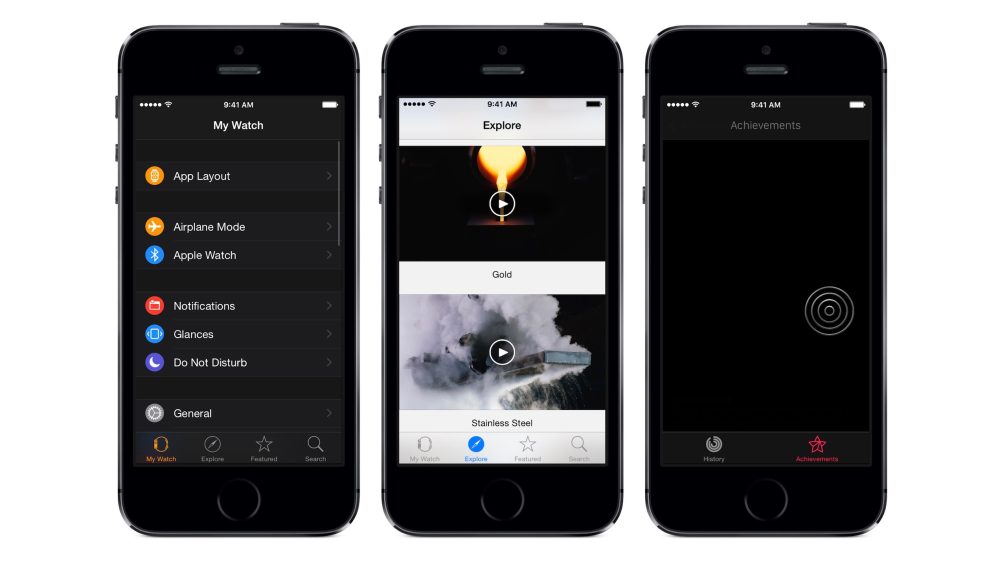 What was then called Apple Watch and was later simplified to just Watch is an app that also still works including all of the original promotion videos and managing Friends for Digital Touch.

Check out 9to5Mac on YouTube for more Apple Watch news!