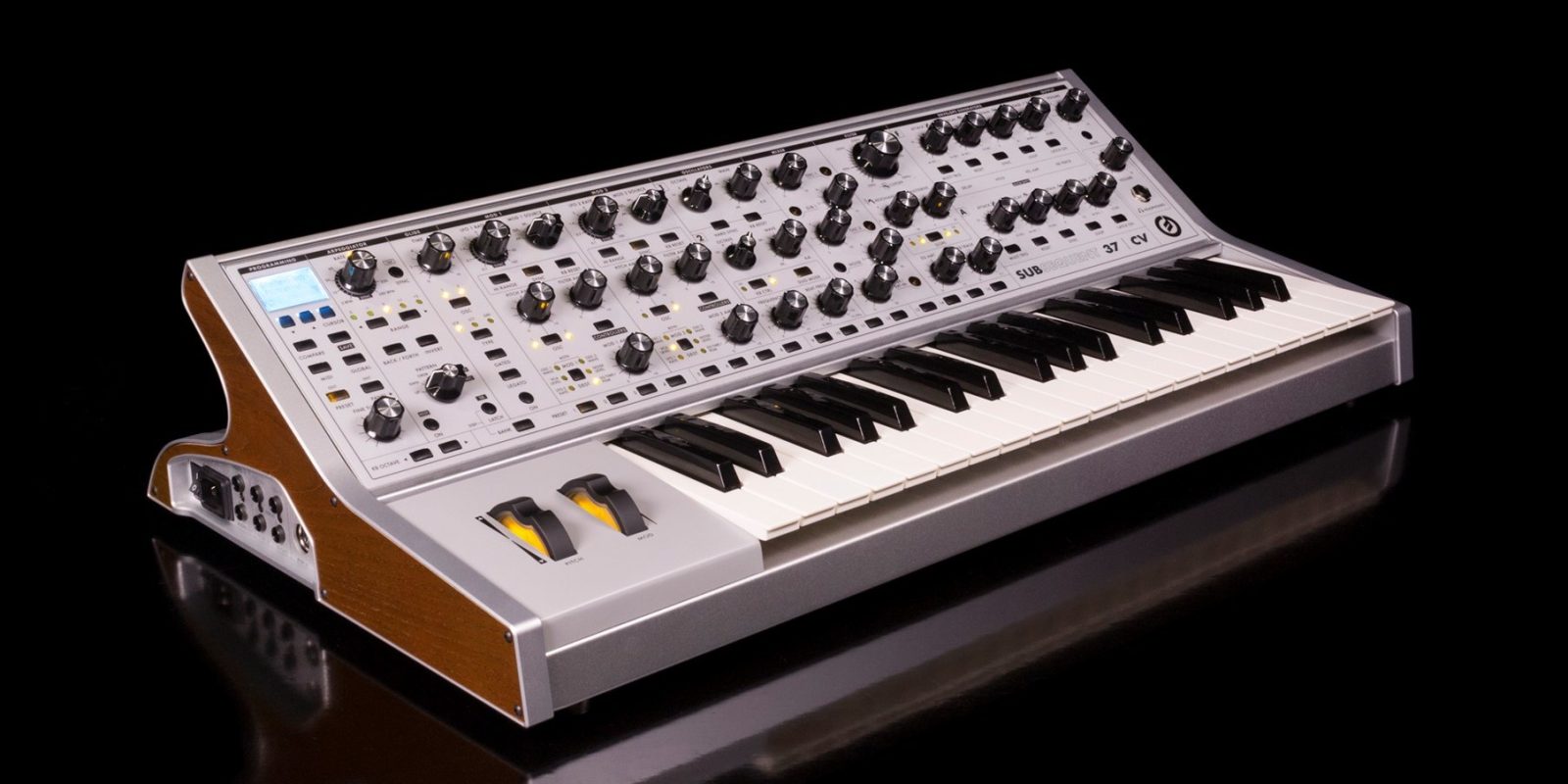 This is the place to catch up on all the biggest product announcements, hardware, apps, synths, Logic/GarageBand instruments and so much more in the world of iOS/Mac music production.

It’s Moogfest 2017 this week. That means we are getting some brand new hardware from the company and it didn’t disappoint. The latest Dave Smith polysynth is now shipping, more interesting Mac/iOS synths hit the market and some sweet deals on production apps are all on the bill this week…

It’s Moogfest week and we are getting a brand new piece of hardware. Well kind of anyway. The new limited edition Subsequent 37 CV synth is a slightly modified version of Moog’s Sub 37 Tribute Edition. It features a host of customizable CV outputs for modular heads (Eurorack included) a nice headroom tweak on the mixer and more.

You can get the full details right here and more on Moogfest 2017 at the official site. We also have a full hands-on review of the Sub 37 Tribute Edition along with Moog’s Sub Phatty. 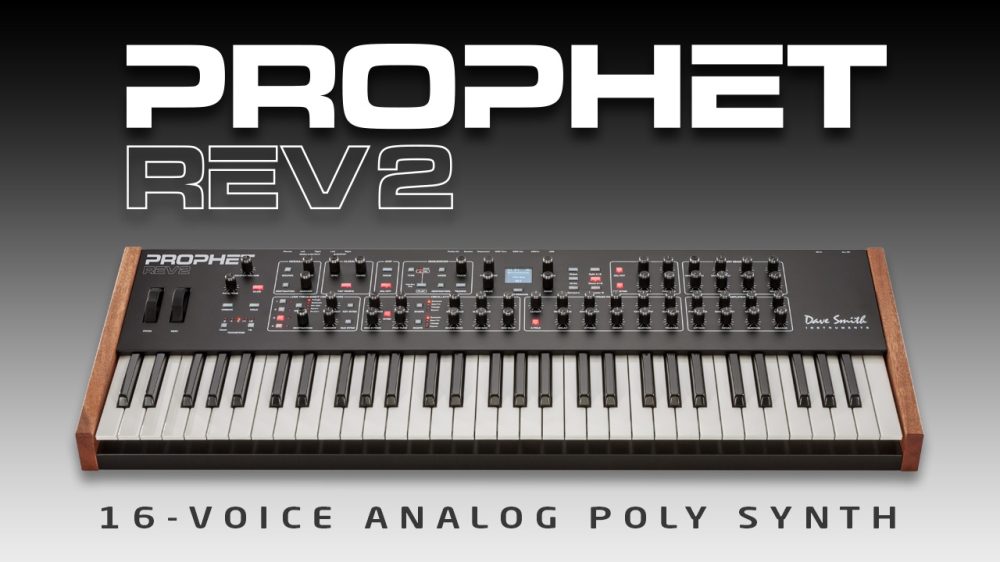 Anytime Dave Smith releases a new instrument it is a momentous occasion. Unveiled at CES 2017, the company recently announced the first of its latest (up to) 16-voice Prophet Rev2s have now left the manufacturing facility in San Francisco. The successor to the Prophet 08 should be arriving at your local dealers very soon. It has a polyphonic sequencer, waveshape modulation, a sub-oscillator for each voice and a sweet bank of digital effects.

Klevgränd is releasing its new Syndt polysynth for Mac and iOS. It features an interesting sounding XY pad-based oscillator and LFO along with some built-in FX and more. Better yet, if you like what you’re hearing, it is available at 30% off right now on both platforms. That means you can grab it for $4.99 on the App Store and just $19.99 for Mac.

•Independent mini-LFO (sine only) for each axis of the oscillator XY-pad.

•LP Filter can be velocity sensitive

•Delay can be synchronized with an AUv3 host (AUv3 mode only!) 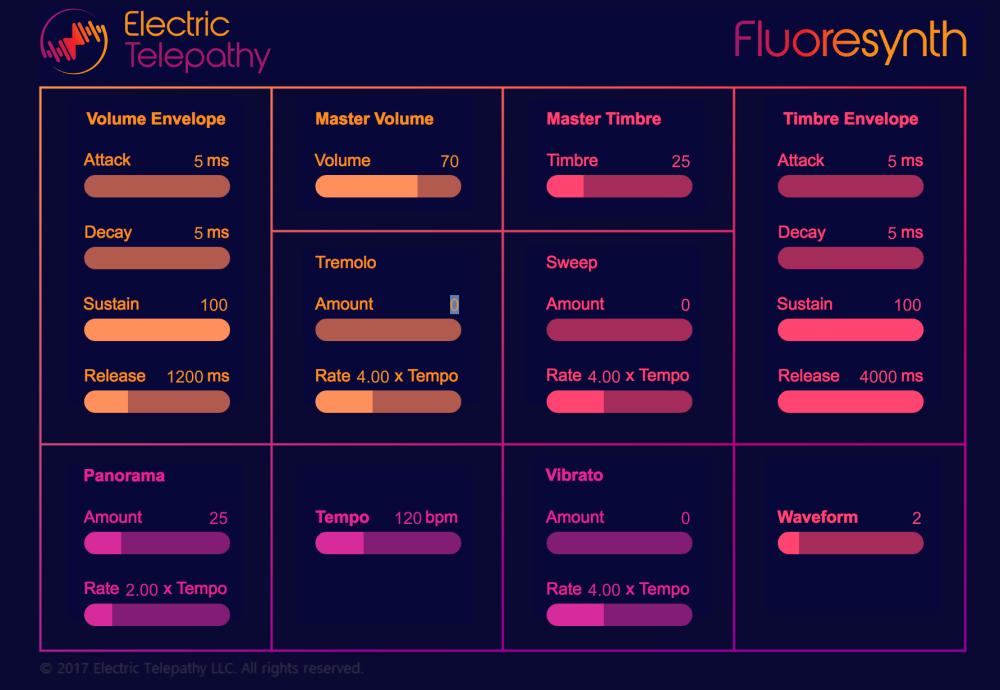 The new Fluoresynth works on your Mac and your browser, name your price

Fluoresynth uses “mathematically precise harmonics” to offer a pretty smooth sounding poly if you ask me.  It is a basic synth but it also works in your browser! It is also available in AU/VST format for Logic Pro X and other major DAWs. The Name Your Price option sounds pretty good. There is a minimum of $5 here, but if you like what you can come up with in the browser version, I might consider throwing down a little bit more.

The Fluoresynth synthesizer uses the harmonic series to create pitched musical tones. This series also determines the sounds of string, brass, and woodwind instruments….Unlike traditional instruments, you can customize Fluoresynth’s harmonics as you play it…Fluoresynth’s harmonic series consists of a fundamental tone and 12 overtones. The relationship between the fundamental and its overtones determines the sound’s brightness and warmth. 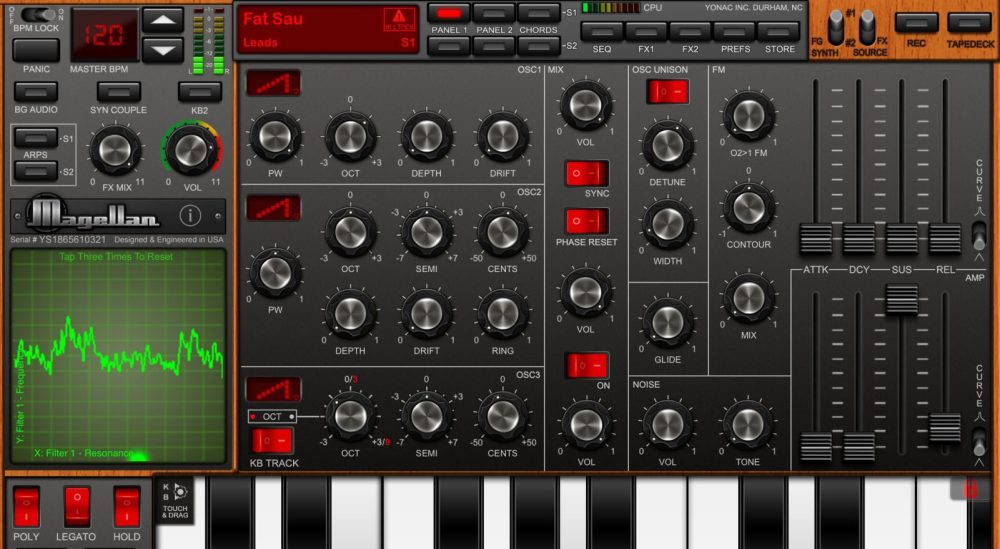