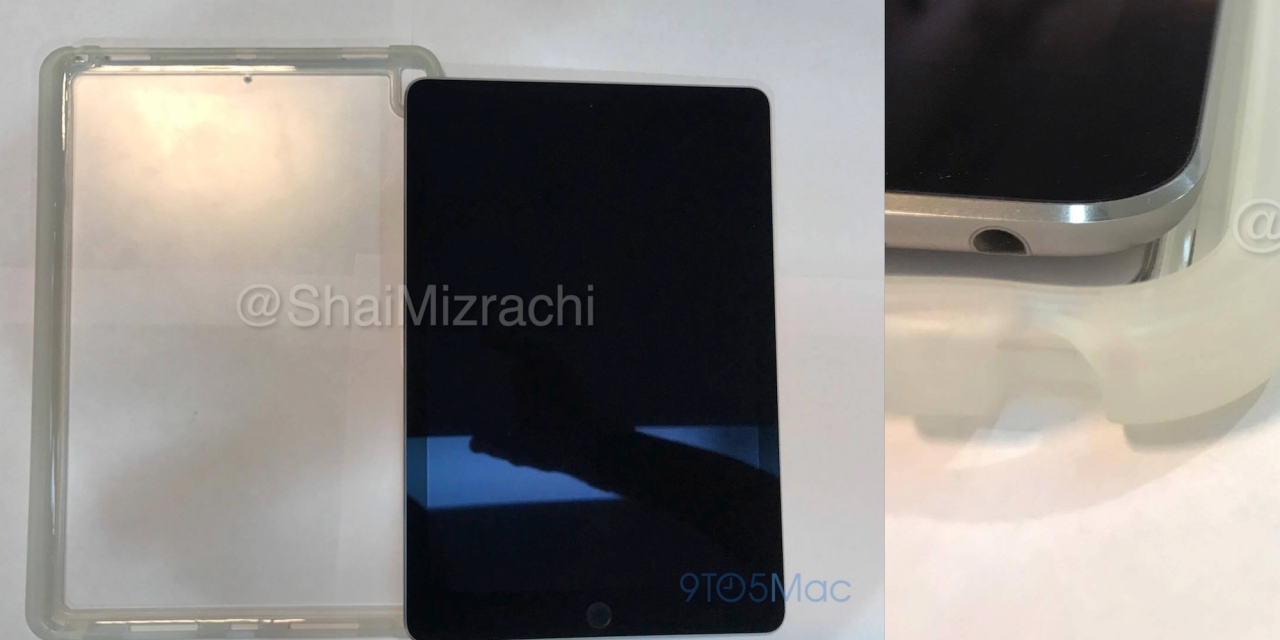 Earlier today we got a brief glimpse at some of the first iPad cases leaking for the new 10.5-inch (as well as that refreshed 12.9-inch model also expected soon). Now we get our best look yet at the new model with the images above and below showing a case for the 10.5-inch iPad Pro next to the current 9.7-inch iPad Pro model. The images come from sources in China and were shared with 9to5Mac by @ShaiMizrachi, a tipster that has shared accurate information for unreleased products on several occasions in the past.

In the images below, we get a better look at the difference in size between the current generation 9.7-inch iPad Pro and the upcoming 10.5-inch model. While the new larger screen size will add an additional 0.8 inches of diagonal screen, Apple is expected to slim down the bezels of the device meaning its overall physical footprint won’t grow proportionally to the increase in screen real estate. The result, as shown in the images below, is a slightly taller and barely wider case for the new 10.5-inch model versus the 9.7-inch Pro. We also see room for stereo speakers.

The case has repositioned mic holes that lines up with the leaks from earlier today, one visible in the upper middle of the backside of the case and another one along the top edge. We noted earlier that this matches the recently introduced $329 iPad and is a layout Apple has used for iPad models in the past.

Apple is expected to unveil the new 10.5-inch iPad Pro at its WWDC developer event next month, which is also expected to play host to the unveiling of the company’s much rumored Siri Speaker device as well as MacBook updates. And as an event that traditionally focuses on software updates, we will get our first look at new versions of iOS, macOS, tvOS, and watchOS in addition to other developer news.

Apple will kick off the event next month with its opening keynote presentation scheduled for the first day of WWDC on June 5.