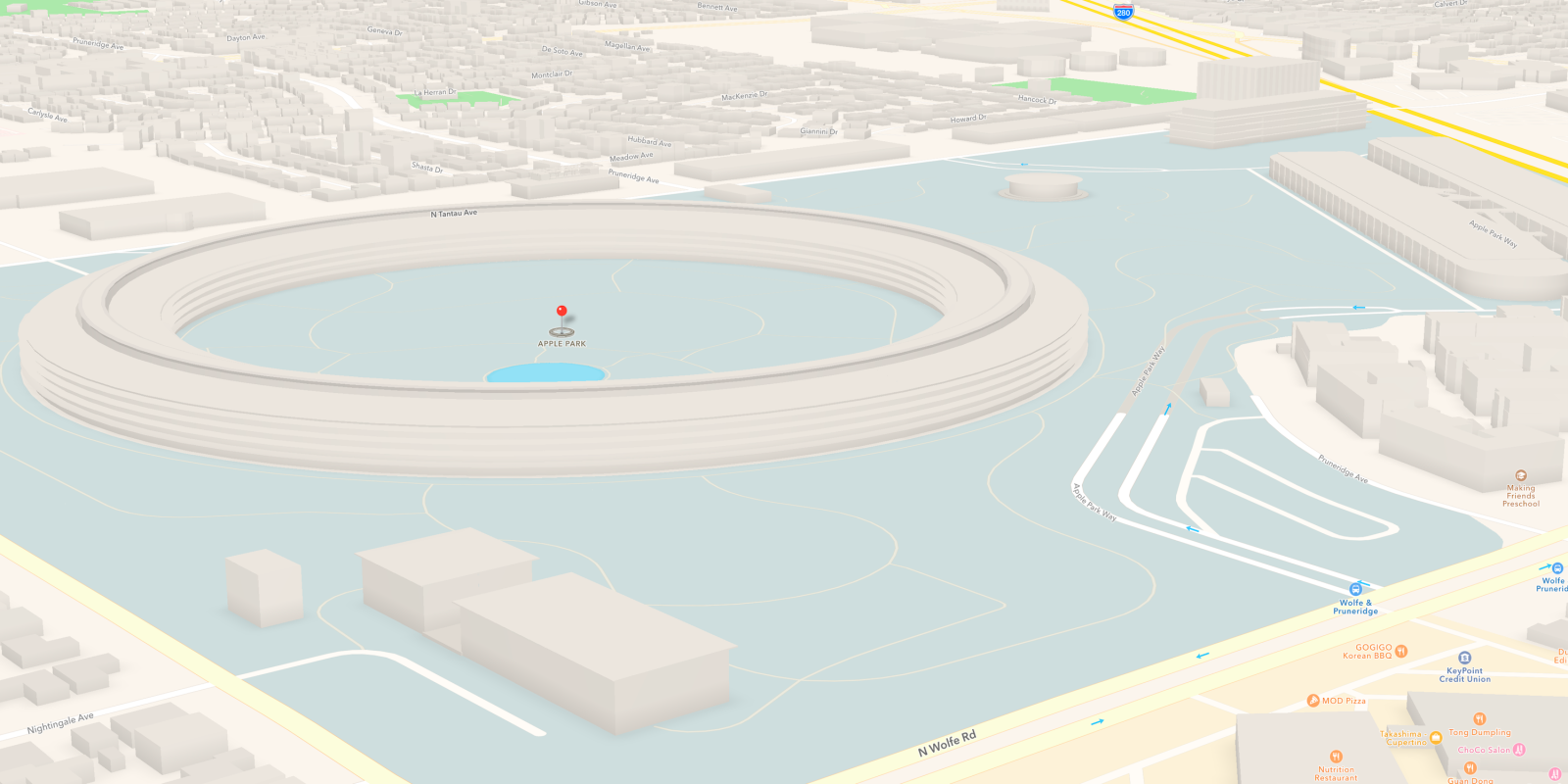 Apple Maps now shows 3D images of the Apple Park campus, with detailed representations of buildings, walkways and other landscape features. The detail extends as far as the sun-shade slats and solar panels on the main building.

The app added 3D satellite imagery back in March, though this was rather out of date. At that time, the map view was still rather sparse, something Apple has now fixed, though another issue remains unresolved …

The campus still isn’t the first suggestion when searching for Apple Park, with inexact matches coming higher up the list.

Apple Maps shows the buildings, walkways around the campus and a fountain inside the main spaceship courtyard. The campus as a whole is labelled, as is the Steve Jobs Theater, but other buildings remain blank.

Earlier this month, Google Maps added 3D satellite imagery of the campus, also with very outdated imagery. Its mapping of the site remains extremely basic, however, with only the main building, car parks and a random sprinkling of other buildings shown.

At a time when low-cost drone footage is replacing some of the aerial photography which supplements satellite images, it seems odd that Apple is not keeping its satellite views more up to date.