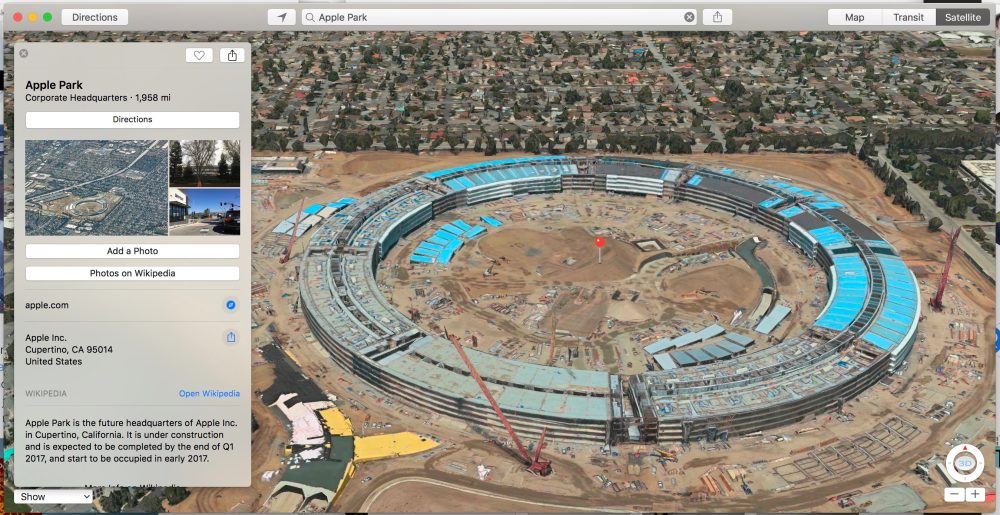 Apple’s new Apple Park campus is officially set to open next month, and ahead of that, the company has recently updated Apple Maps with satellite imagery of the new campus and a proper description.

As can see into image above, you get some beautiful 3D imagery of Apple Park in Apple Maps, though not necessarily up to date. Nevertheless, we have some more details and images below…

The new Apple Park campus still isn’t always the first result when you type “Apple Park” into Maps, but it is now one of the options. This is likely due to the fact that the change is still propagating to everyone, so expect its placement to vary. Prior to this recent update, however, Apple Park would not show up at all in Apple Maps.

Another thing worth noting is that the “Map” view of Apple Park is still relatively sparse, as you can see in the gallery below. Additionally, “Steve Jobs Theater” is also now listed as a location, albeit without very specific information. 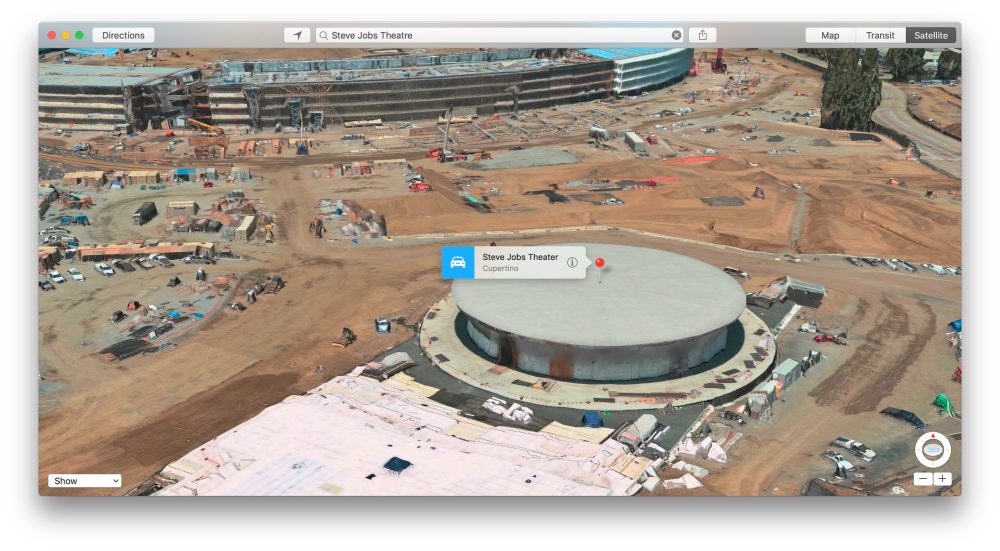 In addition to the imagery, Apple Park in Maps now has proper description information as well. There are user submitted images aggregated from Wikipedia, as well as a description from Wikipedia. No specific address is listed, but you can get directions by simply choosing the “Directions” option. Other information includes a link to Apple.com and a “Corporate Headquarters” description tag.

The new Apple Park campus is set to open next month, which is when employees will gradually start moving in. As we noted earlier today, however, construction is still very much ongoing and there aren’t signs of it stopping by next month. While there had been rumors of an iPad event possibly occurring at the new Steve Jobs Theatre as soon as next month, the drone footage we saw earlier this morning all but dashed any hope of that.

You can check out Apple Mark in Maps yourself on any iOS or macOS device, but a few screenshots can be seen in the gallery below. It’s pretty fun to navigate around the area and see what all is there, so definitely give it a try if you’re the least bit curious.

As always, you can keep up to date with all the latest Apple Park news in our guide, with an additional feed devoted to construction progress.