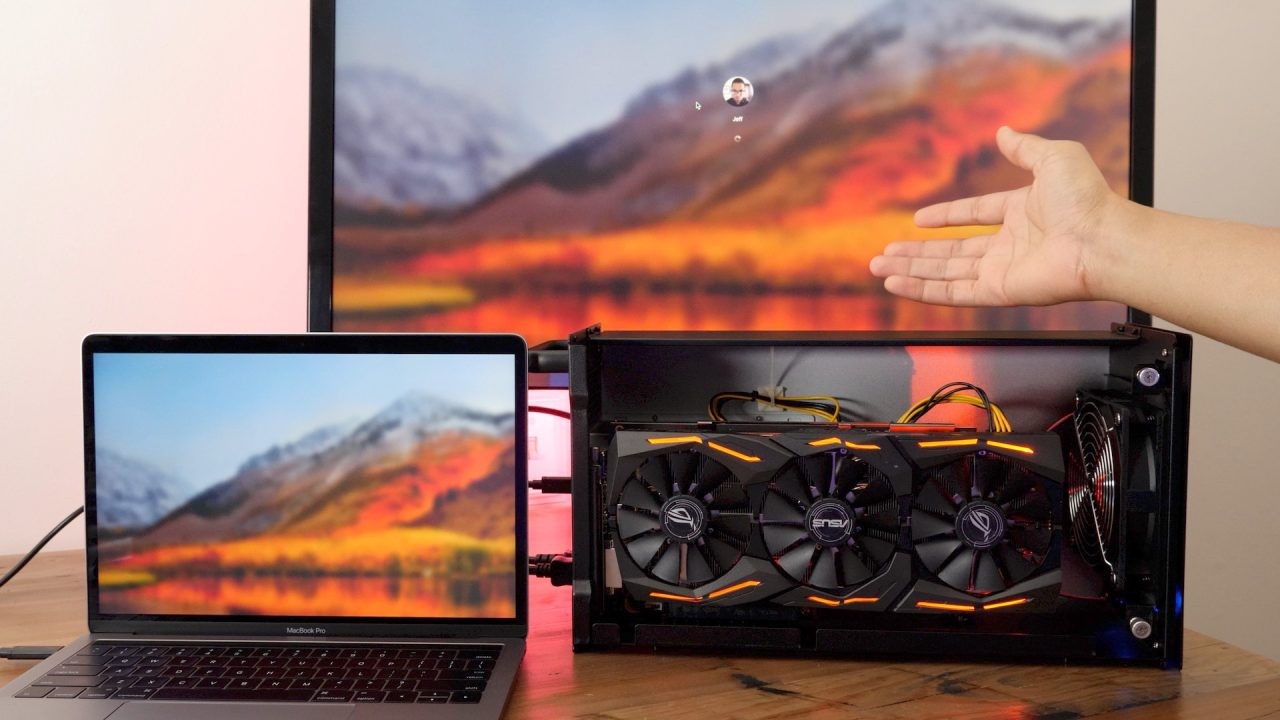 One of the more exciting macOS-centric features announced at Monday’s WWDC 2017 keynote was native support for external GPUs within macOS High Sierra.

As a big fan of the eGPU concept, and as someone who’s taken quite a few eGPU boxes for a spin on older versions of macOS, I was excited to try out the native functionality baked inside of High Sierra.

A second hoop to jump through, the lack of native support for the latest AMD GPUs was yet another obstacle. Although many users, including myself, were able to successfully traverse these blocks and get eGPUs working on lesser versions of macOS, things are now much easier thanks to Apple’s recognition that people desire the extra power afforded by big hulking external graphics units.

I don’t own Apple’s just-launched External Graphics Development Kit, but I do have an Akitio Node eGPU and an AMD Radeon RX 580. The Node features a compatible Thunderbolt 3 chipset, so it works out of the box with macOS High Sierra. The RX 580, which is an 8GB ASUS Strix model, works too.

Keep in mind that macOS High Sierra is still in its initial beta, so the experience was far from perfect, as I noted several times in the video. There’s also no internal MacBook screen acceleration, and there’s no indication as to whether that will be supported in future builds. With that being said, it’s extremely exciting to see native eGPU support in macOS, and this makes the future look very bright for Mac users who require the on-demand power than external GPUs can provide.

As noted in the WWDC keynote, Apple is selling a special Metal 2 External Graphics Development Kit to developers. The reasonably-priced $599 kit includes an AMD Radeon RX 580 8GB graphics card bundled inside of a Sonnet external GPU chassis with Thunderbolt 3 and 350W PSU. The kit also includes a Belkin USB-C to 4-port USB-A hub, and promo code for $100 towards buying an HTC Vive VR headset.

Considering the individual prices of all of the gear included in the kit, $599 is not a bad deal, especially when you consider the current scarcity and prices of AMD cards at the moment.

Of course, you should also be able to pair an Nvidia GPU with an eGPU box now that Apple supports external graphics, and Nvidia’s Pascal architecture supports macOS. Who ever though we’d be able to make those two statements back to back? 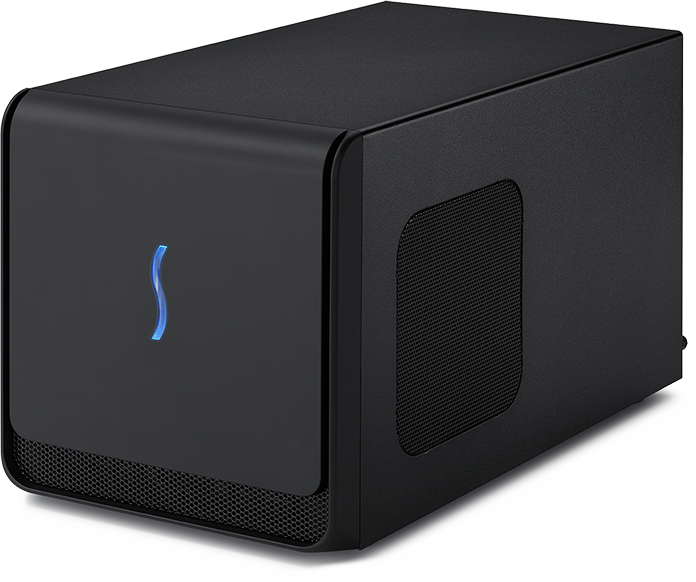 The eGPU unit included with Apple’s dev kit is Sonnet’s eGFX Breakaway Box 350, which includes one 8-pin and one 6-pin auxiliary power connector, and can power cards requiring up to 300W of power. The unit also provides 15W of upstream power, though that’s not enough to power a connected MacBook Pro.

Sonnet also has a more powerful version of its eGPU box, the eGFX Breakaway Box 550. This unit includes dual 8-pin auxiliary power connectors, and supports cards requiring 375W+ of power. MacBook Pro users will be particularly interested in the unit’s ability to recharge a 15-inch MacBook Pro at full speed, thanks to the 87W of upstream power provided.

Of note is the reported quietness of the unit. Sonnet claims that the Breakaway Box is the quietest eGFX box on the market and works with any Thunderbolt 3-compatible PCIe card regardless of length. The fine folks over at eGPU.io corroborate these claims in an earlier hands-on review of the unit.

If you’re not a registered Apple developer, you’ll be happy to know that the Sonnet eGFX Breakaway Box 350 will become available in early July with a MSRP of $299. The larger 550 box will be available in the third quarter of 2017 for a MSRP of $349. 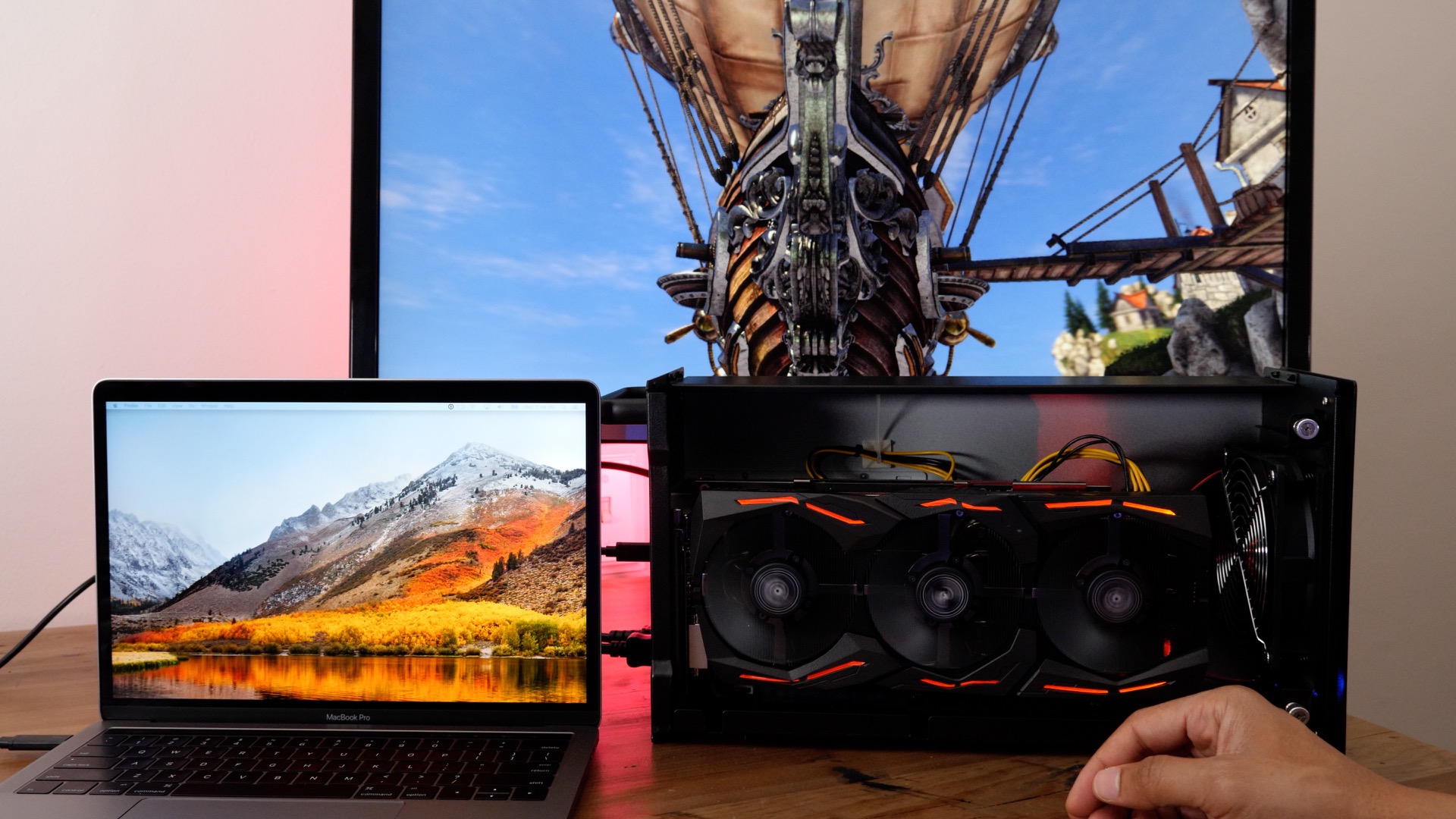 Personally speaking, I think it may be worth waiting for Sonnet’s offerings given the quietness claims. Some eGPUs units, including my beloved Akitio Node, are a little on the loud side when it comes to fan noise.

That said, you don’t necessarily have to opt for Sonnet’s gear in order to take advantage of the new native eGPU support in High Sierra. As I demonstrated in my hands-on video walkthrough above, High Sierra should support other eGPU units with compatible Thunderbolt 3 chipsets, such as the Akitio Node.

Would you consider using an eGPU with your Thunderbolt 3-enabled MacBook Pro or iMac now that it’s officially supported in macOS High Sierra?