The early 10.5-inch iPad reviews are in, and the verdict is expensive but near perfect 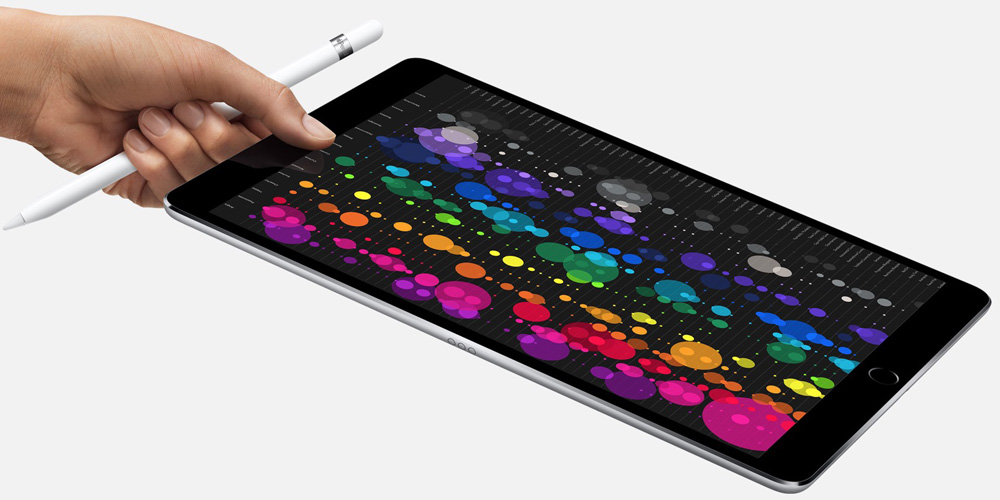 It’s been a week since Apple announced the new 10.5-inch iPad Pro, and the early reviews are now in. While reviewers do express a few reservations along the way, the overwhelming tone is positive.

Phrases like ‘Apple pays off its future-of-computing promise’ and ‘the biggest step forward the category has made yet’ suggest that tech writers are finally taking seriously Apple’s claim that an iPad is for many a realistic replacement for a PC.

There is disagreement about just how far that claim stretches, and eyebrows raised over the all-in price of a device that makes little sense without a Smart Keyboard and Apple Pencil, but those are the only real reservations found …

ArsTechnica says this is the first iPad to make a convincing argument for the Pro label.

It’s got a bigger, better screen; it’s got a better, faster chip with more RAM; and its enlarged Smart Keyboard makes it a whole lot nicer to work on than its predecessor. It might not convince you that an iPad can really be a “pro” device, but it makes a much more convincing argument for itself than the 9.7-inch tablet it replaces.

Andrew Cunningham says that iOS 11 will make this the most computer-like iPad ever.

The new hardware won’t change your mind if you already think iPads have no business being “Pro,” but in the fall when iOS 11 comes out these tablets are going to be more computer-y than they have been at any point in their seven-year history. There are still things that you really just can’t do with them, software development chief among them, but for writers or artists or even video editors the combination of hardware and software is increasingly convincing.

Business Insider says that with this model, the value of the iPad is becoming clear.

The iPad Pro is a great device and loaded with a lot of potential and promise once it gets that iOS 11 update. After all these years, the iPad has struggled to find its purpose, but Apple’s vision for the product is finally coming into focus.

From the Microsoft Surface to the Samsung Galaxy Book, there’s a lot of competition of the iPad in the pro tablet category. But even with its faults, the iPad Pro is the best tablet of the bunch.

Steve Kovach does, though, think the Smart Keyboard lets it down.

The Smart Keyboard is missing a lot of what you’d expect from an accessory focused on making you more productive. There aren’t any function keys. No brightness or volume controls. And, most frustratingly, no home button for jumping back to the home screen. It’s also not that comfortable to type on because the keyboard is so narrow from top to bottom, doesn’t sit well in your lap, and limits you to one viewing angle. I’d love to see some sort of solution for this in future versions of the keyboard. It’s the biggest thing holding the iPad Pro back.

CNET notes that you of course need iOS 11 to take full advantage of the device, but praises the hardware.

Scott Stein thinks that the market is owners of the 12.9-inch device and those who want a top-spec iPad but don’t yet have one. Everyone else should get the more affordable 9.7-inch model.

Engadget says that it may – with iOS 11 – be good enough to replace a laptop.

iPad Pros have always been great options for people who need high-powered tablets, and the new 10.5-inch model is no exception. It’s a more exciting update than it might initially seem: The screen is bigger and brighter than before, and the new A10X Fusion chipset makes this model one of the most powerful in Apple’s Pro lineup. Throw in an excellent main camera and the same 10-hour battery life we’ve come to expect, and we’re left with a great — albeit expensive — tablet for users who crave excellent performance. It still won’t replace your laptop, but it might be able to soon. iOS 11 is set to launch this fall, and the update will make these new Pros even better for people who need to multitask.

But Chris Velazco says that you pretty much have to be looking to do this before the price makes sense.

If you’re the kind of person contemplating a life without a traditional PC at home or in your bag, the power on display make the Pro 10.5 a good place to start … though you may want to wait until iOS 11 launches [but] no matter how you slice it, $649 is a lot of money to drop on an iPad […]

Most people like the idea of a second screen for occasional web browsing on the couch when they can’t be bothered to move to a computer or dig a phone out of their pocket. If that’s you, just forget it: The iPad Pro 10.5 is total overkill.

The Independent thinks that Apple has pretty much perfected the tablet.

Apple created the tablet as we know it. This is the biggest step forward the category has made yet, and the bigger, better display in a slim, lightweight frame are appealing. With apps that take advantage of the machine’s power and imminent operating software upgrades, it just became pretty irresistible.

Though David Phelan says the price means it’s not for everyone.

But if creativity is your thing, or if you want the eye-poppingly good display and serious performance the iPad Pro now offers, it’s a tempting proposition. And with the advantages of iOS 11 on their way, it’ll be a good alternative to a performance touchscreen laptop.

The New York Times has the most skeptical review, saying that the device inches toward replacing a PC, but still falls short.

After about a week of testing the 10.5-inch iPad Pro, I concluded that Apple’s professional tablet still suffers from some of the same problems when compared with a laptop. Most important, keyboard typing is not comfortable, and some tasks are better done with a mouse than with a touch screen. In the end, I would still recommend a traditional laptop for most professionals.

Brian Chen says the people who could use it instead of a PC is small, and for everyone else it’s expensive.

A small set of professionals who do not do much typing — like artists and illustrators — could probably get away with using an iPad Pro with a stylus as a stand-alone computer. But most professionals would probably benefit from using a personal computer combined with a smartphone and tablet.

Last year, Apple’s Tim Cook said that “we believe that iPad is the perfect expression of the future of computing.” This year, that claim seems more logical than ever […]

This particular recipe is coming to maturity. The iPad is a full-fledged computer, and you can argue against it but you’re going to increasingly sound like an idiot.

Matthew Panzarino says that the screen is the perfect size, and really delivers on quality too.

With a 20 percent larger screen but an increase in physical size of only 7 percent, the sweet spot has been well and hit. The larger 12.9-inch size will stick around, but I’d expect to see all iPads at 10.5 inches at some point. It’s just the right size […]

The big gem here is the quality of the screen. Apple has bundled together its P3 color gamut and True Tone technology into a single category called Promotion […] The supporting silicon of the A10X chip allows Apple to deliver not just the best tablet screen, but one of the best displays in all of computing at the moment.

The Loop says this is the ‘Goldilocks’ of iPads.

The 10.5-inch really is the “Goldilocks”1 of iPads for me. Not too big, not too small, and really powerful in everything it does. I would highly recommend it.

Jim Dalrymple also praises the responsiveness of the screen, though thinks the Smart Keyboard could be improved.

The new iPad Pro also comes with ProMotion, which delivers refresh rates up to 120Hz. In practical terms for the user, this means that everything you’re viewing is more responsive. From gameplay to scrolling pages in Safari, everything is really smooth. You may not think this would make much of a difference, until you see it in action. ProMotion will also adjust to match the frame rate of video, so video looks a lot better too […]

I do have a complaint about the size of the keys on the Smart Keyboard though. I’m a huge fan of Apple’s new MacBook and MacBook Pro keyboards and their larger sized keys. There seems to be lots of room on this keyboard to have larger keys, but they haven’t done it yet. It would be much more comfortable moving from a Mac to an iPad if the keys were more uniform.

The Verge is also impressed by screen size and quality, along with improvements in almost every aspect of the device, and says it’s almost better than it needs to be.

Guess how many companies came within a million miles of matching the speed, power, convenience, and app selection of the old iPad Pro. Can you guess? The answer is zero.

And yet, despite the fact that the meaningful tablet market has dwindled down to some Window 10 devices and the iPad – and despite the fact that the iPad itself has seen slowing sales – the company’s engineers are still moving full speed ahead and putting the most advanced technical hardware features it can come up with into this device. Apple is basically showing off at this point.

James Bareham does, though, wonder about the value for money when compared to a laptop.

The iPad Pro 10.5 presents a conundrum: it is a stupendous device that I firmly believe most people shouldn’t buy just yet […]

If you’re going to spend that much money on an iPad, you should know exactly what you’re going to do with it that takes advantage of all the Pro features. There are people who are already doing that, but I don’t think the majority of computer users can be comfortable using an iPad as their main device.

Perhaps the best advice was from ArsTechnica: ‘save your money for now, and buy a model refurbished or on sale once they’re actually running the software they were designed for.’