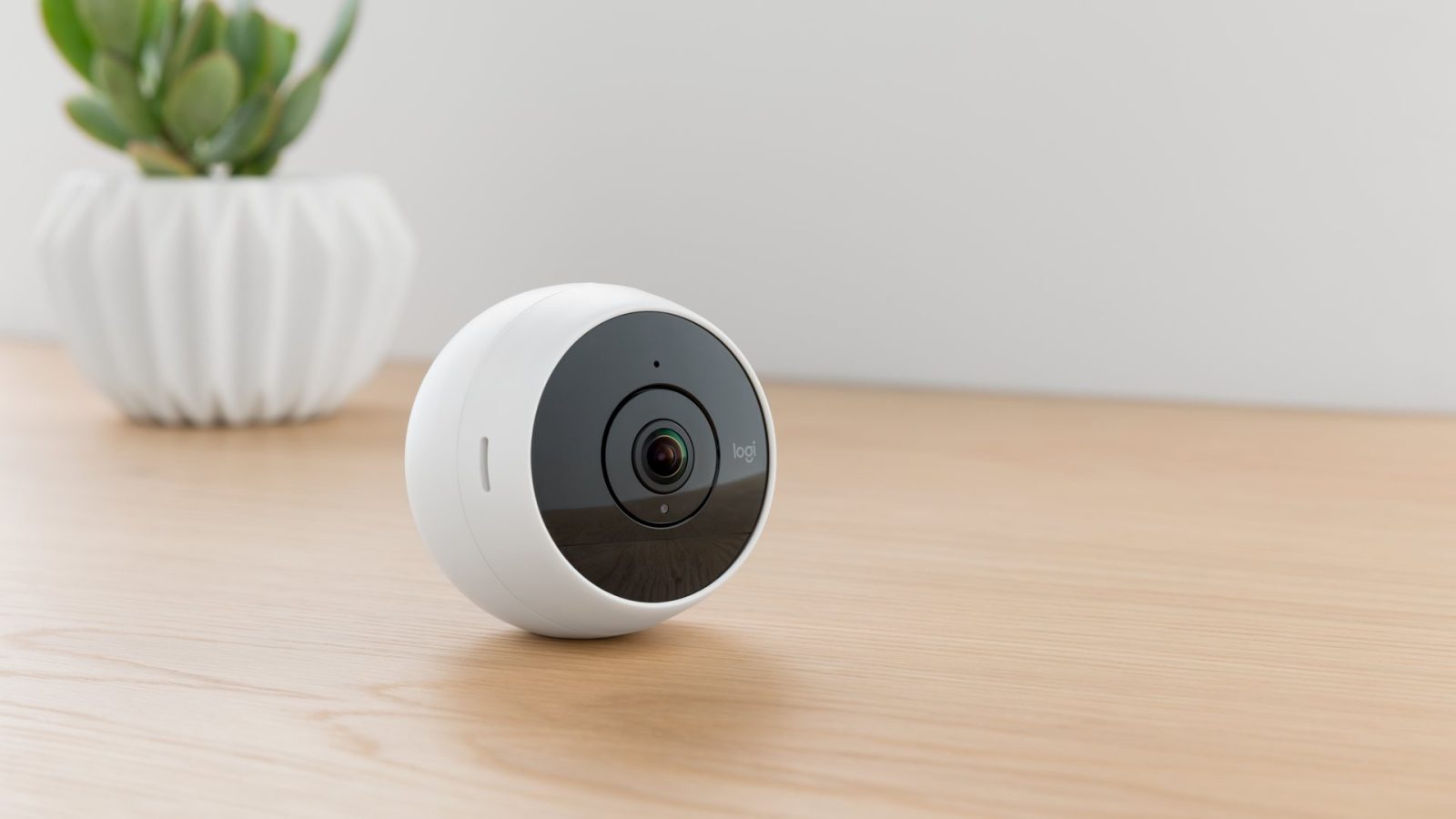 Logitech today has officially announced the release of its new Circle 2 home security camera. The latest version is an upgrade from the original Logi Circle camera, introducing more flexible hardware options for customers. Users of the Circle 2 will be able to install the camera indoors or outdoors, and add additional accessories as they see fit.

9to5Mac was able to go hands on with the Circle 2 a few weeks back, and we took a look at the different accessories and experiences it would bring. What makes the Circle 2 stand out from its competitors is that the same camera you use indoors, you can also use outdoors. The Circle 2 was built as a weatherproof device from the get-go to establish a more versatile long-term experience for customers. If a customer opts for an outdoor install, Logitech will also be selling a Weatherproof extension to safely protect wires from weather conditions.

The Circle 2 will come in two variants, wired and wire-free, but customers can easily move between the options with available Circle 2 accessories. This creates a modular-like experience, without customers having to buy all new cameras for their use patterns. For example, if you were to buy a wired Circle 2 today, in the future you could purchase the rechargeable battery. This would effectively turn it into the Circle 2 wire-free version. If you decide that you don’t want the rechargeable battery, or even a wire with your Circle 2, you can opt for the Plug Mount and directly plug into your wall socket.

One accessory that particularly stood out in the Circle 2 demo was the Window Mount. With the accessory, you could place the Circle 2 directly up against a window pane and record footage from outdoors without worrying about any lens glares. The Logitech team informed us that the Circle 2 is smart enough to reduce it’s LED’s brightness to cut glare when recording as it’s attached to the window mount.

An obvious question during our preview was in regards to HomeKit support for the Circle 2. After testing Circle 2 with HomeKit on an iPhone and iPad at the demo, Logitech confirmed to us that HomeKit support will be available to all Circle 2 customers in a future software update. Amazon Alexa support is available right out of the gate, allowing users to manually invoke recordings from the home assistant. Logitech’s POP Smart Button is also supported by the Circle 2, enabling quick camera controls.