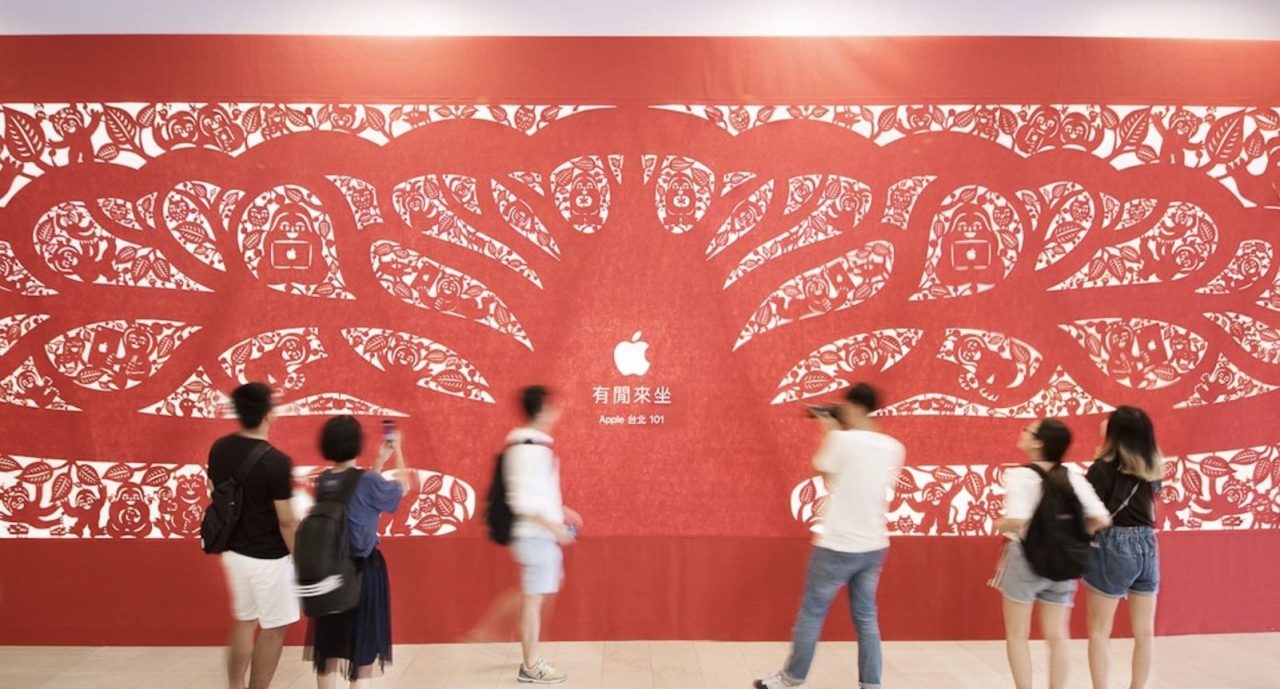 Earlier this month, Apple announced its first ever Taiwan retail store, revealing that it would be located in the Taipei 101 skyscraper. Now, Apple has officially confirmed a grand opening for the store: July 1st.

As reported by Focus Taiwan, Apple’s Taiwan retail store is set to open at 11AM on July 1st, with the festivities kicking off with a ceremony showcasing art work from paper cutting artist Yang Shih-yi.

Customers will have access to the full range of Apple products and services in the retail space, located in the Taipei 101 shopping mall, and learn from and exchange ideas with each other, the company said.

Located in the Xinyi District on the ground floor and basement level of Taipei 101, the store will cover 1,322 square meters and feature a multi-level experience. The store will also presumably feature Apple’s latest retail design that sections off the Genius area from the shopping area.

Taipei 101, formerly known as the Taipei World Financial Center, officially opened back in 2004 and offers 101 floors of offices, restaurants, observatory decks, and shopping. The Taipei 101 Mall is located on the basement floor through the fifth floor and will house Apple’s retail location, as well as stores from various other retailers.

Apple announced its Taipei 101 location earlier this month, touting it as its first retail location in the country. In the past, third-party resellers have been the primary retail source of Apple products in Taiwan.

Will you attend Apple’s grand opening in Taiwan on July 1st? Let us know down in the comments.