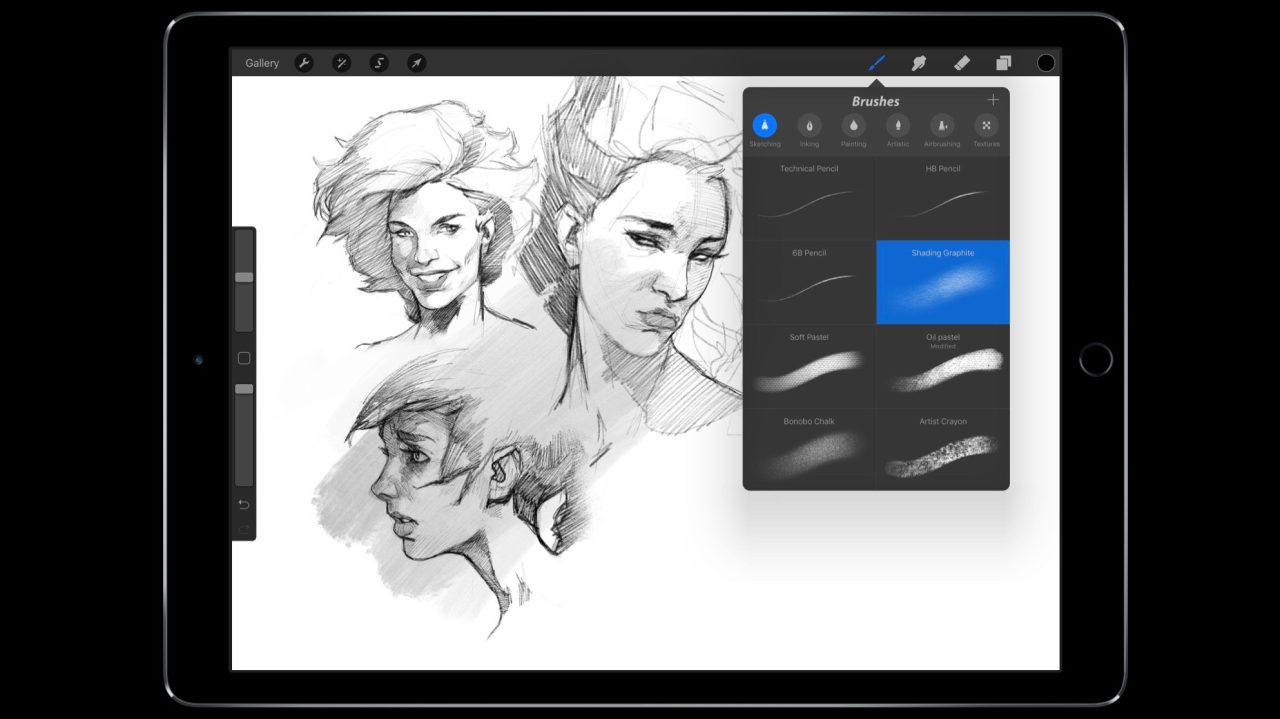 If you have an iPad Pro and an Apple Pencil, Procreate is a must-have app for illustrators who want to test the limits of Apple’s hardware. The latest version of Procreate includes fixes for users with either model of the new iPad Pro. Procreate has also starting teasing out a major update coming this fall…

The current Procreate update fixes a pesky bug users on the new 10.5-inch iPad Pro and second-generation 12.9-inch iPad Pro may have experienced:

If you’ve got one of the new iPad Pros, this update is for you. This fixes a cancelling issue with the canvas zoom and pan gesture on both new iPad Pro models.

As for the next major version of Procreate, the team behind the drawing and painting app has shared a brief teaser clip on Instagram (as well as some behind-the-scenes production work on Instagram Stories). Procreate calls version 4 its ‘biggest update ever’ which will be ‘powered by METAL’, run ‘4x faster’, and be ‘designed for the future’…

This Fall. It's happening. Get excited. ⠀⠀⠀ ⠀ Want more? Keep an eye on our story for exclusive updates. ⠀⠀⠀ ⠀ #procreate #digitalart

Finally, Procreate says it will be revealing specific features coming to the new version starting this week on its website. In the meantime, you can use the powerful sketching app to put your iPad Pro and Apple Pencil to work now.

Procreate for iPad is available on the App Store for $5.99.