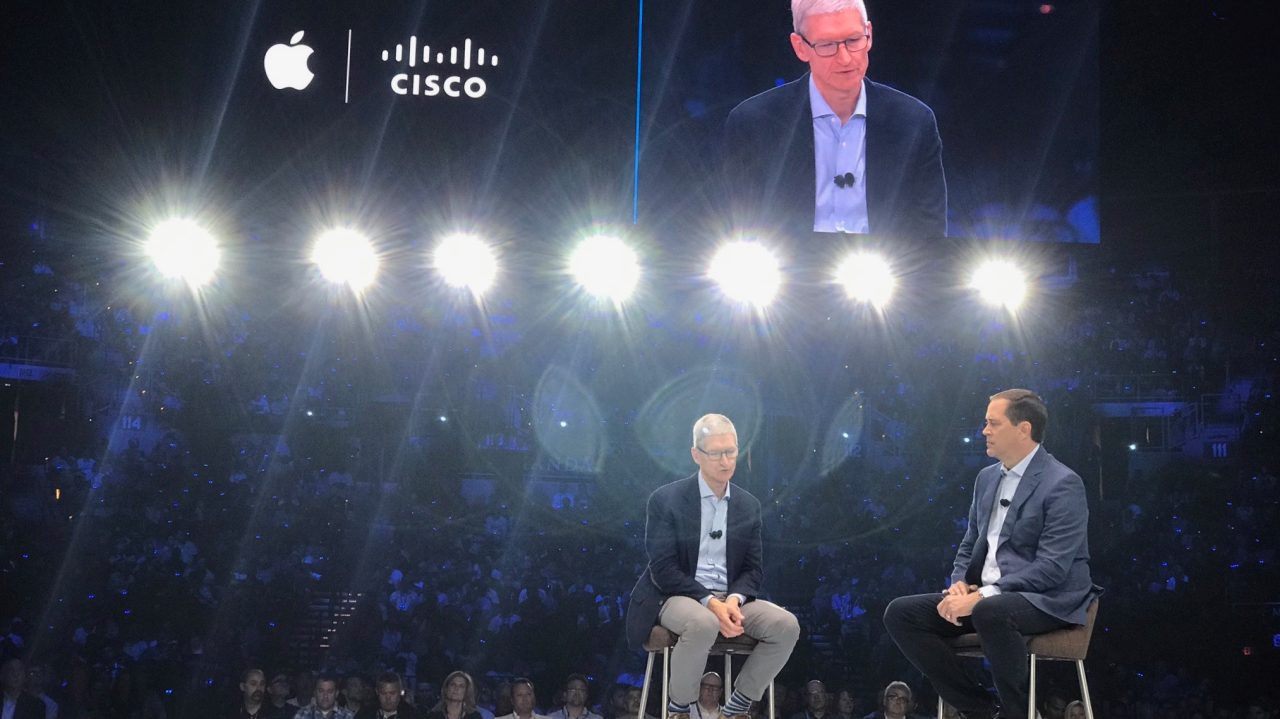 According to attendees, Tim Cook appeared on stage to detail a further deepening of the partnership started between Apple and Cisco at his last appearance in 2015. Cook and Cisco CEO Chuck Robbins also discussed new enterprise updates coming in iOS 11, features available through the Cisco partnership, and cyber insurance.

Following Cook’s appearance, Cisco has detailed a new initiative coming out of the partnership: “the Cisco Security Connector app for iPhone and iPad in the enterprise.”

The Cisco Security Connector offers security functionality from Cisco Umbrella and Cisco Clarity in a single app. It can be deployed on enterprise supervised iOS devices via a mobile device management (MDM) solution, such as the Cisco Meraki Systems Manager.

With the Cisco Security Connector, organizations gain the following:

The Cisco Security Connector is expected in the fall of 2017.

The new initiative will help ensure enterprise environments can securely deploy iPhones and iPads in the field. Cisco will also be running a beta program for eligible clients looking to test the new technology ahead of its launch later this fall.