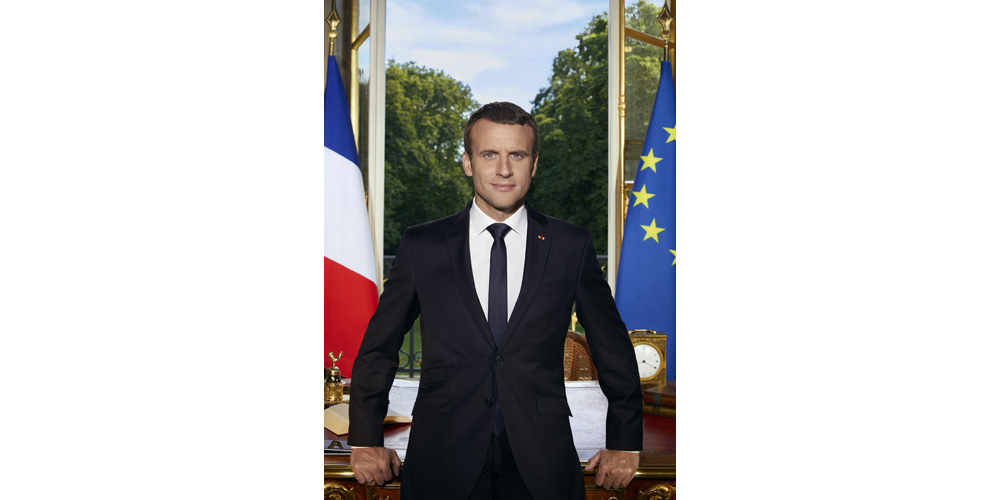 Video footage (below) shows French President Emmanuel Macron carefully positioning two iPhones on his desk for inclusion in his official portrait photo. They can be seen in the bottom-left corner of the photo …

Macron has been photographed many times using an iPhone, and it’s believed both of them are his. It’s likely the deliberate inclusion in the photograph was intended to convey an image of a modern, tech-friendly president.

LCI reports that this is the first time a mobile phone has been included in an official photograph of a French President.

In this photo taken Saturday, according to our information, several symbolic elements surround Emmanuel Macron. Three books from the Pléiade collection are placed on the desk: Charles de Gaulle’s Memoirs of War, Stendhal’s Red and Black, and André Gide’s Novels and Narratives. Also on the desk, his mobile phones appear, a first on an official photograph of a President of the Republic.

The video footage was shot by communication consultant Sibeth Ndiaye, while the photo was taken by Soazig de La Moissonnière, a photographer who has followed Macron since the start of his campaign.

The Verge notes that ‘more than 50,000 copies of the new photo will be placed in city halls, police stations, and embassies around France.’