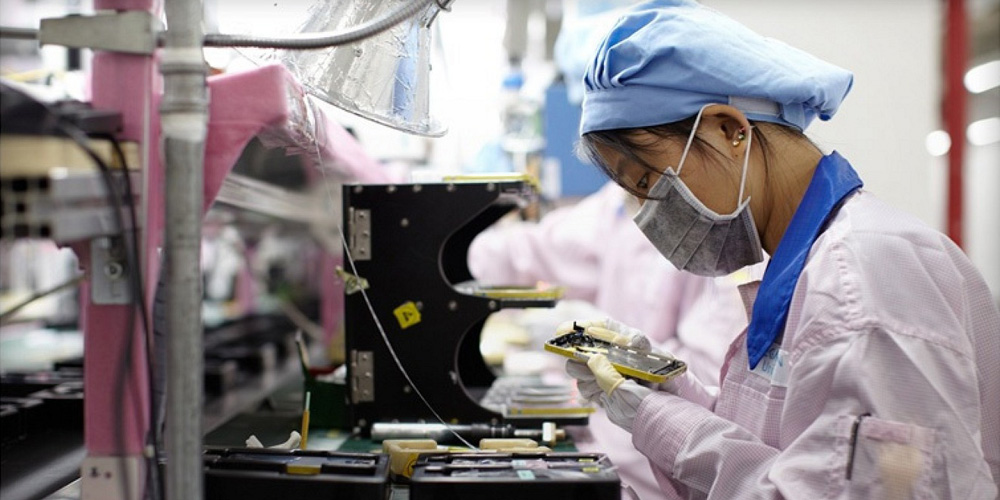 Ever since then presidential candidate Donald Trump promised he was ‘gonna get Apple to start building their damn computers and things in this country,’ there’s been a steady stream of people pointing out why that isn’t practical – and wouldn’t do much for the U.S. economy if it were.

Tim Cook explained that the reason Apple makes iPhones in China has little to do with the low wages there and everything to do with the local skillset, with the company’s suppliers echoing this point. But even if Apple bowed to political pressure to do it, it would be unlikely to create many jobs …

While the usual Foxconn factory photos show assembly workers beavering away on production lines, the highly-automated nature of the work means that labor costs are only a tiny fraction of the total production cost of an iPhone. That work is also highly seasonal, with Foxconn taking on the bulk of its workforce only for peak production times each year.

A Bloomberg report notes that Labor costs amount to just 2.2% of the average cost of an iPhone.

Apple relies on a network of suppliers, all of which are within a short distance of the Shenzhen assembly lines. Those suppliers simply don’t exist outside China and Taiwan.

Apple does sometimes create iPhone factories in other countries. It did so in Brazil to avoid a 30% import tax on iPhones, and has recently done so in India in order to meet government criteria for opening Apple Stores. But the report notes that these facilities create few jobs.

In Brazil, very little changed. Rather than doing lots of high-level manufacturing in Brazil, Foxconn continued to do most of the work back in China, where the supply-chain was nearby and parts could be pre-assembled. This meant that most of an iPhone was [still] made in China and merely shipped to Brazil for local workers to slot together. In the end, the Brazil project failed on two levels. It hired a fraction of the workers the government had expected, and it didn’t attract any of Apple’s hundreds of suppliers.

And what was true in Brazil then would be even more true in the USA today. As of December of last year, Foxconn already had ten fully-automated production lines, and is working on automating entire factories.