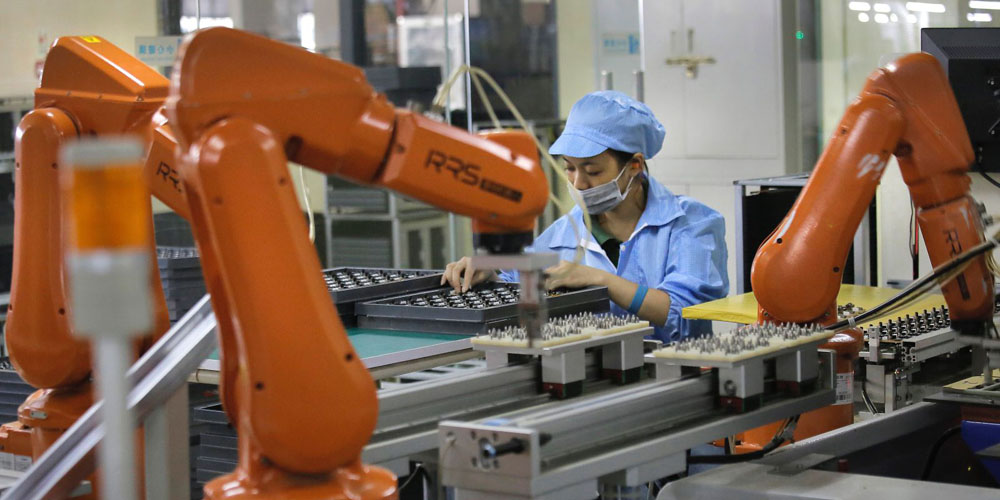 Romantic images of bringing iPhone production back to the USA to create jobs were given a further blow today when Apple’s main iPhone assembler Foxconn announced that it has already deployed 40,000 robots on its production lines, and is working towards a goal of fully-automated factories.

Foxconn has already replaced more than half its workforce with robots since the launch of the iPhone 6, and the company’s Automation Technology Development Committee general manager Dai Jia-peng said that this was just the start of a three-phase plan …

Phase one, reports Digitimes, is to replace individual worker positions with automated work stations, starting with the most dangerous and unpleasant jobs. Phase two is to automate entire production lines. These will replace existing ones, which mix robots and human workers, and the company has already introduced these for non-Apple products.

There are 10 lights-out (fully automated) production lines at some factories, including table one in Chengdu, AIO (all-in-one) PC and LCD monitor lines at a factory in Chongqing, western China, and a CNC line in Zhengzhou, Dai indicated.

The company’s eventual vision, is to have entire factories – not just production lines – operate fully automatically.

In the third phase, entire factories will be automated with only a minimal number of workers assigned for production, logistics, testing and inspection processes, Dai indicated.

President-elect Trump made a campaign promise to force Apple to make its products in the US, without giving any indication of how he could do so. Tim Cook and others have described this as impractical, given the lack of vocational skills and logistical support. In a phone conversation with Trump, Cook was reportedly as non-committal as could be.

Cook and other tech leaders did take part in a meeting with Trump at which jobs were said to be a key topic, but Cook’s later comments on this did not suggest much of a meeting of minds.

Apple is reported to have asked both Foxconn and Pegatron to investigate the possibility of bringing their iPhone assembly lines to the USA, and Foxconn subsequently confirmed that it was in preliminary discussions on the topic – though it declined to confirm the reported numbers, which included a suggestion that 50,000 jobs might be created. This latest news makes that claim seem even less likely.