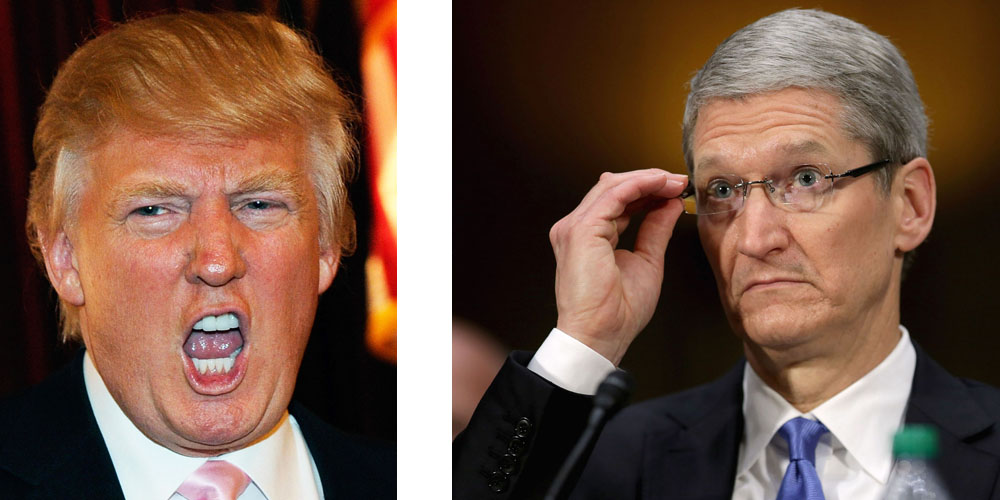 President-elect Donald Trump promised during his campaign that he would ‘get Apple to start making their computers and their iPhones on our land, not in China’ – and he has now said the same thing directly to Apple CEO Tim Cook. He told the New York Times what he’d said.

Cook reportedly responded with a brief and non-committal comment …

[Cook] said, ‘I understand that.’ I said: ‘I think we’ll create the incentives for you, and I think you’re going to do it. We’re going for a very large tax cut for corporations, which you’ll be happy about.’

Suppliers said recently that the idea of Apple doing all or most of its manufacturing in the U.S. is impractical due to the lack of the required vocational skills – and wouldn’t in any case create jobs in the USA.

U.S. electronics companies often outsource production, so they don’t always have full control over where their goods are made [and] some manufacturing jobs done in China with human labor could be lost to machines if production moves back to the U.S., economists warn.

Surprisingly, cost is not a huge barrier – a recent analysis suggesting that US-made iPhones would cost only $30-40 more, a premium many might be willing to pay.

Apple was also cited in regard to another one of Trump’s campaign promises: the Chinese government stating that iPhone sales ‘will suffer‘ if the president-elect implements his threatened 45% tariffs on Chinese imports.