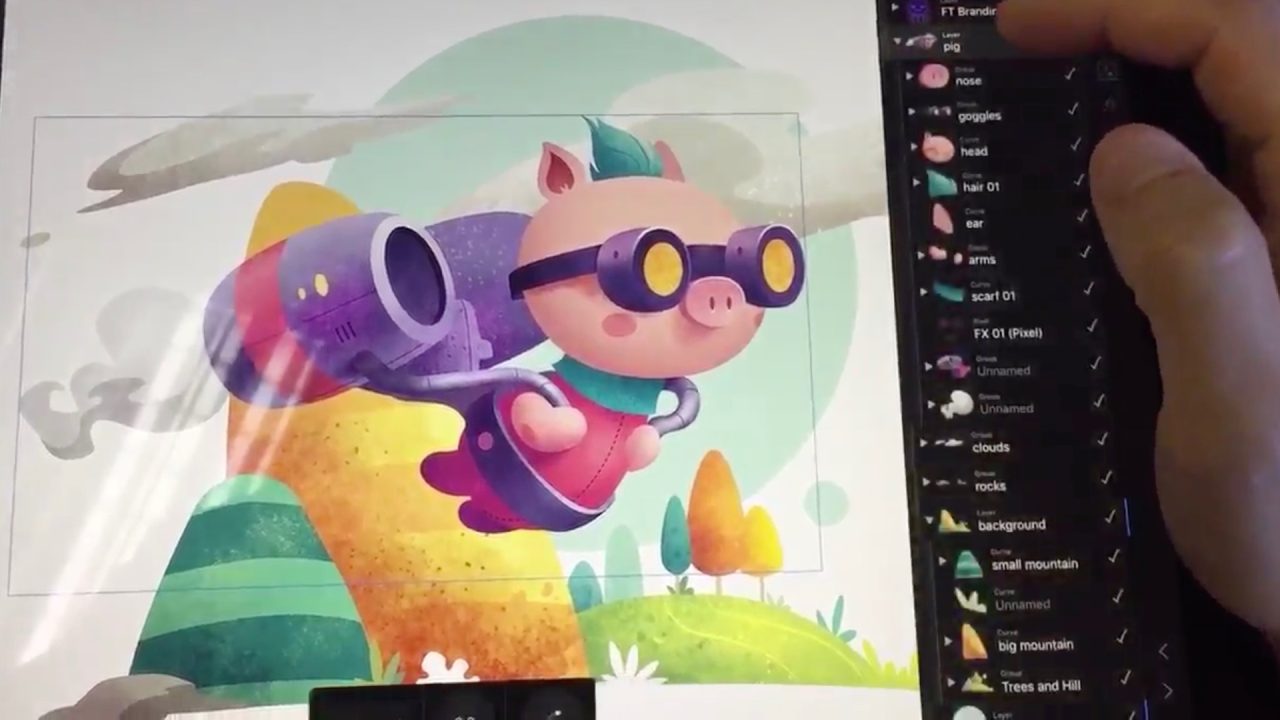 With the success and popularity of Serif’s Affinity Photo for iPad, it seemed like a given that its companion app, Affinity Designer, would soon make its way to iPad. In a video posted via Twitter earlier this morning, Affinity Designer’s project manager, Matt Priestly, shared a teaser of the app in action.

The video provides just a brief glimpse of Affinity Designer’s app icon, launch splash screen, and a few sample projects. In the video, Priestly opens an outline of a vector image via a split screen view using the Navigator studio, seamlessly moving the image between vector and outline view. He then switches to the Stroke studio to alter the properties of various strokes within the artwork.

The app features a design that’s similar to Affinity Photo for iPad, which comes as no surprise considering that the Mac versions of both Designer and Photo are very much alike. Needless to say, Designer for the iPad looks like a game-changer when it comes to doing graphic design, including icon design, concept art, web mockups, and many other things that designers regularly use an application like Adobe Illustrator for.

To have this much power in a form factor like the iPad is just incredible, and the eventual release of this app only further solidifies the iPad’s place in the personal computing landscape. These are desktop-class apps that afford iPad users many of the same power-user features found in full macOS desktop versions.

It's quiet in the office today and I'm feeling mischievous… Who fancies a bit of #affinitydesigner #ipad #shakycam teaser? 🐱 pic.twitter.com/ZfbSIJY5Vn

What are your thoughts on the Affinity Designer for iPad teaser? Personally speaking, I’ve always been hyped for the eventual release of such an app, but my excitement just turned up a few notches based on what was displayed on video, and based on the track record established by Serif’s previous release.

When you consider the cost of competing apps, Designer for the Mac is already a great deal at $49.99. If Serif follows the same pattern set by Affinity Photo for iPad, pricing Designer at $19.99, it will be another outright win for iPad creatives.