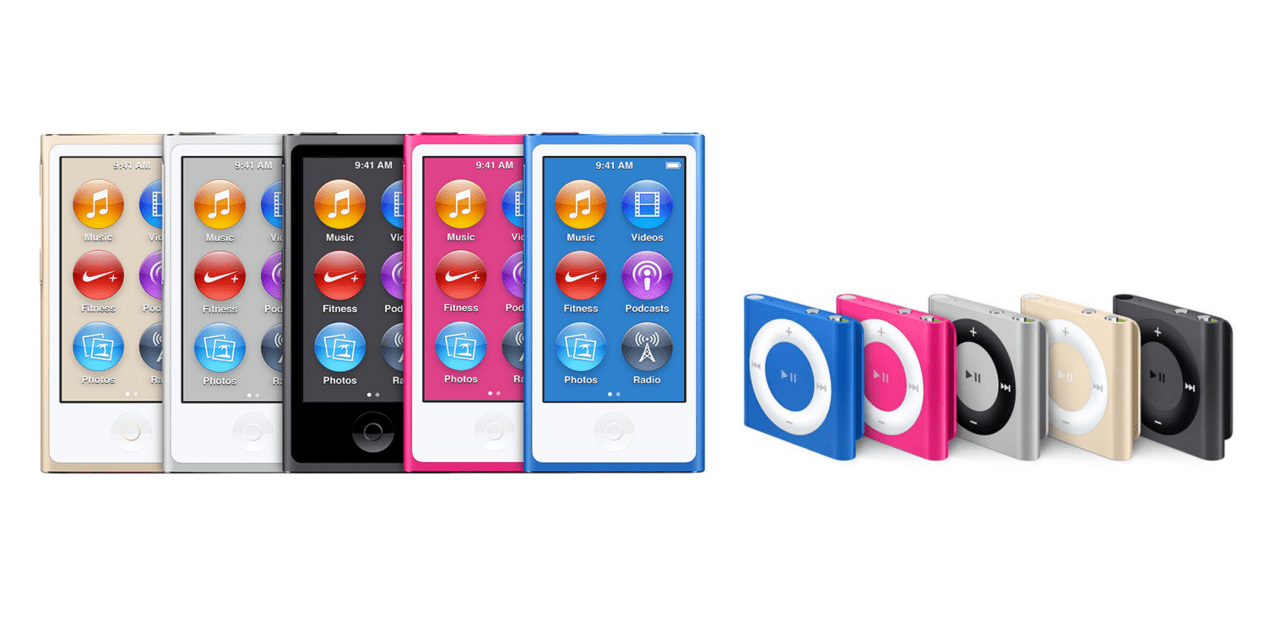 Update: We’ve confirmed with Apple that iPod nano and shuffle are indeed discontinued and will eventually be removed from sale in retail stores too. Apple has also updated the iPod touch lineup in the process, now offering only 32GB and 128GB models at reduced prices.

Apple today quietly removed its iPod nano and iPod shuffle product pages from its website, indicating that the company could be moving towards officially discontinuing the products. The move makes the iPod touch the only iPod left on Apple’s website available for sale.

While the current iteration of the products have long been considered to be on their last leg—both having been last updated in 2015 with new colors but otherwise the same since 2012— it’s unclear if Apple is just removing their presence from online or will also stop selling the devices in its retail stores where as of recent weeks its had stock of both products in many locations. One Apple retail source we spoke with said there hadn’t been any notice or indication the product would be removed from sale.

Apple has also changed the icon for iPod’s main product page on its website to reflect the iPod Touch now being the sole iPod in its lineup (as pictured above).

Both the iPod nano and iPod shuffle remain available for sell at third-party retailers.