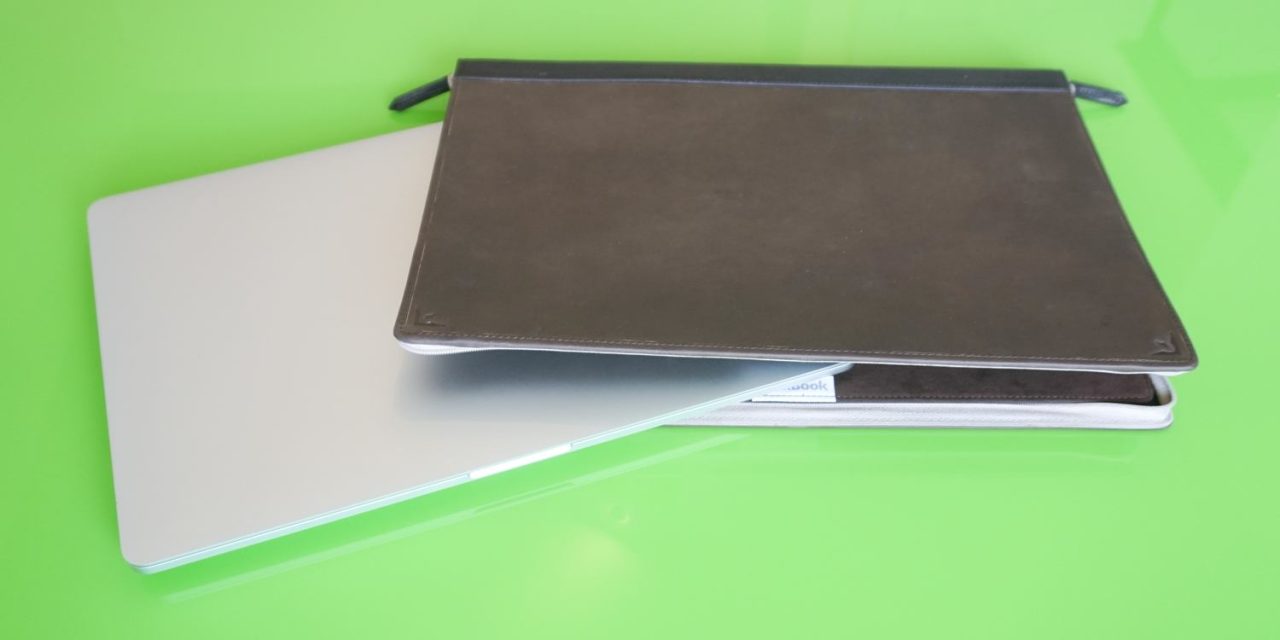 I have a bit of a love-hate relationship with cases for iDevices. My general view is that we pay a lot of money for a beautifully-designed device, so it seems a great shame to hide them away inside a case.

On the other hand, there are some cases that are beautiful in themselves. For example, my iPhone 6 lived in a Mujjo Leather Wallet Case most of the time. That was mostly, though, for the convenience of being able to carry a couple of cards with me when I wanted to go out without my wallet. My iPhone SE travels naked.

My iPad spends a lot of its time attached to a Brydge keyboard, which also protects the screen, but doesn’t sit inside a case. My MacBook Air does still live inside a Burkley hardshell leather case because I’m a big fan of leather and think that looks just as good as the machine itself.

But the portability of my 2016 MacBook Pro means that this, not the Air, is the machine I carry with me when I need more than an iPad. That meant I did need to think about protecting it …

I’ve ended up with a three-pronged approach …

In my bike bag, I’m just looking for protection against scratching as the bike bounces around on London’s somewhat variable-quality road surfaces. For that, I again turned to Mujjo, its felt and leather sleeve living permanently inside my bike bag. I then simply open the flap to slide in my MacBook Pro and iPad.

If I’m walking instead of cycling, then I use the absolutely gorgeous Pad & Quill Valet Luxury Bag which Jordan reviewed last year. This has slots for both MacBook and iPad. The company also makes a less expensive version suitable for the 12-inch MacBook or an iPad.

But that left me with one gap. When flying, I’m always paranoid about some idiot trying to squash something on top of my cabin bag, putting pressure on the Mac inside it. And that’s where a TwelveSouth BookBook case has come into its own – but let’s back up a bit first …

The idea of BookBook cases is that they look like an antique hardback book. This illusion is mostly in the spine, which looks very convincing, while front and back are plain leather with a deliberately faded gold border to keep up the antique impression.

That illusion is mostly just a fun and pleasing look, but there is the slight added benefit of security. Walking down the street with one of these, it’s not immediately obvious that you’re carrying a laptop. (Well, unless you cling to it like this …)

The original BookBook cases were fairly bulky, reflecting the thickness of the classic MacBook Pro models, but the Vol 2 is designed specifically for the much slimmer 2016 models. It’s just over 2cm (less than an inch) thick.

TwelveSouth products always have a feel of quality, and this is no exception. Beautiful stitching, inside and out; high-quality leather; soft felt interior to guard against scratching; and smooth-running zips.

I mentioned being worried about someone stuffing something on top of my cabin bag, putting pressure on the relatively delicate screen assembly in the top lid of the MacBook Pro. Which is where one more aspect of the case comes in: there’s a rigid sheet between the leather exterior and felt interior.

The Vol 2 has one extra feature my older ones don’t: a fold-down flap to allow you to store a few papers. As a paperless person, it’s not something I expect to use myself, but I’m sure some will find it handy. 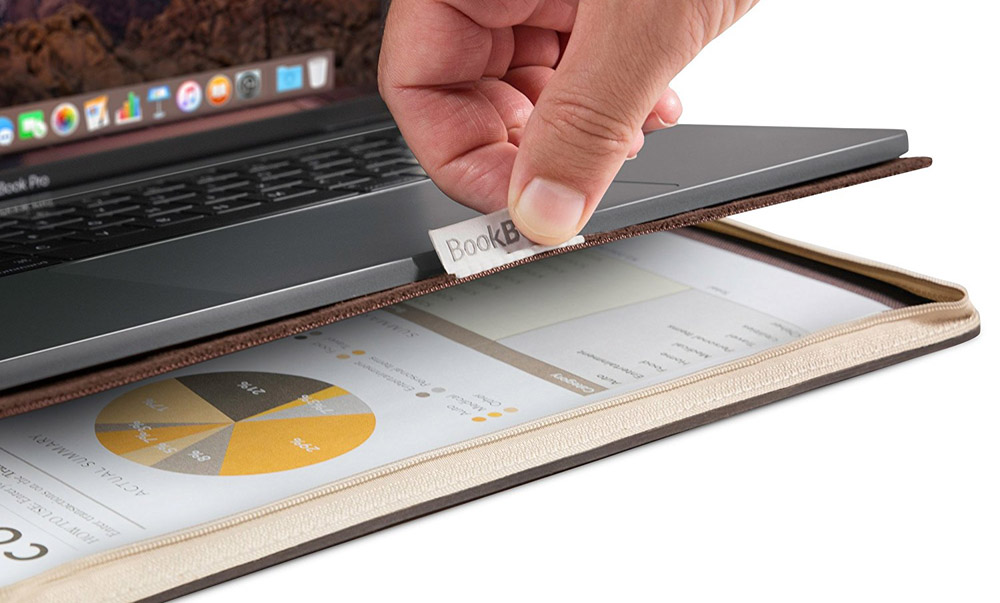 Another nice touch is two elastic bands that fit around the screen corners. With this in place, you can leave the laptop inside the case and the back of the case is held upright, making it more convenient to use.

I’ve had a lot of compliments on my BookBook cases over the years, with lots of people asking me what it is and where to get one. My fellow writers especially seem to appreciate the styling.

For my own part, I enjoy the aesthetics and the feel of quality – and that rigid layer gives me peace of mind when flying. At $80, it’s not cheap, but neither is it at all unreasonable for what you’re getting. I’ve used these cases for years, and am delighted to finally have one for my 2016 MacBook Pro.