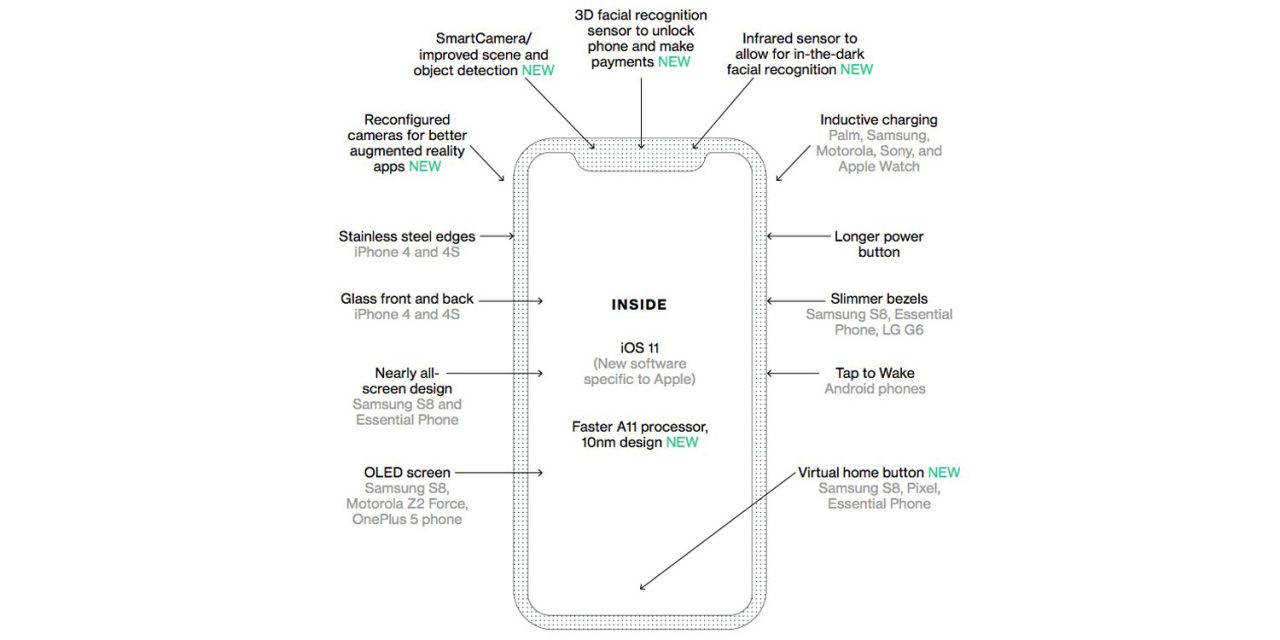 While the iPhone 8 is expected to have quite a few new features, not all of them are totally new. Some have been borrowed from earlier iPhones – like the glass back seen previously on the iPhone 4 and 4S – while others use tech first seen on competitor phones …

Bloomberg has an interesting roundup of all the new features expected, and who got there first.

As the site notes, Apple rarely tries to be first to market with new technology, preferring to wait until it can create the best possible implementation.

The new iPhone won’t be a case-study of innovation, more a matter of perfecting features that are already out there in rival devices. Time and again, Apple has followed this “best, not first” philosophy, seizing on technologies and features bungled by rivals and implementing them well enough to spur widespread adoption.

The piece also has a timeline in a range of features, showing who created which, when.

While there’s of course some degree of speculation in terms of the features to be found in the iPhone 8, the clues found in the accidentally-released firmware for the HomePod have added a great deal of confidence to the usual leaks.

The headline features are expected to include a near-bezel-free OLED display with top notch, face-recognition replacing Touch ID and wireless charging.