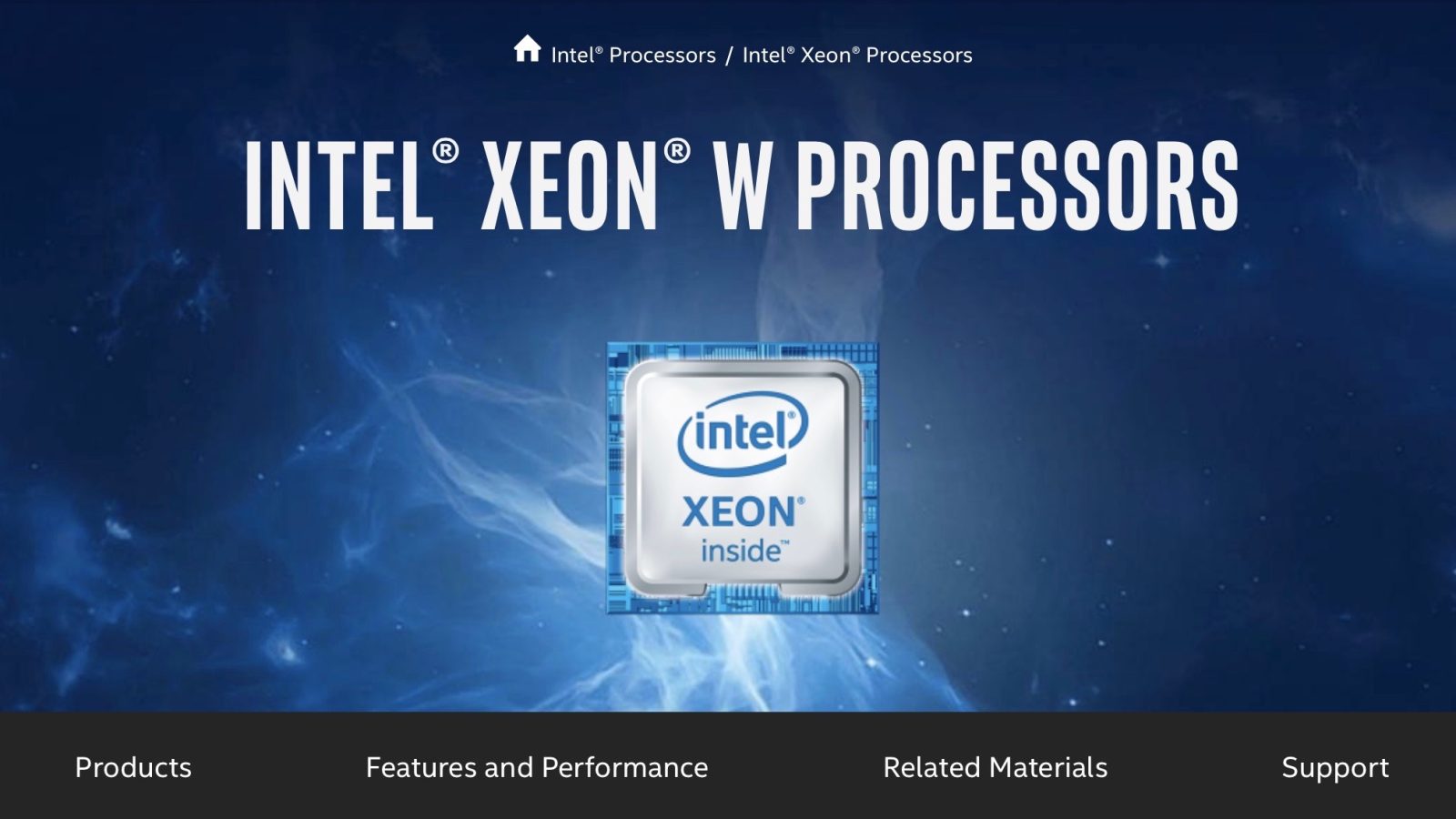 As noted by AnandTech, Intel’s Xeon offerings have become more confusing as of late. In May, the company announced a replacement of its E5 and E7 series with its new scalable processor Xeon series, ranging from Bronze, Silver, Gold, to Platinum for professional/enterprise use.

Now, the new Xeon W family is designed help fill the gap in Intel’s processors between server and consumer use. They will replace the E5-1600 series that Apple has used in its Mac Pro and use Intel’s Skylake architecture.

The Xeon W family features specs up to 18 cores, will offer up to 512GB of ECC RDIMM/LRDIMM memory, along with turbo clocks of up to 4.5 GHz (with Intel’s new Turbo Boost Technology 2.0). The new processors will also carry hefty price tags. While the 14 and 18 core models have a TBD price, the 10 core Xeon W processor comes in at $1,440. 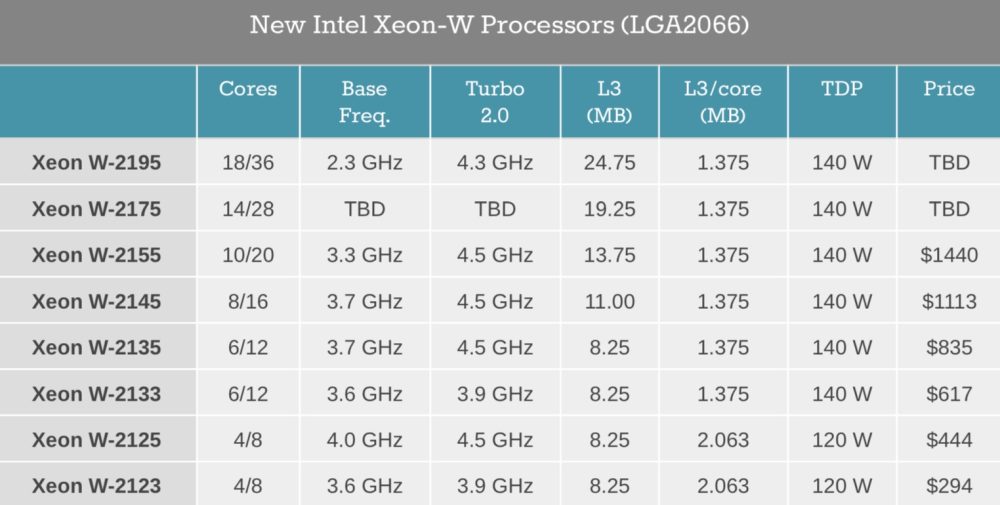 AnandTech notes the how the Xeon W processors sit in the middle between the Core i9 and Xeon SP processors:

Intel’s goal here is to hit something in the middle: an increase in price over Skylake-X [i9-7980XE] gets you more memory support, ECC, more PCIe lanes, and management features, but doesn’t go the full way to six-channels of DDR4 or multi-socket support.

Intel didn’t give specifics on when the new Xeon W series will be available other than Q4 of 2017. It’s possible we could see Apple use these new processors in its upcoming Mac Pro. However, if expectations of a possible launch waiting until 2019 turn out to be true, Apple could end up using something different.

There is also the possibility of Apple using these new Intel Xeon W processors in its upcoming iMac Pro, but it may be more likely to use Intel’s recently announced Core X series that also supports up to 18 cores and will be more affordable.