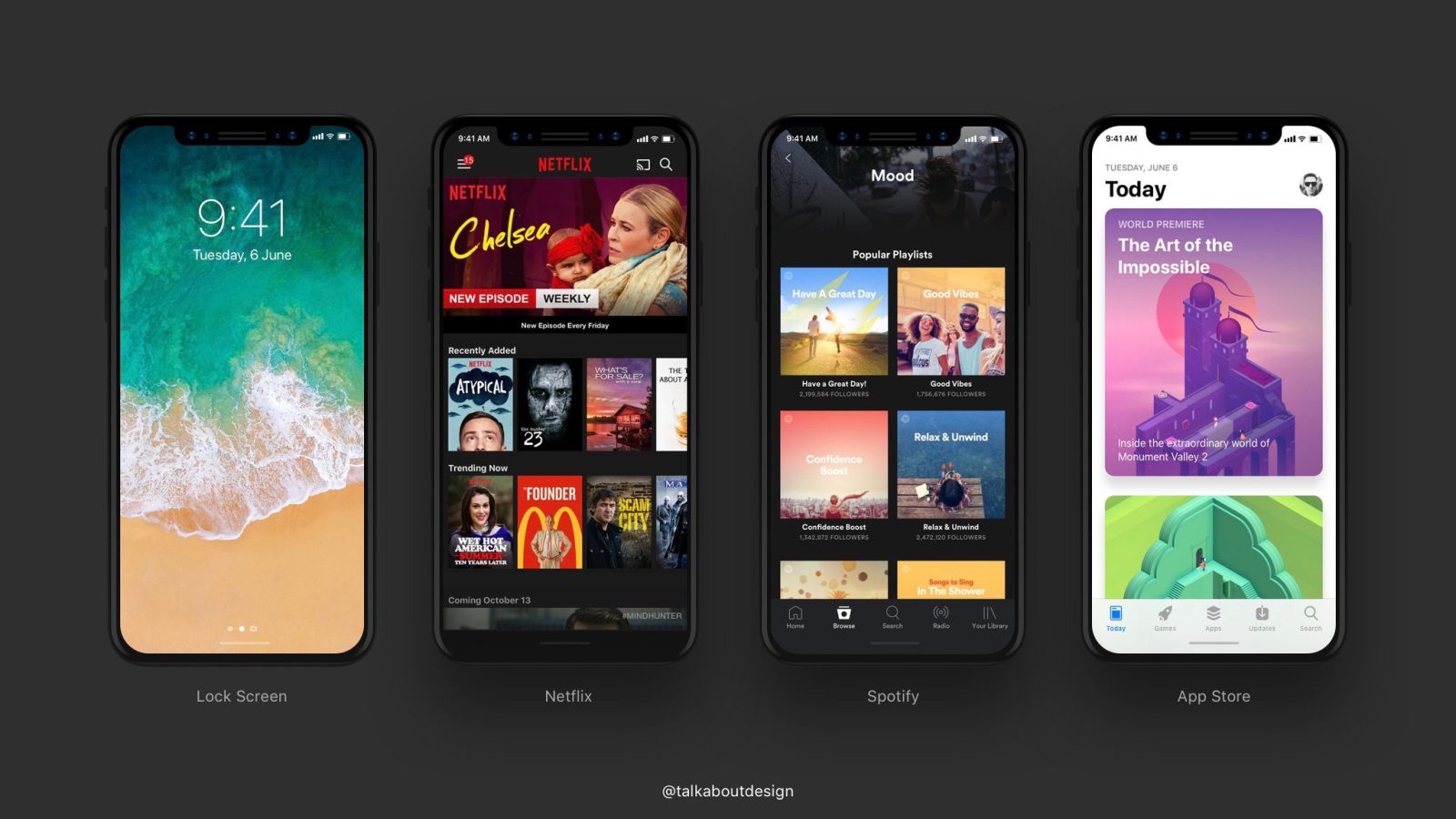 Earlier today, a report from Bloomberg offered a bit more information on the iPhone 8’s software interface, saying that the device will adopt the new dock interface used by the iPad on iOS 11. Now, new renders and a video show just what that could look like…

This morning’s report explained that the iPhone 8 would adopt redesigned multitasking and all-new gestures in order to accommodate its lack of Home button and bezel-less design.

A new video (below) from developer Guilherme Rambo shows what that dock would look like and how the gestures could be used for multitasking, as well as the new multitasking interface. The dock showcased here shows the same recently opened section on the right side as the iPad, which static apps located on the left.

Separately, a render from Olivier Charavel showcases the new dock as well as the new thin tab at the bottom of the interface. This tab will let users quickly access the multitasking interface. The notch cutout along the top is also prevelant, though the recently used dock section is missing. It’s unclear whether Apple plans to bring that to the iPhone or not, as it would take up a considerable amount of space.

Finally, new renders from designer Maksim Petriv further show how applications will look on the iPhone 8. With the notch cutout along the top, apps will conform around that and the updated status bar. This morning’s report explained that the time will be located on the “left ear” of the notch, while the right side will be home to the signal bars.

As Benjamin explained this morning, Apple is seemingly moving quickly towards gestures on the iPhone as it drops the physical Home button. Gestures have long been an integral part of iOS, but the iPhone 8 will increase that reliance.

Apple is expected to unveil the all-new iPhone 8 next month at an event. In addition to the interface changes, the iPhone 8 will bring an OLED display, an all-new glass design, and much more. Alongside the iPhone 8, Apple will announce a new 4K HDR Apple TV as well as a new LTE Apple Watch.

Check out the video and renders below. What do you think of how Apple could handle navigation on the iPhone 8? Let us know down in the comments.

This is what the floating dock looks like on an iPhone pic.twitter.com/BbKVIL7yO8