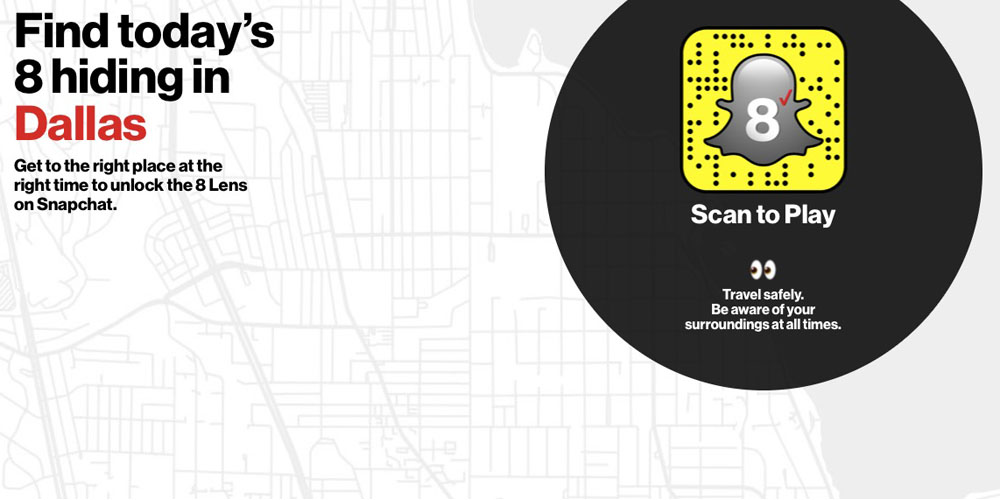 If you like the idea of the iPhone 8 but are less sure about laying out the cash for one, Verizon is offering you the chance to win one. You can track one down in an augmented reality scavenger hunt, and take a creative photo be in with a shot …

You’ll need to be in one of the eight U.S. cities where the hunt is running: Atlanta, Chicago, Dallas, Denver, Los Angeles, New York, San Francisco or Seattle. If you are, scan this code in Snapchat, and you’ll be sent clues to the places to go. Get to the right place at the right time, and you’ll see a virtual 8 in the app. Snap that, and you’ll be entered into the competition.

The 8s only appear at certain times. For example, some are only revealed in the rain and others only come out at sunset.

Snap the hidden 8 for your chance to win iPhone 8 on Verizon. The more creative you get, the better your chances.

As you’d probably guess, you can only activate one of the free iPhone 8 models on the Verizon network.

If, however, you want to buy one at an Apple store, you probably won’t face much of a queue …