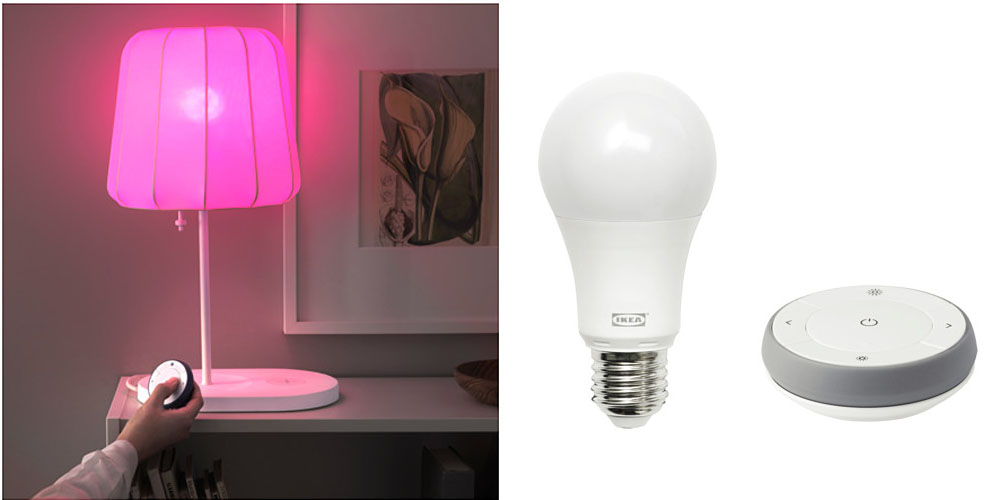 Ikea first announced it would be adding HomeKit compatibility to its smartbulbs back in May, finally pushing an update in August that added support. The first set of TRADFRI bulbs were white only – though offering a range of color temperatures – and it has now added the promised color versions …

As The Verge notes, there’s just one color bulb so far, an E27 one, and it comes with the hardware remote, so it may be some time before you can buy the bulbs on their own. The company appears to be aiming to appeal to non-tech customers, easing them in gently with an easily understood standalone remote before mentioning along the way that you can also control its bulbs using an app.

The good news, if you’re keen to get one, is that they appear to have good in-store availability across the USA. The bad news, based on my testing of the white ones, is that they are rather flakey. Personally, I’m sticking to Philips Hue.

Just today, Philips added HomeKit compatibility to its other products – the tap and dimmer switches, and the motion sensor, allowing these to be used to control any HomeKit devices, not just Hue bulbs.