After 20 years, AIM will officially shutdown in December 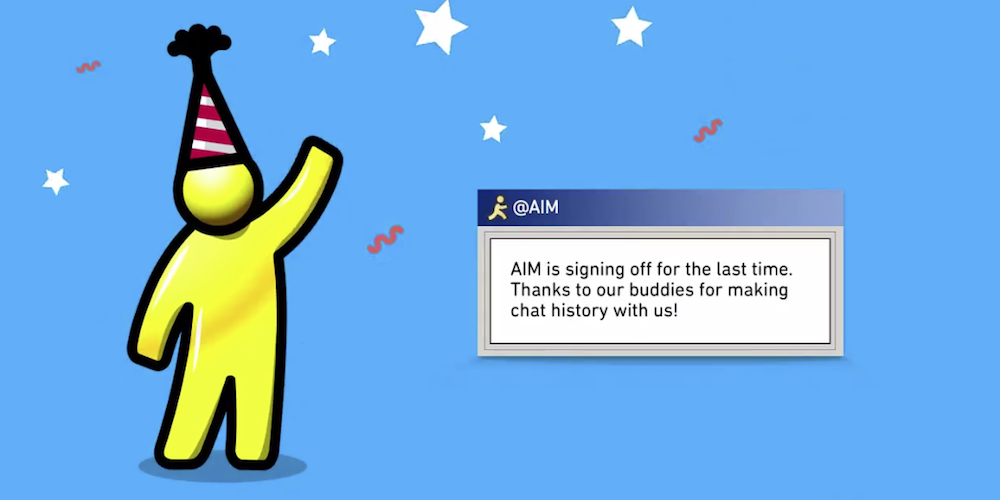 After first launching back in 1997, today word arrives that AOL Instant Messenger will officially shut down in December after a 20-year run:

AIM tapped into new digital technologies and ignited a cultural shift, but the way in which we communicate with each other has profoundly changed. As a result we’ve made the decision that we will be discontinuing AIM effective December 15, 2017. We are more excited than ever to continue building the next generation of iconic brands and life-changing products for users around the world.

The news comes straight from AIM parent company Oath, a spin-off created following the Verizon and AOL merger. The company’s VP of Communications Product Michael Albers made the announcement in a blog post, but didn’t confirm whether or not there were plans to maybe keep the AIM brand around or relaunch the product down the road.

The company first started shutting off third-party app access to AIM back in March of this year, but the service continued to be available through AOL’s own chat apps.

Albers added that the company is “more excited than ever to continue building the next generation of iconic brands and life-changing products for users around the world.”

You can read the full announcement here.