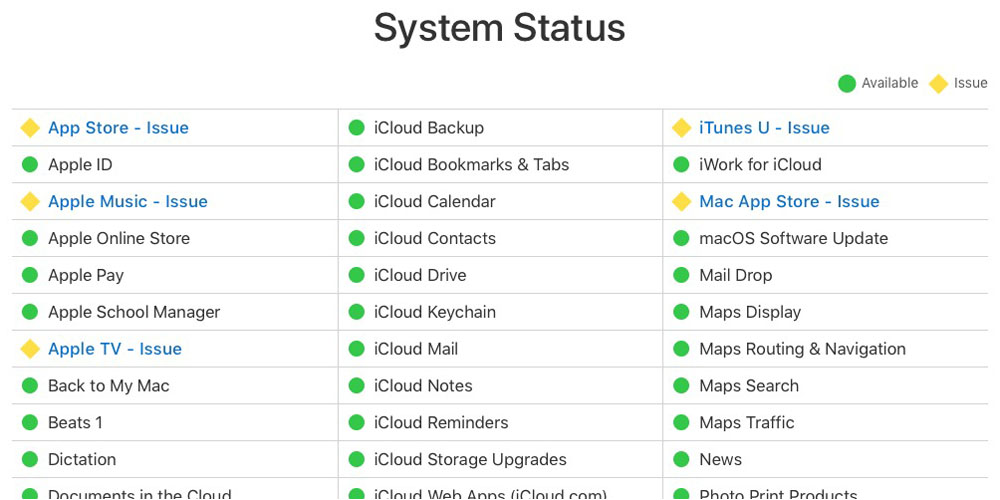 Apple’s system status page is displaying problems with a significant number of cloud services. At the time of writing, it is showing ‘intermittent issues’ for ‘some users’ for the following services:

Additionally, the corresponding page for developers is showing a similar message for both In-App Purchases and iTunes Sandbox.

Problems began yesterday, with Down Detector showing that 41% of those reporting a problem to its monitoring service were experiencing issues with downloads, 33% finding that the store won’t load or open, and 25% unable to login.

Please take our poll to give an idea of how many people are being affected. If you’re experiencing issues, please let us know the details in the comments.

The issue follows widespread downtime for iCloud Mail a month ago. However, while Apple has had a number of outages with its cloud services, these do seem to be less common than they once were.