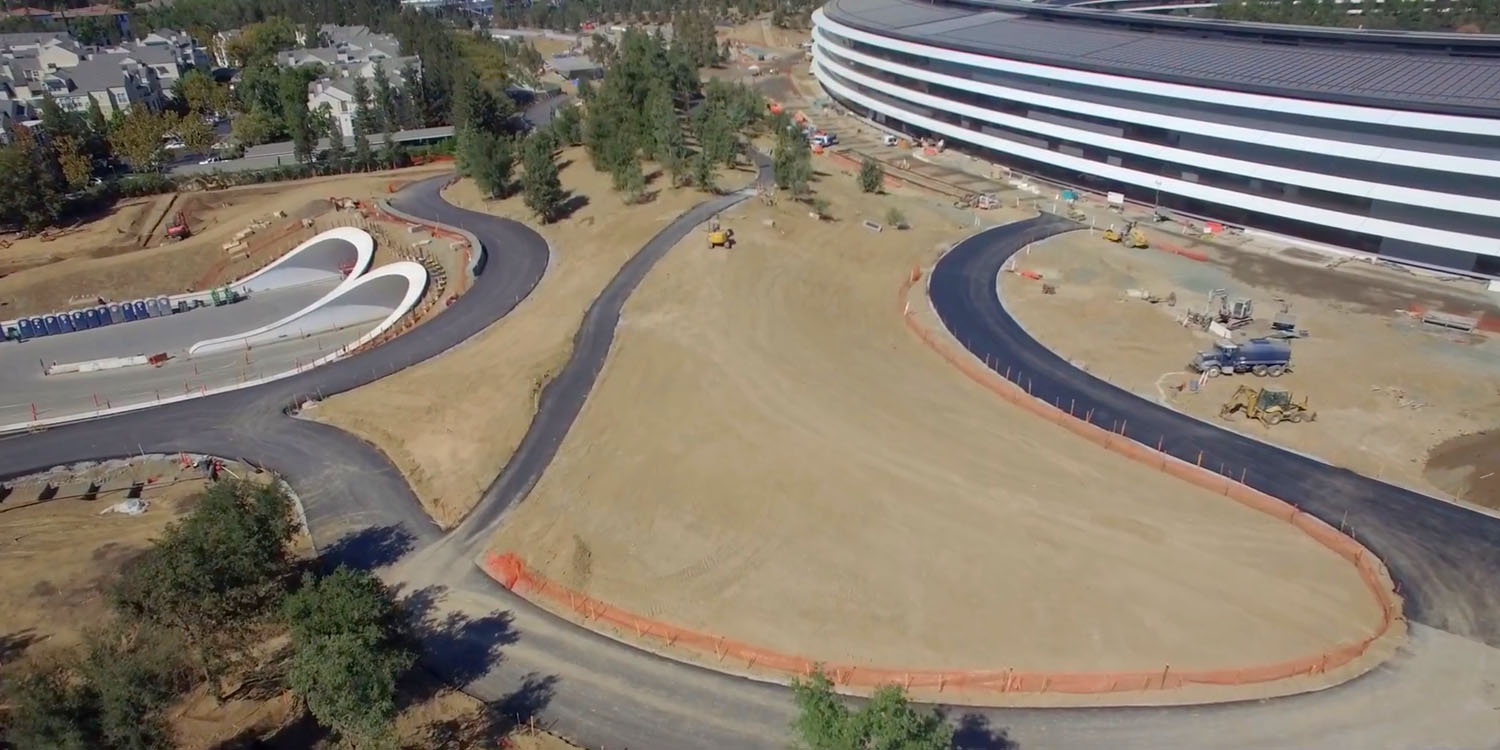 The latest 4K drone footage of Apple Park from Matthew Roberts shows some more finishing touches being carried out following completion of the main construction tasks.

We can see sports courts being built, adding to the on-site gym facilities already in place, along with paths being paved and more trees being added …

The main spaceship ring of Apple’s new campus is believed to be the fourth most expensive building in the world, at around $427M. If you’re wondering how that turns into the $5B estimated total for the project, the various elements add up – from $180M for the Steve Jobs Theater to $85M on landscaping and irrigation. Other major costs will include the land itself, IT infrastructure inside the building and the cost of relocating employees.

Roberts last took us on a drone flight through the campus last month, when he dropped down inside the ring at sunset.

The Steve Jobs Theater of course saw its first use at last month’s iPhone X event, with Steve himself putting in a virtual appearance. We took our own photos during our visit.

Apple has already begun moving employees into the new campus, with everyone expected to have completed the move by April of next year.