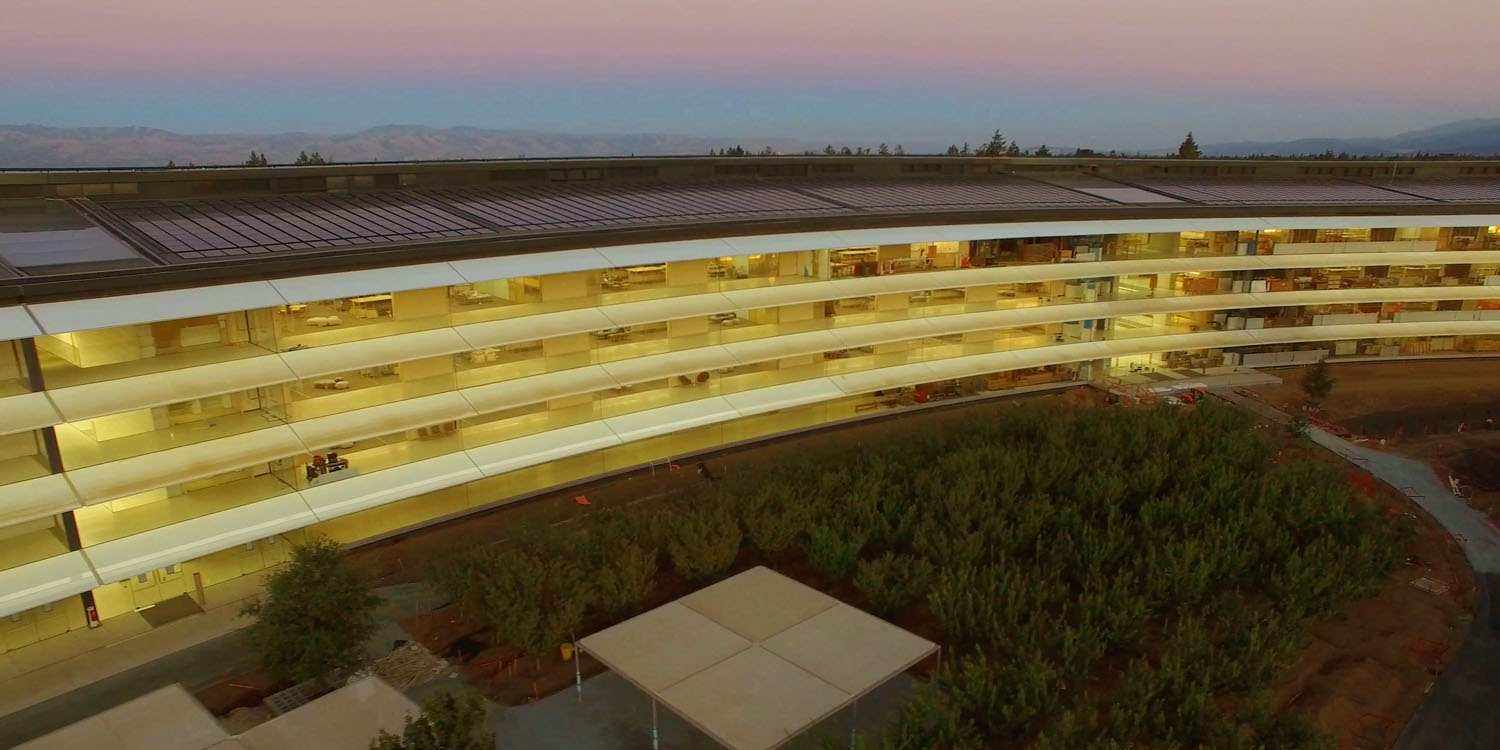 We’ve seen a lot more of the Apple Park campus thanks to the iPhone 8 launch in the Steve Jobs Theater, so the latest drone footage from Matthew Roberts doesn’t show us much we haven’t seen before, but it’s enjoyable eye-candy anyway.

The panels appear to be above an atrium area, and are likely designed to bring additional light into the centre of the building, so don’t really show us anything of the interior.

There isn’t much visible progress since we last took a look, but the landscaping work continues.

We took you inside the Steve Jobs Theater with a gallery of photos at the event, and Apple later shared some of its own shots.

Roberts’ previous drone visit, back in August, showed the landscaping in progress and a closer look at Apple’s preparation for the September event. Fellow YouTuber Duncan Sinfield gave us another look later the same month, including what turned out to be justified optimism about the Steve Jobs Theater being ready for the September event.

Check out the latest video below.