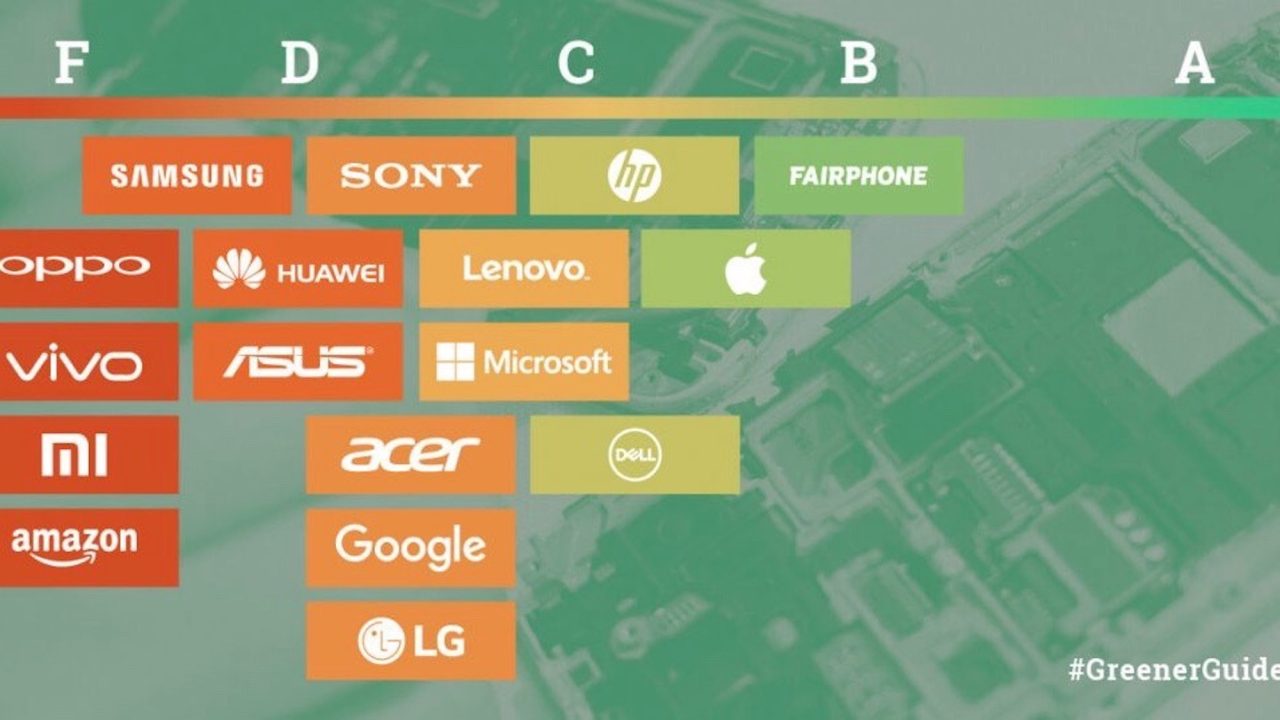 Greenpeace today has released a new version of its Guide to Greener Electronics. This breakdown offers a look at how several tech companies, such as Apple, Amazon, and Google, are handling their environmental and renewable habits. The organization gives Apple an overall grade of B-…

Mores specifically, Greenpeace gives Apple an A- in its energy efforts, a B in chemicals, and a C in resources. The organization praises Apple for its supply chain work and push towards renewable energy:

Apple has now succeeded in getting 14 suppliers to make near-term commitments to become 100% renewably powered for the Apple-related portion of the supplier’s energy demand.

Companies can start with setting a goal to reduce supply chain emissions like HP, or actively partner with suppliers to procure renewable energy like Apple.

Further building on supply chain praise, Greenpeace points to Apple’s promise of closing the supply chain as an example of progress being made in using secondary materials:

Few IT companies have incorporated recycled plastics in their products for several years, very little progress has been made in sourcing other secondary materials into new products. Apple recently committed to “closing the loop” for its materials, starting with tin and aluminum.

Greenpeace does, however, note that Apple is not doing much when it comes to repairability and renewable product design, noting of “planned obsolescence as a design feature.” The company writes, “Apple, Microsoft, and Samsung are among the companies moving in the wrong direction on sustainable product design.”

Apple continues to design products with proprietary parts to limit access and actively lobbies against right to repair legislation in New York and Nebraska.

It is reported that Apple and Sony have blocked attempts to strengthen environmental electronics standards that would encourage device designs that are easier to repair, upgrade, and disassemble for recycling.

It shouldn’t come as too big of a surprise that Greenpeace uses the resources category to drag Apple’s overall grade down. The organization has previously called out Apple for its poor repairability ratings and that doesn’t appear to be changing any time soon.

Apple has long been a leader in protecting the environment, with the company operating under the goal of leaving the earth better than they found it. That’s certainly highlighted by the Greenpeace report. View the full breakdown here.