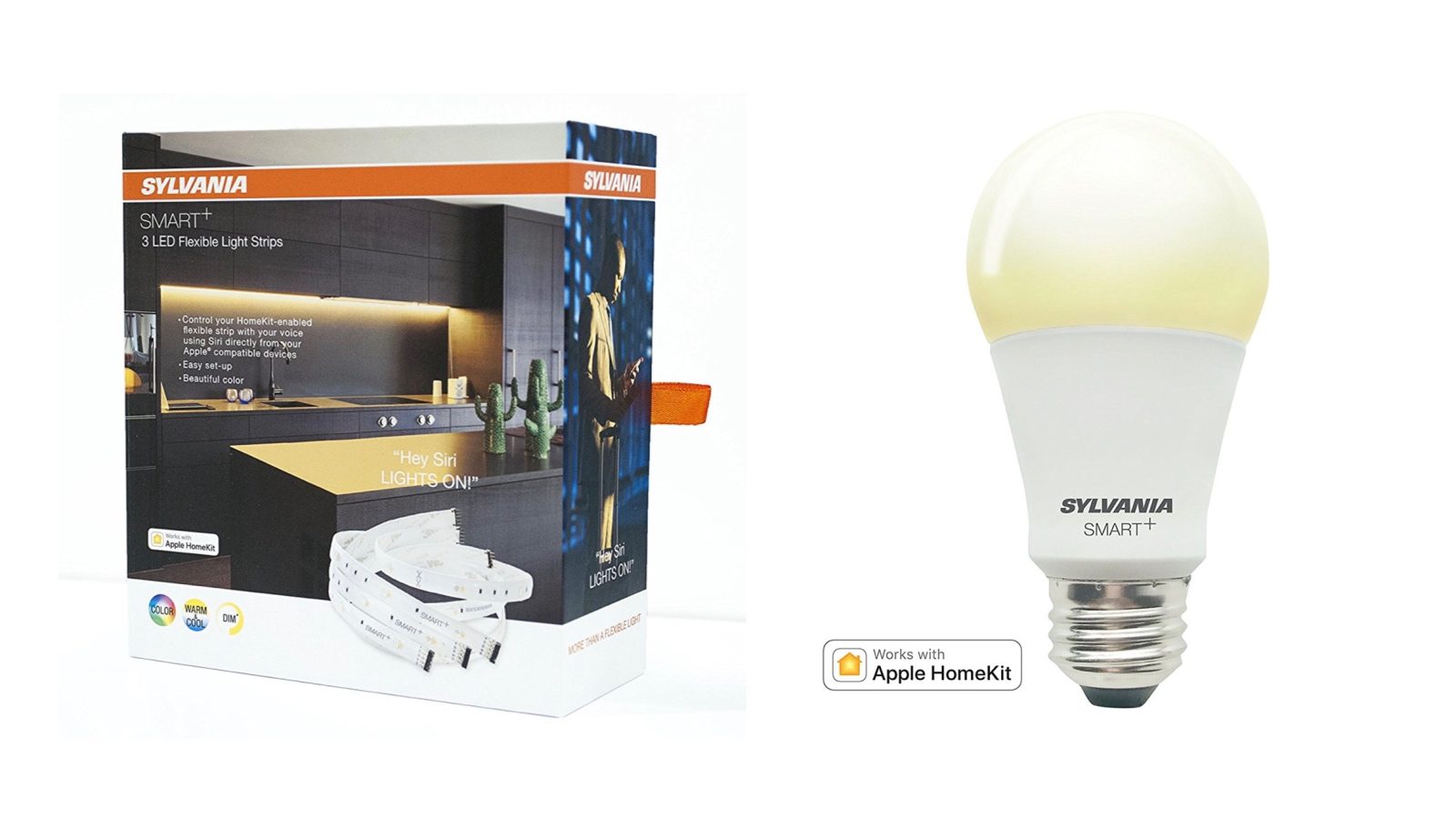 Sylvania has added two more products to its new hub-less Smart+ lineup, the LED Flex Strip along with an A19 LED Soft White bulb. The company has also announced that a smart plug will be available soon.

Sylvania, owned by LEDVANCE, first announced its full color LED A19 bulb back in August. With no hub needed and coming in at under $40 for the HomeKit supported bulb, Sylvania will likely give Philips Hue products some solid competition with its new Smart+ lineup.

In addition to the Full Color LED Bulb, Sylvania’s newest Smart+ HomeKit supported products (no hub needed) are the A19 LED Soft White Bulb and the LED Flex Strip.

The Soft White Bulb comes in at $26 and the Flex Strip is priced at $60. Compared to the Philips Hue options, Sylvania Flex Strip is about 30% less than the comparable $90 Hue LightStrip. However, white Hue bulbs can be picked up for quite a bit less than Sylvania’s new offering with prices as low as about $13/bulb.

With only a $12 difference between its Full Color and Soft White smart bulbs, Sylvania is definitely encouraging customers to go for the colored model.