iTunes U Collections officially moved to Podcasts app on iOS 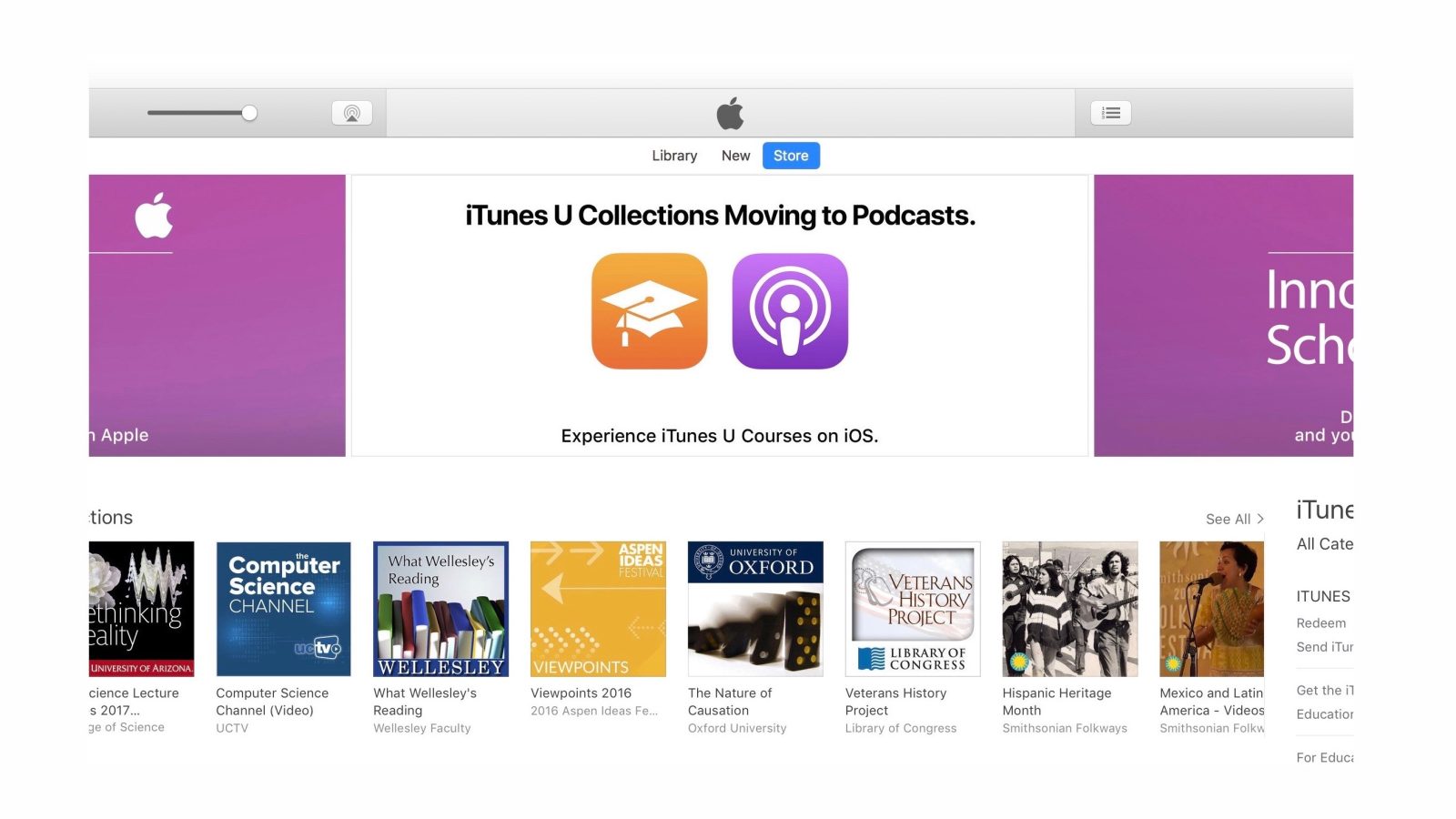 Apple today has updated its iTunes U app for iOS with a notable change. The update, which brings the app to version 3.6, follows precedent set by the most recent release of iTunes and moves iTunes U Collections to the Podcasts app…

Apple released iTunes 12.7 last month, and with it came the removal of categories such as iTunes U and the App Store. The iTunes U app for iOS has now received the same treatment as iTunes U Collections are now only visible in the Podcasts app on iOS or in the podcasts section of iTunes.

In addition to that change, the update also brings performance improvements and bug fixes:

iTunes U is available on the App Store for free.