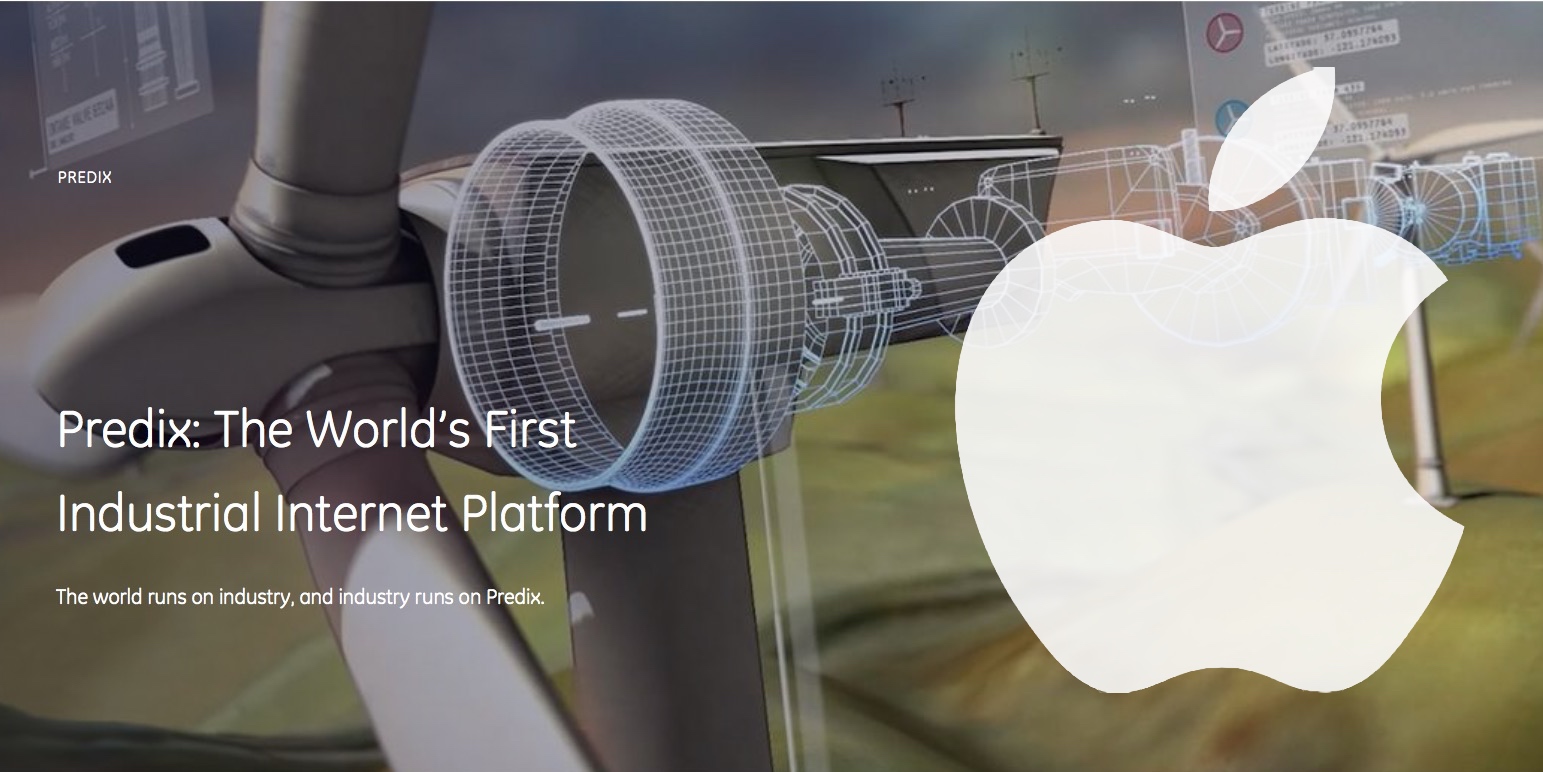 Apple and GE (General Electric) today announced a new partnership to build enterprise ‘industrial’ apps for the iOS platform. This includes a new development SDK focused on the Internet of Things.

Tim Cook said GE is an “ideal partner with a rich history of innovation”. GE will make apps for itself and its business clients, and deploy iPhones and iPad as standard across the organization.

Apple has partnered with several high profile companies to deliver iOS apps for enterprise, as it attempts to penetrate iPad deeper into the enterprise.

“GE is an ideal partner with a rich history of innovation across the industrial world in areas like aviation, manufacturing, healthcare and energy,” said Tim Cook, Apple’s CEO. “Together, Apple and GE are fundamentally changing how the industrial world works by combining GE’s Predix platform with the power and simplicity of iPhone and iPad.”

The Predix SDK will be released on October 26 for others to build apps upon. Predix enables apps to notify workers of equipment issues at a factory and quickly collect data for repair.

GE has announced it will ‘standardize’ on Apple products for its workforce’s mobile devices. This presumably means employees will transition to using iPhone and iPad exclusively. The company will also promote Mac ‘as a choice’ for desktop computers.

Apple has been looking to the enterprise sector as a key market for growing iPad sales which have slipped in recent years.

Apple CEO Tim Cook has said that whilst almost all Fortune 500 companies are testing iPads in the workplace, there is much room to expand the usage of iPads at each company.